As state government-required quarantines continue to drag on and social isolation has become the norm for Spring 2020, boredom is surely ripe among many housebound people. Waking up to and living within the confines of the same apartment, house, condo, dormitory, etc. makes for a not so stimulating visual experience. The following films include beautifully stylized visuals that are sure to bring color and aesthetic excitement to the backdrop of any individuals’ quarantine setting.

Right off the bat, director Baz Lehrmann is well-known throughout the film industry for his fantastically fashioned mise-en-scene. His film Moulin Rouge! is visually explosive, with a quirky and bizarre narrative to match. The basic premise is that Christian, a young writer who’s a part of an aspiring performance group, falls in love with a dancer and prostitute named Satine, who is the star of the club Moulin Rouge. Christian’s group gets backing to put on a performance at the Moulin Rouge, on the condition that the investor has an exclusive relationship with Satine. Christian and Satine rebel against this negotiation and fall in love in secret, while the show is prepared for. Their love faces twists, turns, and tragedy, but is captured as remarkably beautiful in the end.

Moulin Rouge! is also a musical, with the songs including a vast range from The Police’s ‘Roxanne’ to a short use of Nirvana’s ‘Smells Like Teen Spirit.’ The variety in musical choice adds to the uniqueness of the plot and the extravagance of the visuals. The set itself is drenched in a deep red- from the velvet curtains of the stage to Satine’s lipstick to the feathers of the cabaret dancers’ costumes. The lighting, costuming, and sound all work together to make the film an extremely memorable one. 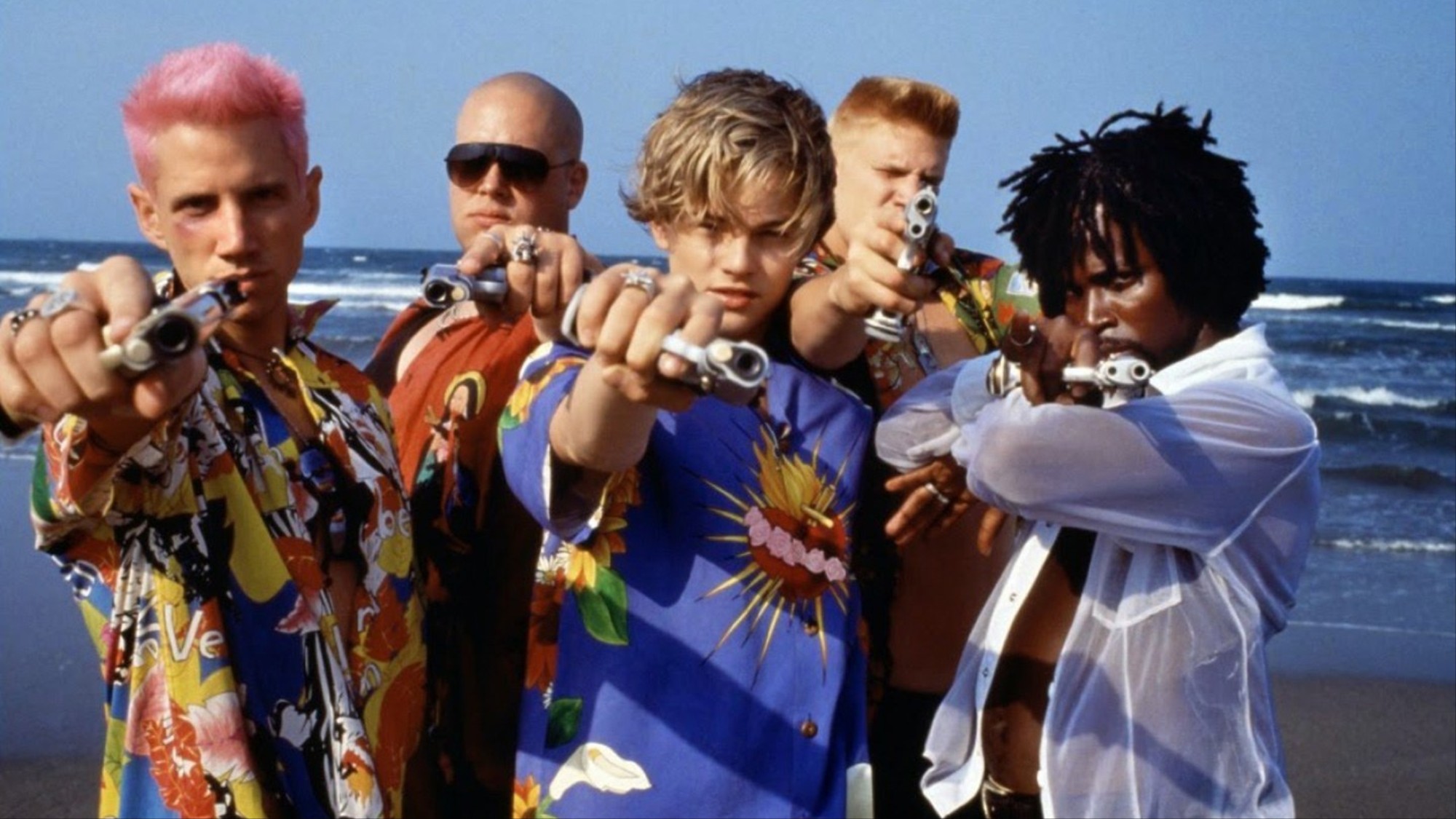 Baz Lehrmann also directed the 1996 version of Romeo and Juliet, set in a contemporary beach town that resembles California. This film is hyper-stylized, with the dueling Capulets and Montagues cast as contending gangs, their various members clad in Hawaiian polos and slinging shiny pistols. The entirety of the film is spoken in Shakespearean English, making the only thing truly contemporary about the film its visuals. A young Clare Danes as Juliet and Leonardo DiCaprio as Romeo comprise the most memorable visual aspect of the film as the two dress as an angel and a knight respectively for a costume party where they meet. 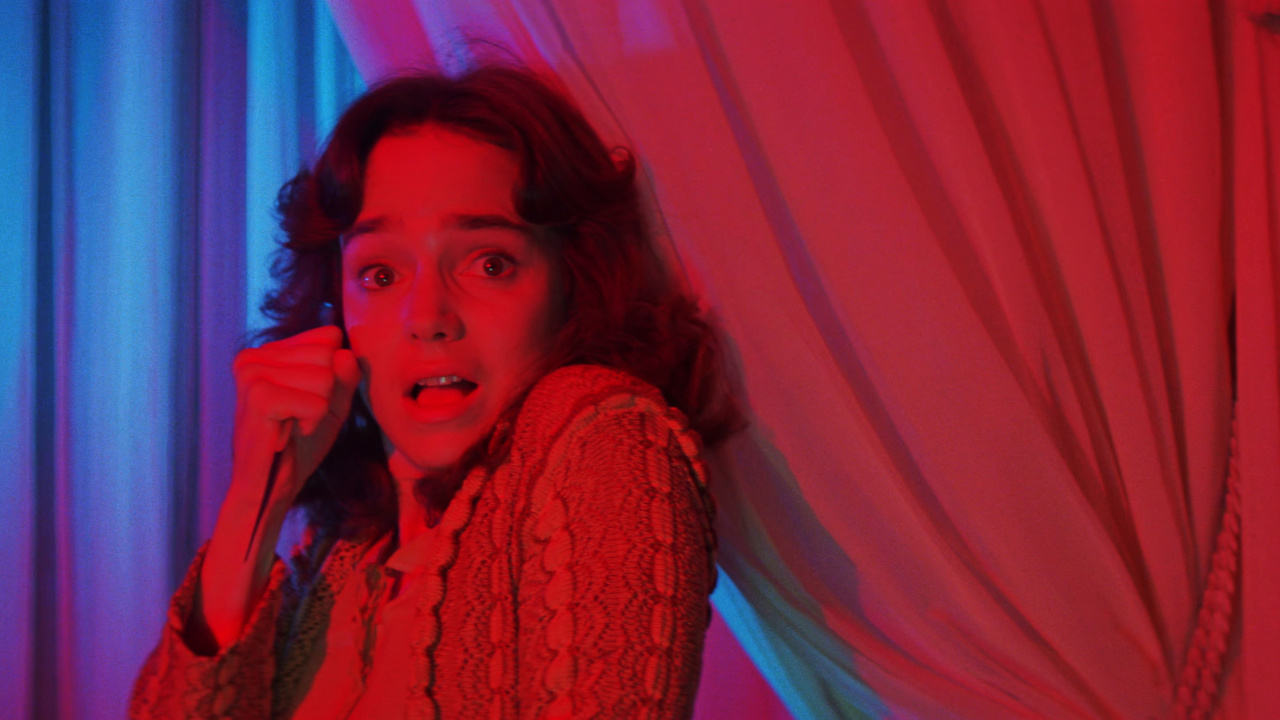 Suspiria (1977) is likely regarded as an aesthetically prominent film, specifically in the genre of cult horror. The plot revolves around a German ballet school where a violent murder has taken place. A new dancer, Suzy, is destined to discover the underpinnings that have created an air of evil throughout the school. The academy is revealed to have a past and present leadership heavily influenced by the occult, specifically a coven of witches. Now it’s up to Suzy to stop them before they can get to her.

Taking lots of influence from German Expressionism, the film is highly saturated in color, especially red, and uses dark, shadowy elements in its setting to create an ambiance of horror. Pretty much any shot in Suspiria is artistically composed, even including the various grotesque scenes that depict gory deaths or maggots falling from the ceiling. Regardless of its content, the scenes in the film are shot with consistent artistic intent and make even the most gruesome of scenarios palatable through their appealing design. 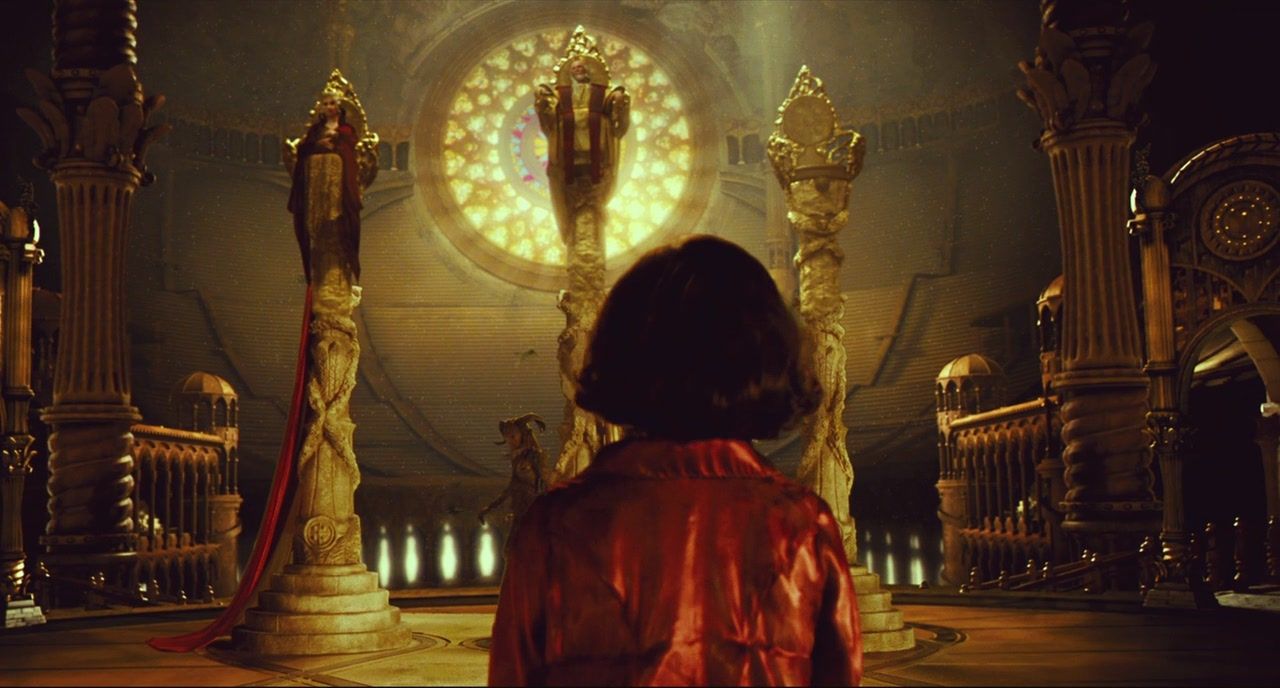 Pan’s Labyrinth is a narrative with a similar aesthetic influence of German Expressionism. Directed by Guillermo del Toro, the film takes place in 1944 Spain and centers around the family of Ofelia, a young girl whose mother is pregnant but ill and is marrying a Captain of the authoritarian government. Ofelia must navigate the darkness of her reality and dying mother, all while traversing the magical realm of a labyrinth that she discovers near her new house.

The film is categorized as fantasy but could easily be argued as taking influence from the horror genre, as many of its plot devices, settings, and characters are undoubtedly dark spirited. Pan, a faun who lives in the labyrinth, tells Ofelia that she is the princess of the underworld and must complete three tasks to return to her true home. Ofelia comes across terrifying creatures, including even Pan itself, despite their friendly demeanor. Pan’s Labyrinth has been recognized by the Academy for Best Production Design.

Wes Anderson’s The Grand Budapest Hotel is another well-known visual treasure. Anderson’s film all exhibit a very distinctive style that expresses a lighthearted air to it. The Grand Budapest Hotel is about a mountain lodge run by the concierge M. Gustave, whose personality truly accounts for the charm of the hotel. He also happens to sleep with many of the elderly women who visit Grand Budapest with their families. One woman with whom he had an affair, simply referred to as Madame, dies mysteriously and leaves her most prized possession to Gustave. Zero, Gustav’s right-hand man and lobby boy, must save the hotel’s icon from trouble that descends upon him after his mistress’ death.

The hotel, depicted in its prime during the 1930s, is immaculately kept by its equally immaculate staff. The cast of characters in this film are just as stylized as the set or their costumes. Dmitri, one of the plot’s antagonists, is a tall, dark, and menacing bad guy, made obvious initially solely by his appearance. Agatha, Zero’s love interest, is a rather plain girl, but is characterized as soft and lovely, with a pink birthmark on her cheek making her face distinct. Anderson’s characters and casting choice add just as much to the value of his narrative as his material mise-en-scene does.

Last but not least goes a mention to Polish director Krzysztof Kieslowski’s Three Colours trilogy. The three films released between the years 1993-1994 and are based upon the three colors of the French flag; blue, white, and red. Additionally, the three films are loosely based upon the ideological themes of France’s maxim- liberty, equality, and fraternity. Each colored themes is directly related to the prominence of the hue in the films’ scenes, focusing on different narratives but connected by a common motif- the story links a character to their past.

Any of the above films will surely transport their spectators out of the dullness they may be finding in the minutiae of their daily lives. Each film, or series of films, totes its own unique aesthetic style and will surely provide a visual stimuli for anyone craving some exciting sites despite not being able to leave the house.