A day of big news and updates on stuff that happened the first couple days. Let’s start with what is far and away the biggest story of them all. Batman/Superman Team-Up Movie Coming: The scene: the Warner Bros. panel. Near the end. Man of Steel director Zack Snyder comes out to tease Man of Steel 2, which we all already knew about. But then he brings out Harry Lennix (General Swanwick in Man of Steel) and – with the the careful caveat that it does not signal a big-screen adaptation of the material – Lennix reads this:

Which are, of course the words of Batman to Superman in Frank Miller’s classic graphic novel The Dark Knight Returns. Meaning yes, Man of Steel 2 is actually a Batman/Superman crossover pic. And when you think about it, this is really a brilliant move on the part of DC and Warner Bros. Batman and Superman have a long history of working with (and against) each other, and many of the people most likely to go see this new movie grew up on the Batman and Superman animated shows of the ’90s, which featured a number of crossover episodes. The new movie is due in 2015 (axing almost all suspicion that this could be in addition to Man of Steel 2 rather than instead of it), and will likely be followed by the already in-development Flash movie in 2016 and a full-roster Justice League flick in 2017. So DC will be going head to head with Marvel’s Phase 3. Should be a rockrolling good time.

Zack Snyder will direct the new movie, which is being written (as previously reported) by David Goyer. The Batman in the film will be entirely separate from the Christian Bale iteration in the Dark Knight trilogy, but Christopher Nolan will continue to executive produce (as he did on Man of Steel).

BURBANK, CA, July 20, 2013 – On the heels of the worldwide success of “Man of Steel,” director Zack Snyderis bringing together the two greatest Super Heroes of all time—Batman and Superman—for the first time on the big screen. The announcement was made today by Greg Silverman, President, Creative Development and Worldwide Production, and Sue Kroll, President, Worldwide Marketing and International Distribution,Warner Bros. Pictures.

The current hit, “Man of Steel,” has taken in more than $630 million at the worldwide box office to date, and climbing. Along with its star, Henry Cavill, the upcomingfilm brings back Amy Adams, Laurence Fishburne and Diane Lane. The new Batman has yet to be cast.

Snyder is co-writing the story with David S. Goyer, who will then pen the screenplay. Production is expected to begin in 2014, with an anticipated release date inSummer 2015. 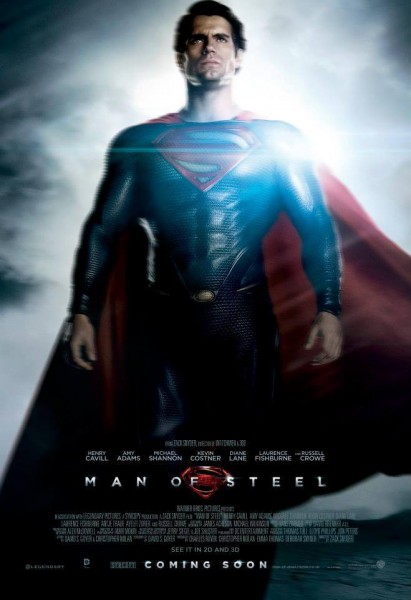 Silverman stated, “Zack Snyder is an incredibly talented filmmaker, but beyond that, he’s a fan first and he utterly gets this genre. We could not think of anyone better suited to the task of bringing these iconic Super Heroes to the screen in his own way.” Kroll added, “We are thrilled to be back in business with Zack and his team on this next movie. The success of ‘Man of Steel’ is a wonderful testament to the love and support that both fans and new audiences, worldwide, have for these characters. We are very excited to see what Zack has in store for all of us.”

Diane Nelson, President, DC Entertainment, noted,“Superman and Batman together on the big screen is a dream come true for DC fans everywhere. All of us at DCEntertainment could not be more excited for Zack’s continuing vision for the DC Universe.”

Zack Snyder, who made a surprise appearance at Comic-Con today, breaking the news to audiences there, later said, “I’m so excited to begin working again with Henry Cavill in the world we created, and I can’t wait to expand the DC Universe in this next chapter. Let’s face it, it’s beyond mythological to have Superman and our new Batman facing off, since they are the greatest Super Heroes in the world.”

The new film brings back Charles Roven and Deborah Snyder as producers. This time, Christopher Nolan and Emma Thomas are serving as executive producers, along with Benjamin Melniker and Michael E. Uslan.

Thomas offered, “Whilst our ‘Dark Knight’ trilogy is complete, we have every confidence that Zack’s fresh interpretation will take the character in a new and exciting direction. His vision for Superman opened the door to a whole new universe and we can’t wait to see what Zack does with these characters.”

All The X-Men Show Up: Days of Future Past is going to be a pretty crazy movie. It ties together the original three X-Men movies with the more recent prequel First Class, but it does so via some time-bending shenanigans that mean we get to see both Michael Fassbender and Ian McKellen (Magneto), James McAvoy and Patrick Stewart (Professor X). All four of them were at Fox’s Comic-Con panel, as were Ellen Page (Kitty Pryde), Shawn Ashmore (Iceman), Anna Paquin (Rogue), Halle Berry (Storm), Hugh Jackman (Wolverine), Jennifer Lawrence (Mystique), Nicholas Hoult (Beast), and Peter Dinklage (Bolivar Trask). Sound like a scheduler’s nightmare? Director Bryan Singer, certainly through so, although he also was quoted as saying he loves ensemble films. And X-Men movies, it seems; Days of Future Past will be his fourth, following X-Men, X2, and First Class.

Cuaron Apologizes For Gravity Trailer: “There is no sound in space,” explained the director. “They put in explosions [for the trailer].” “In the film, we don’t do that.” Sandra Bullock also made an appearance at the Gravity panel to much applause and talked about the look of her character, her training for the role, and the intense, insular rig used to shoot her parts. An extended clip of George Clooney and Bullock making station repairs prior to the disaster (those explosions) was also screened.

New Trailer For Catching Fire: The Hunger Games sequel appeared with cast in tow at Lionsgate’s panel, and they had a new trailer to show:

Jennifer Lawrence also shared set stories about her enduring awkwardness and her favorite dresses (several of which can be seen in the trailer).

Tom Cruise Makes First Ever Comic-Con Appearance: Not for Mission: Impossible. Not for Oblivion. Not for for War of the Worlds, or Minority Report, or The Last Samurai. Tom Cruise has never before been to Comic-Con, but he was there this year in support of Edge of Tomorrow, his newly-retitled sci-fi action film (previously called All You Need Is Kill) that has a logline that sounds like macho Groundhog Day:

A soldier fighting in a war with aliens finds himself caught in a time loop of his last day in the battle, though he becomes better skilled along the way.

The script, which Cruise praised lavishly, comes from Christopher McQuarrie, who won an Oscar for The Usual Suspects but has been on a downturn recently with Jack the Giant Slayer and another Cruise vehicle, Jack Reacher. Edge of Tomorrow is due next summer. Veronica Mars Footage Is Here: Yesterday we told you that there was a trailer for the new Veronica Mars movie. Today, we’ve got the goods, plus a lot of behind the scenes footage, especially about the project’s wildly successful kickstarter, which the production has released:

LEGO Movie Reveals Voice Talent, Animation Techniques: We’re on record as loving the visual style of the forthcoming The LEGO Movie, praising it’s authentic look. Well, it turns out there’s a reason for that. “Part of it is CG and part is real,” explained co-director Chris Miller. “We don’t want people to know which is which.” In addition to the voice cast that includes Chris Pratt, Will Ferrell, Morgan Freeman, Will Arnett, Elizabeth Banks, Liam Neeson, Alison Brie, and others, it was also announced that Channing Tatum will be voicing Superman, while Jonah Hill is Green Lantern and Cobie Smulders will inaugurate Wonder Woman onto the big screen. The LEGO Movie panel also screened some footage, including Lego-ified video of the auditions for the film. I, Frankenstein Screens Footage, Explains Concept: You’d think Frankenstein’s monster wouldn’t need much explanation nowadays. Mary Shelley’s novel which invented the creature is now nearly 200 years old, and has undergone numerous retellings through the years. Then you hear Kevin Grevioux, author of the graphic novel on which the new movie is based, say he was trying “to find a way to make Frankenstein an action hero.” Oh.

The film, which stars Aaron Eckhart as the famous undead creation, portrays Frankenstein’s monster as an immortal creature who becomes caught up in a war between demons and gargoyles upon which hinges the fate of humanity. If the concept sounds a little familiar, it may be because Grevioux is also the man behind Underworld. I, Frankenstein is intended to be a modern take on the monster, and will be action (and apparently CGI) heavy.