Jennifer’s Body has been long hailed, since its 2009 release, as an iconic feminine horror film and hailed for its queer subplot. The film itself has gained a sort of cult following, especially among young female and queer adults, especially for its leading actress Megan Fox and her character in the film. But what many of these fans may not know is that a Canadian horror film with almost a completely parallel plot preceded Jennifer’s Body with its 2000 release, titled Ginger Snaps. This film is equally filled with gruesomely transforming teenage girls who have a craving for blood and power, showcasing a congruent manifestation of the female form; one that is horrifying. 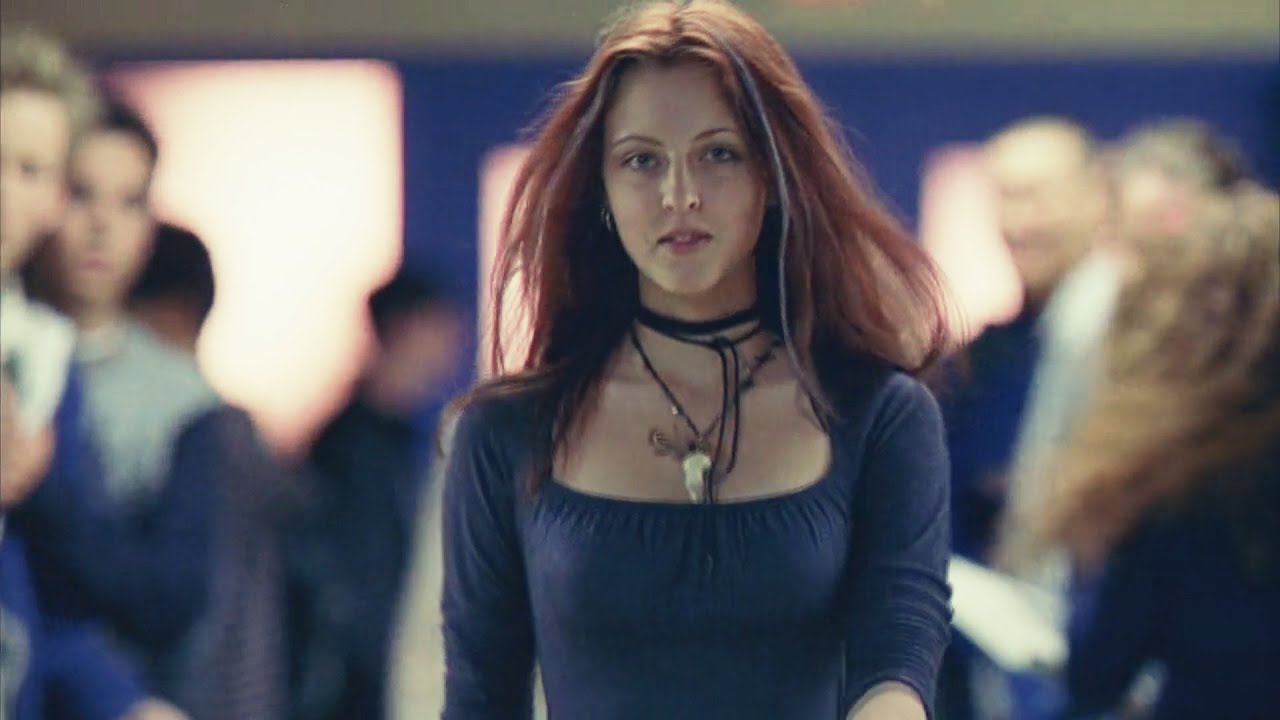 Ginger Snaps revolves around two central characters, sisters Bridgette and Ginger Fitzgerald as their town become subject to a plague of canine killings. The duo embodies an angsty, if not slightly sociopathic obsession with death, with suicide-themed photoshoots as their character quirk. When the two plan to scare a popular girl from their high school by stealing her dog, Ginger receives her first period and is savagely attacked by a creature, only narrowly escaping its bloodthirsty claws. Soon after the attack, it’s obvious that something isn’t quite right; Ginger’s wounds heal too quickly, she starts growing fur and a tail, and is acting extremely sexually aggressive, which starkly contrasts with her previously pietist affect towards sex. A spiral of out of character behavior then ensues, with Ginger beating up her classmate, having sex with a previously unappealing boy, and even eating a neighbor’s dog. Bridgette works with a local drug dealer, Sam, to conclude that Ginger must have been bitten by a werewolf, and the two devise a cure to the violent plague which has taken over Ginger. When the pair try to administer the panacea to Bridgette’s sister on Halloween it ends in a bloody confrontation.

Jennifer’s Body’s plot similarly hinges upon supernatural transformation and the consequential demonization of sexual aggression. The plot focuses on a strong female relationship as well, with main character Needy situated as popular cheerleader Jennifer’s best friend. One night, after leaving a venue with a local rock band, Jennifer returns from the night’s excursions changed; vomiting black sludge and sleeping with and killing a football player. After sleeping with and killing her next victim, Jennifer reveals to Needy that the rock band had taken her to the woods and offered her as a virgin sacrifice to Satan, which Needy discovers has led to Jennifer’s state as a succubus. Jennifer needs to feed on men in order to remain strong but comes on to Needy in a way that does not seem to threaten violence and securing the film’s place as an iconic queer reference piece.

In both films, the female body is politicized by its forcible transformation into something violent and terrifying with the onslaught of puberty and, mostly, of sexual activity. From a very basic perspective, it is easy to write this apparent demonization of female characters as a subsequent villainization of their sexual autonomy. In a way, these movies do demonize women and their sexual desires, equating both of which with gruesome scenes full of gore and gnarly evolutions into supernatural creatures which strip the women of their humanity. Quite literally Jennifer and Ginger’s mutations can be seen as the ugly manifestation of female sexuality and desire being represented as a horrific creature on screen. If seen from a very superficial level, the horror that is associated with women in these films might be seen as offensive, as comparing female sexuality to violence and destruction is obviously insulting to the sexual autonomy and liberation that feminists have fought to secure for women in modern society. But this perspective is a pretty easy write off of the films and the potential both of them have for the ushering of feminist goals within the film industry.

This trope of using sexuality as a center point for horror is not new to these films or remotely revolutionary. Sex and sexual promiscuity have been factors that determine characters’ susceptibility to violent outcomes in horror movies practically since the conception of the genre. Yet both of these films take a pointed perspective in framing girls on the cusp of their womanhood and sexual identity as the perpetrators of such violence, rather than the victims of it in the films’ plot. No longer are the pretty, sexually promiscuous teenage girls being slaughtered by chainsaw waving psychopaths or being hunted by some bloodthirsty demon as punishment for their carnal behavior.

The evil form that Jennifer takes on is a direct result of the patriarchal fetishization of the construct of virginity. Her character works to dismantle this construct by taking the form of a succubus, a female demon who kills the men she seduces, and taking back the power in her sexuality from the grasp of the men had assigned it to her in the first place. The evil form that Ginger takes on allows her to enact her power on the horror plot that surrounds her, as she takes on the role of a creature that is frequently connotated with masculinity and reclaiming that form as distinctly female. Ginger and her supernatural abilities work to disrupt the patriarchal power dynamic of sex, just as Jennifer’s did; she uses her classmate to fulfill her sexual urges, exploiting him in exchange for his objectification of her.

These newly promiscuous young women who are enacting their power on the horror plot that surrounds them, and on the genre as a whole. Ginger and Jennifer’s characters seem to be aware of the politicized gender structures which typically works to define them in the horror genre. Both characters are literally situated in the forms which normally wreak havoc on helpless women in films, as they turn from protagonist to antagonist. They reject the typical role of femininity in horror, expressing their sexual desires, their autonomy, and enacting violence against the men who would typically be harming them, thus refusing to be victims of anyone other than themselves. More or less, these female characters establish their autonomy by straying from the typical horror film narrative which necessitates the presence of an evil man to move the action of the plot along. Jennifer even furthers this rejection of heteronormative patriarchy by expressing her interests in women, rejecting the necessitation of men in the formula for female sexuality. Over all, although Ginger Snaps and Jennifer’s Body may appear to demonize the female existence, both work to resituate women and their sexual identity within the horror genre and in patriarchal society as a whole.