Streaming or Movie Theater? The Impact of Covid-19 and the Future of Cinema

There is nothing quite like going to the movie theater. Although one can watch a movie from the comfort of their home, venturing out to the theater is always a fun experience. It doesn’t matter if the film you see is good or bad, but sitting in a dark room with numerous people in attendance and when those house lights dim, you know that it’s showtime. The Covid-19 pandemic has had a major impact on the human population and businesses alike. It was announced on March 18, 2020 that all AMC theater location would be closed due to the rise in cases from the Covid-19 pandemic. It was a devastating blow to the business and audiences who missed having the “movie theater experience.”

Now, I mention AMC Theaters simply because they are the largest movie theater chain in the world. According to a report published by Variety, AMC Entertainment lost $4.6 billion in total net loss in 2020 alone. After all movie theaters were shutdown, box office sales plummeted and many movies were left in limbo. In fact, Bad Boys For Life was the highest grossing movie in 2020 with sales reaching just barely above $200 million. Compare that to Avengers Endgame which grossed $850 million in the United States. From March all the way to August, AMC Theaters was closed leaving many to wonder if the movies were ever going to come back. That resulted in the next best thing…streaming from home.

So, looking back, how has AMC Theaters done since reopening? When the cases numbers were dropping and vaccinations rates were going up, more and more people returned to the theaters; but now that the cases are going back up, what does the future hold? And what is really better; going to the theater or streaming at home?

As said before, AMC Theaters was dealt a heavy blow following the closing of their theaters. What was supposed to be just six to twelve weeks turned into nearly five months of lost revenue and audiences missing out on the biggest movies. For example, Fast and Furious 9, Black Widow and Godzilla vs. Kong were among the biggest movies that were delayed until 2021. While each of those aforementioned films have performed well in terms of sales, they don’t compare to the usual summer releases from previous years.

With AMC bleeding dry, Universal Pictures offered to release films on demand following a release on streaming platforms. A win-win for audiences but AMC wasn’t happy with the agreement initially. It wasn’t until July of 2020 that was dispute was finally settled and an agreement was reached. HBOMAX, Amazon Prime, Disney +, Netflix and numerous other streaming services started to release movies on demand following a theatrical release. HBOMAX had the biggest movies such as Godzilla vs Kong and Wonder Woman 1984. It sounded like a solid idea, but in reality, the movie industry suffers from streaming.

In easy terms to understand this when one goes to the theater to purchase a ticket, that one ticket goes straight to the box office to record the sale of that movie. With streaming, one person pays for the subscription while others can join in and watch the movie. In essence, streaming is a good alternative to combating the virus but in terms of business, it hurts the movie industry.

While on demand is a nice feature to have, I have heard some complaints from my friends when mentioning the prices of movies to rent, or more specifically, the astronomical prices to rent or own a movie on Disney +. This is mainly to combat the loss of prices for 2020 and while paying $30 dollars for a movie on Disney + might seem harsh, at the very least, you pay much more when going to the theater. So, in mentioning that, how have the prices changed for theaters?

One way that AMC Theaters has been surviving is reducing the amount of shows they play, increasing the tickets prices to fifty cents per the national average of a movie ticket which is about $10 dollars and increasing the prices at the concession stands.

During the shutdown of the theaters, AMC installed upgraded air filtration systems and employees carry disinfecting sprayers when the film concludes so that the theater can be properly cleaned upon the next show. Movie theaters do have a rule that attendees should wear a face covering if they aren’t vaccinated, but if you are vaccinated then masks don’t apply to you.

With the recent rise in cases due to the Delta Variant spreading across the country, no new guidelines have been announced as of recently. During the initial opening of the theaters, the auditoriums were only allowing forty percent capacity in order to allow social distancing, plus wearing a face covering was required at the time. Personally, I enjoyed entering a theater where social distancing was enforced. I was able to spread out and enjoy my space. Though in all honesty, I do also miss the experiences of a packed theater.

While it was a treat to return to the theater, the box office itself hasn’t seen the massive influx of sales either. This could be attributed to attendees being apprehensive about going to the theater when the infection rate is increasing, or the availability of streaming at home. In terms of North American sales, Black Widow has only earned $176 Million, the highest grossing film in the United States at this present time.

It is uncertain if the movie theater industry will survive the pandemic but according to a recent report, AMC did fair better than expected in the third quarter. While Black Widow did perform well, another film recently has proved successful at the box office and that is Suicide Squad, which opened to a modest return of $26 million, the highest opening for a R-Rated movie this year. Along with Mortal Kombat, R-Rated features are bringing people back to the theater. I think it will be a slow start to start seeing the revenue from past years but other big movies due out later this year could give us a prediction of how the movie theaters could fair come winter.

Some of the biggest movies include Dune, No Time To Die, Halloween Kills, Resident Evil: Welcome to Raccoon City, Spider-Man: No Way Home, The Matrix 4 and The King’s Man. The latter two will be more than likely R-Rated and do have a large fan base. It’s nice to see the movie theaters open again but if I were to make a prediction, it will take more than a year or possibly two to see the usual high opening weekends the way they were just under two years ago. 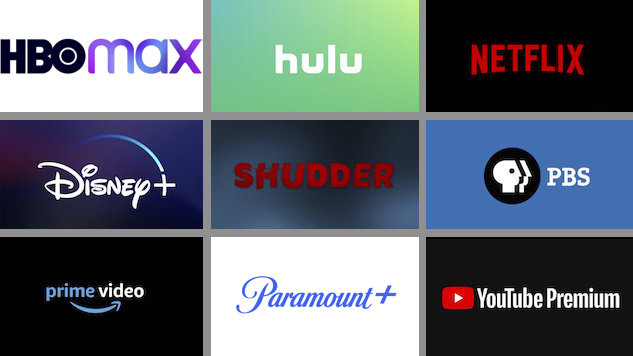 So, which do you prefer? According to most of my friends, they enjoy the comfort of their home and in some cases, the movies are cheaper to rent or buy. Personally, I will always prefer the theater. It was something that I was raised around and something that I hold dear to my heart. It doesn’t matter if you have a home theater system in your house, you just can’t match the experience in the theater, not to mention if the audience comes in large numbers. Anyone recall the excitement from the crowd in Avengers Endgame? You can’t get that at home.

In business terms, streaming does hurt the movie industry but it was a good alternative in relation to the pandemic. Sure, I love watching movies at home but nothing beats leaving the house to see something new. Over the years, streaming has picked up pace in subscribers, and even drive-in theaters also made a return during the pandemic.

In reality, it’s going to take a long time for the movie theater industry to regain the revenue they once had prior to the pandemic and the fact that AMC Theaters was able to survive despite losing billions in sales is a sigh of relief. We often take movie theaters for granted and after seeing them almost go under, we should appreciate them more especially following this pandemic which has affected us all. Whether you prefer staying at home or venturing out, we will always look forward to what’s coming next to a theater near you. We hope to see you at the movies!