Review: Frank Grillo and Gerard Butler Square Off in the Energetic and Funny ‘CopShop’

Copshop is one of those movies that feels straight out of the 70’s. Joe Carnahan (The A-Team, Bad Boys for Life) is back in the director’s seat for another wild ride of high-octane action, quirky characters and offers a fun time at the theater with this not-so-fresh, but still enjoyable action thriller.

Without revealing too much in terms of plot, admittedly it is quite small. A con-man named Teddy (Frank Grillo) is on the run and when his vehicle’s engine fails, he bails out and decides to run full sprint towards anything that will help him escape the ensuing hell that is fast approaching.

The movie takes place in Nevada and while it does occur in the present day, it overall resembles those action films from the 1970s such as Assault on Precinct 13 and The Gauntlet. You’ll understand in a bit. While Teddy is running towards anything within arms reach he sees an opportunity. He knows that simply running away will only go so far so he decides to do the one thing that he’s sure will protect him. Police officers respond to a disturbance outside of a casino and there he sucker punches a rookie cop named Valerie (Alexis Louder) or Val for short. He’s arrested and taken to the local precinct and is booked for assaulting a police officer. Mission Accomplished! Well, not so far.

The man pursuing Teddy is named Bob Viddick (Gerard Butler). He’s a hired gun but sees himself as a professional in the world that he identifies with. Sure, he kills people for a living and feels no remorse about it but simply put, he’s a man just doing his job. He too gets himself arrested and is put into the drunk tank of the same precinct that Teddy is now in. Even though they don’t share a cell, Teddy realizes that his night is only beginning.

But that’s just the start. Other people are on their way to locate Teddy and dispose of him. A contract is out on his life and the people who are after him will show no remorse in getting what they want. Even if they have to kill every police officer in this precinct, they will do it. One of those killers is Anthony Lamb (Toby Huss), who in a wonderful performance is one of many highlights of the film. He has a certain weirdness about him and the infectious energy he brings to the character made for a lot of laughs.

Alexis Louder stood out in the film as the rookie cop. She is the one cop out of all of them that is interesting to watch as we follow her drive to get answers. Not to mention that she has a special friend as well. A sleek revolver that packs a punch and means more to her than about anything else. Her character alone is unique and fun to watch and when all the chaos ensued, I was cheering for her to kick some serious butt.

Director and co-screenwriter Joe Carnahan brings to life this story, even if it’s not the most original. Fans of the action genre can rejoice in reliving the older action flicks that dominated our lives when we were younger. The vibes in this movie brought me back to the gritty action movies of the ‘70s, especially with the two I mentioned earlier. The actors appeared to have a lot of fun, the action was brazen, loud and fun and the script did offer many moments of sheer laughter and gleeful joy. Sadly, I was disappointed in the third act of the movie but overall, the experience was one of fun and leaving the theater with a smile on my face. 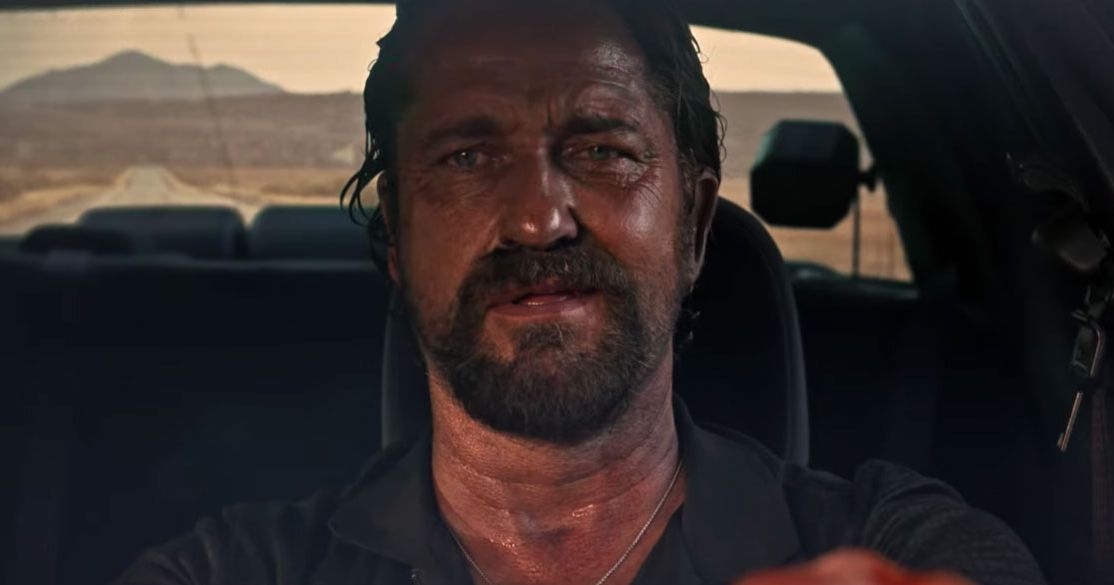 Copshop is an odd title but the entertainment value is undeniable. With solid acting, a script that offers plenty of laughs even if I didn’t really care about the story, I just wanted to see more weird and joyous moments. I was surprised at how much I enjoyed this film although I did wish the final act wasn’t so cliché and formulaic. Still, Copshop is a fine addition to the filmography of Joe Carnahan and like most of his films, I’m eager to see what he’s up to next.