Baseball is a time of fun. Offering up good memories where kids hit the diamond field and enjoy a friendly game. Scoring is important as are those runs and the parents in the stands cheering their children on. Imagine if all this were different – instead of cheering for fun, you’re screaming for a win as the money you have invested in the game rides on the success of your bet. That’s the basis for All Square, which tells the story of how a bookie decides to take bets on little league baseball games, resulting in a community uproar and giving the audience plenty of laughs.

John (Michael Kelly), a down-on-his-luck bookie is a really nice guy, but is easily taken advantage of. People place bets through him on important games – basketball, football, you name it. When people don’t pay, John doesn’t inflict pain, but takes it in stride until he resorts to stealing valuable property from said person. This isn’t a typical bookie movie where he’ll assault people when they don’t pay their dues. Trust me, you may be in for a surprise.

After a series of events, John befriends the son of a woman (Pamela Adlon) who he has a one-night stand with. He has dreams of playing for the big leagues and wants a chance to play on his local team. John himself was something of a legend during his youth, but life took over and now he has debts to pay and a life that’s seems rather unforgiving towards him. He makes his money on bets and wherever there are sports, there are people who are willing to take a risk in hopes of scoring big. Eventually, John gets the idea to place bets on the small town Maryland little league games.

What I appreciate about this film is how it’s handled. It’s not violent and doesn’t take place in a metropolitan city. It’s a small town, a tight-knit community. Being this small, gossip is bound to be a centerpiece of the story. People all over are placing bets and a every little league game is packed with adults who have no children appearing in the stands. The coach also knows what’s going on. Matt (Josh Lucas) is a local man who’s running for local office and is surprised by the crowd. His interaction with John in the movie is another great highlight.

The script, by Timothy Brady, is vulgar, unique and bitter-sweet, especially the scenes between John and Brian (Jesse Ray Sheps). This young kid has a dream and John is a good role model for the young boy. This is a story of bonding and, of course, taking advantage of the situation. Why not? John Hyams (who’s best known for his action films) directs this unique small-town comedy and does so with effective flair. Michael Kelly is wonderful in this role and seems to have had a lot of fun doing it. A simple way to describe this film would be to say it’s a mixture of The Sandlot combined with the inner-workings of gambling and adult humor. It’s really quite interesting. 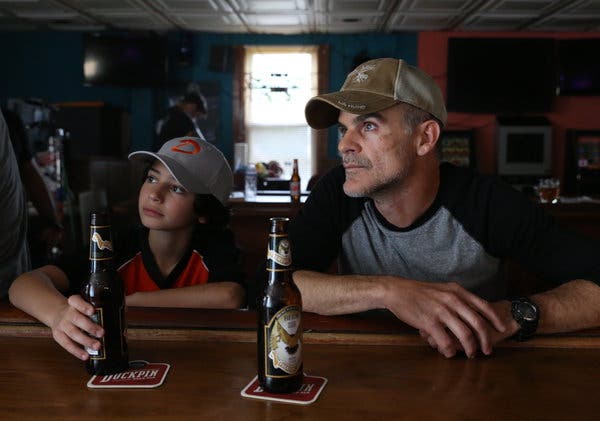 The real treasure of this movie is the friendship between John and Brian. It’s a story of bonding and having a little bit of fun. Sure, there can be some danger involved, but a bookie has to do what he can to make a buck. I loved the script, which offered plenty of laughs and refrained from going all-out on the adult humor, which is a nice touch. Betting on baseball games is a risky thing but doing it with little league can cause tremendous grief with the locals. All Square is a wonderful idea and a nice break from the superhero, horror and action movies of recent. It’s a nice diversion and one that’s filled with many laughs.