Why We Tell the Story: ‘Being the Ricardos,’ ‘Marie Antoinette,’ and Presentism in Popular Cinema

When Sofia Coppola’s third feature film, Marie Antoinette, premiered at the Cannes Film Festival in 2006, the response was loudly and infamously negative. Although some enjoyed the fanciful, candy-colored take on the life and death of the young Queen of France, French critics and festival-goers booed the film. In their reviews, Marie Antoinette’s detractors mostly pointed to the same parts of the film as the reasons they hated it so much—the period-inaccurate elements, emphasis on extravagant styling over explicit political commentary, and the use of Marie Antoinette (Kirsten Dunst) as a stand-in for Coppola herself.

The latter resulted in some particularly scathing passages in Dana Stevens and Rex Reed’s reviews. Stevens called Coppola “the Veruca Salt of American filmmakers,” stating that “her path to success has been cushioned, not only by her place in the Coppola family but by her own savvy image-management,” while Reed denounced the film as “the hysterical work of a grown woman on hallucinogens, playing with 18th century Barbie dolls of spun-sugar wigs.” The perception of her work as self-absorbed, frivolous, and materialistic is partly because of the privileges she was born into as a member of the Coppola dynasty and her status as the United States’ most high-profile female director of the 2000s.

Accusing Coppola of prioritizing style over substance, Todd McCarthy called Marie Antoinette “no more nourishing than a bonbon” and “an easy-listening style of filmmaking” that does not convey the relevant historical information about its characters and setting. A large part of this criticism at the time focused on Coppola’s use of 1980s post-punk music to score the film, which was disliked because it breaks from the standard conventions of a period drama. What these critics failed to consider was that these elements weren’t just the thoughtless decisions of a self-centered filmmaker with no concern for the truth. They are deliberate artistic choices that give the film a presentism aesthetic and narrative point-of-view. 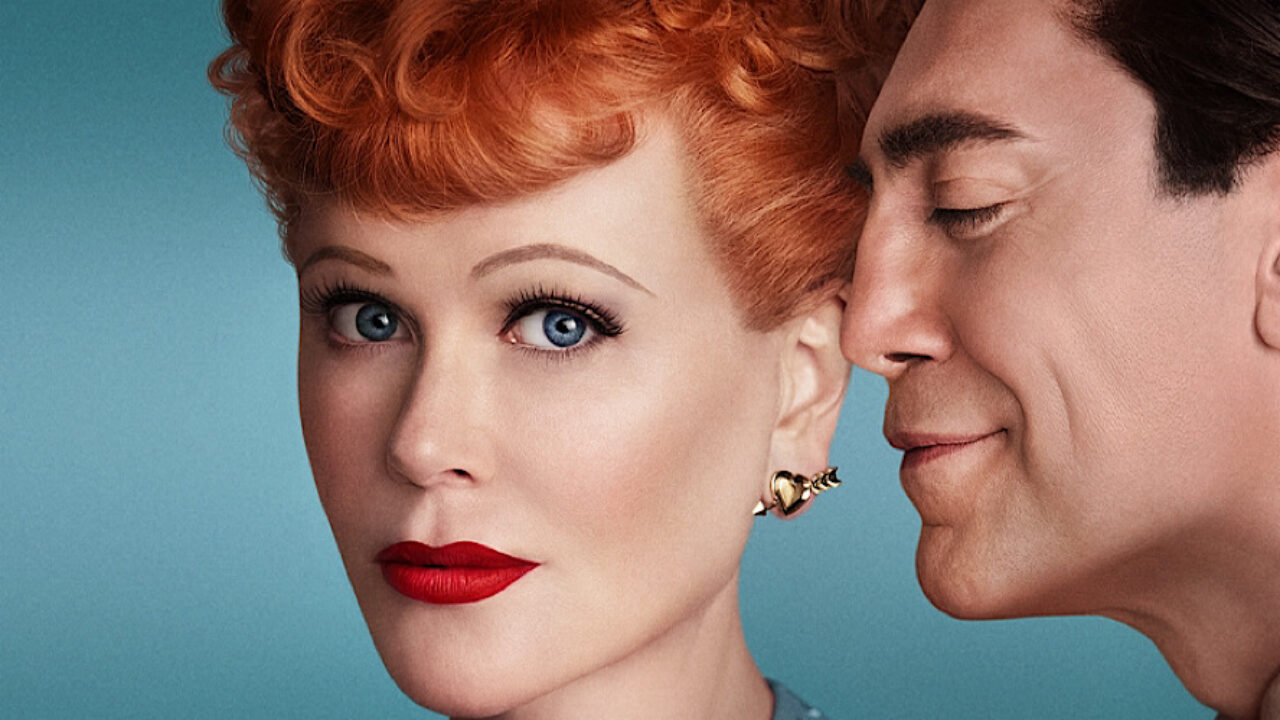 According to historian Alexandra Walsham, presentism describes “an interpretation of history that is biased towards and coloured by present-day concerns, preoccupations, and values.” This term has negative connotations among many academic historians who fear that this approach to studying the past compromises the field’s objectivity. According to Walsham, “It is a function of the conviction that we should study the past for its own sake and not in order to advance other agendas.” However, other historians have pushed back against this narrative. David Armitage questions whether it is even possible to avoid the concerns of the present in the study of history and points to other fields like “philosophy, psychology, the history of science, and literary history” as examples of disciplines in which presentism doesn’t have a strictly negative meaning.

But Marie Antoinette isn’t a historical document. How could a fictionalized account of this woman’s life fall into this dynamic of presentism? As Professor of Social Studies Education Scott Alan Metzger writes, “Texts, including history films, are culturally situated—they are made by people at a unique place in time, located within a specific culture with specific collective meanings… Filmmakers often use a historic event as a metaphor for current concerns, attitudes, and values.” This dynamic shows up in one of this season’s major awards contenders—Aaron Sorkin’s Being the Ricardos.

In an interview with The Hollywood Reporter last November, Sorkin goes on a lengthy rant comparing McCarthy-era Hollywood to “cancel culture,” an extremely nebulous term that varies considerably in scope and meaning depending on who defines it. It encompasses phenomena ranging from social media call-outs and dogpiles on whomever Twitter deems its villain du jour, to celebrities facing repercussions for abusive sexual conduct, to school districts restricting the teaching and/or reading of certain books in English classes. Sorkin mostly focuses on the backlash against Dave Chappelle’s transphobia and the removal of Harper Lee’s book To Kill a Mockingbird from the required reading list in certain classrooms.

This seems to be the angle that attracted him to the project since he openly admits that he doesn’t find Lucille Ball or I Love Lucy very funny in the interview. This combines with his general lack of imagination as a director and screenwriter to create a final product that doesn’t make any interesting points about contemporary culture or politics and is thoroughly uninterested in presenting anything resembling history. Nicole Kidman’s Lucille Ball creates her comedic set-pieces like she’s solving a complicated math problem, rarely even cracking a smile. How Marie Antoinette stands apart from Being the Ricardos is how unapologetic it is, fully committing to its modern post-punk soundtrack and the grandiosity of Versailles. Sofia Coppola constructs a film that is unmistakably a commentary on the 2000s from a 2000s perspective, where Aaron Sorkin tries halfheartedly to comment on both past and present and succeeds at neither. Coppola understands that in an audiovisual medium like film, style is substance. The contemporary score and performances in Marie Antoinette aren’t empty. They are included to draw an explicit link between Marie Antoinette and modern (white) teenage girls.

Coppola and Dunst presented the character as an adolescent child thrust into a world of absurd, inflexible rituals and burdened with an immense level of responsibility that she doesn’t fully comprehend. The extended sequences of extravagant parties aren’t simply wish fulfillment. To quote Ed Gonzalez’s review of the film, “Coppola is obsessed with Marie Antoinette’s pleasure… in order to hint at the girl’s desire to react against that which was preordained—to carve out her own space; away from the hands of oppression… They are, in fact, very humane considerations of the corset-like effect ritual had on Marie Antoinette’s will… Every sound and color evokes the longing and rapture of a girl who didn’t understand her own responsibility.”

In contrast, Sorkin refuses to commit to either a modern social commentary perspective on what he believes to be analogous to McCarthyism or a standard retelling of history. Older, implied present-day versions of Madelyn Pugh (Alia Shawkat as 1950s Madelyn, Linda Lavin in the present), Jess Oppenheimer (Tony Hale and John Rubinstein), and Bob Carroll Jr. (Jake Lacy and Ronny Cox) serve as talking heads that bookend the film and pop up every once in a while to give some historical background. There are also flashback sequences to significant moments in Lucille and Desi Arnaz’s (Javier Bardem) relationship that try to flesh out their romance, so its dissolution over the course of the film carries more of an emotional punch, but these scenes feel added out of obligation despite not at all playing into the central conflict of Lucille Ball’s struggle to clear her name from public accusations of communism.

A major part of why Marie Antoinette works as a story is that it refuses these conventions expected of history films. There are no flashbacks to Marie’s childhood in Austria, no talking heads clumsily inserted to explain the French Revolution, and no ending title card explaining what happens to all the characters after the movie ends. Critics in 2006 were right to point out that Sofia Coppola doesn’t seem interested in French political history, but the conclusions that were drawn from this—that she was just some dumb narcissist making meaningless fluff—miss the point entirely. She uses the story of Marie Antoinette as more than just a checklist of historical events. Coppola’s film is about a woman trapped in a gilded cage, forced to conform to absurd rituals and rigid gender roles. She tries to compensate for her extreme loneliness with extravagant parties and expensive material objects. Sorkin’s bland recounting of events in Lucille Ball’s life completely obfuscates any possibility of making her story about anything beyond its barest surface level, and his ambivalence towards those events ended up alienating fans of the people he’s depicting.

It’s not that presentism has no place in popular media or that its inclusion is bound to spark a backlash, but that filmmakers should seek to employ it with skill and purpose. Moulin Rouge! (Baz Luhrmann, 2001), and West Side Story (Steven Spielberg, 2021) are both 21st century Hollywood films strongly influenced by presentism. Moulin Rouge! incorporates 20th century pop music, an over-saturated color palate, and MTV-style music video editing into the frameworks of Italian opera and Bollywood melodrama to stress the universality of its themes. Spielberg’s West Side Story uses hindsight knowledge to rework what was originally a ripped-from-the-headlines contemporary drama into a period piece, with Tony Kushner’s screenplay working on expanding its themes of gentrification immigrant life in New York City, racism, and juvenile delinquency.

Neither of these films earned the level of backlash that Being the Ricardos or especially Marie Antoinette did— and West Side Story is even up for seven Academy Awards this year. This is likely because they are not biopics about historical figures despite being set in the past and inspired by world history. When you’re not trying to represent real people—especially people who provoke strong public reactions either in favor or opposition—there’s more freedom to take creative liberties because audiences aren’t coming in with preconceptions about who the characters are and the actors should portray them. As stated earlier, much of the anger at Marie Antoinette after its Cannes premiere came from French audiences and critics who didn’t like that she was portrayed sympathetically. Being the Ricardos disappointed fans of Lucille Ball by failing to capture the way she lit up America’s television screens with her relatable screen persona and inventive physical comedy. But Tony and Maria aren’t real. There’s no wrong way to portray them because they never existed. Lucille Ball isn’t just a real person; she’s a real person with an immense legacy who remains adored by millions across the world despite it being 65 years after the last episode of I Love Lucy aired. Nothing Sorkin did was bound to please all of those people, but he definitely could have done better with her legacy.