Are ‘Queen & Slim’ Really the New Bonnie and Clyde?

Warning: Spoilers for Queen & Slim Below

2019’s Queen & Slim presents its audiences with an on-the-run couple whose confrontations with the law directly parallel with Bonnie and Clyde, specifically the landmark 1967 film. One line of dialogue in the film even explicitly addresses them as “Well, if it isn’t Black Bonnie and Clyde.” Although there are obvious connections between the two couples, their films are undeniably different in their gravity. Queen & Slim, while adopting a similar on-the-lamb structure to the original Bonnie and Clyde, serves to commentate on the racial and political climate of the United States, rather than romanticize their anti-establishment run from the law.

There are undeniable similarities between the general concepts of the 1967 and 2019 films regarding their plot composition and certain “Western” themes. In both, a couple in an initially ambiguous relationship commits at least one crime and are set on a goose chase across state lines in order to outrun the police in pursuit. General characteristics of the couple can also be feel a bit similar. Yet, Queen & Slim adds an interesting twist to mimicking the qualities of Bonnie and Clyde by flipping the genders these characteristics manifest in. At first, Queen is completely disinterested in Slim romantically, as Clyde feels towards Bonnie. Then, as they begin their journey, all Slim wants is to contact his family, just as Bonnie desperately begs to see her mother following her escapades with Clyde.

Queen & Slim also adopts some of old-timey themes from Bonnie and Clyde’s setting. The couple goes dancing at a saloon-like bar on their “second date” and mount a random property’s horses on their way to Florida. Additionally, both films feature the same ending: a shocking shoot out that leads to the inevitable demise of the main characters. However, other than these broad connections, the films differ greatly. 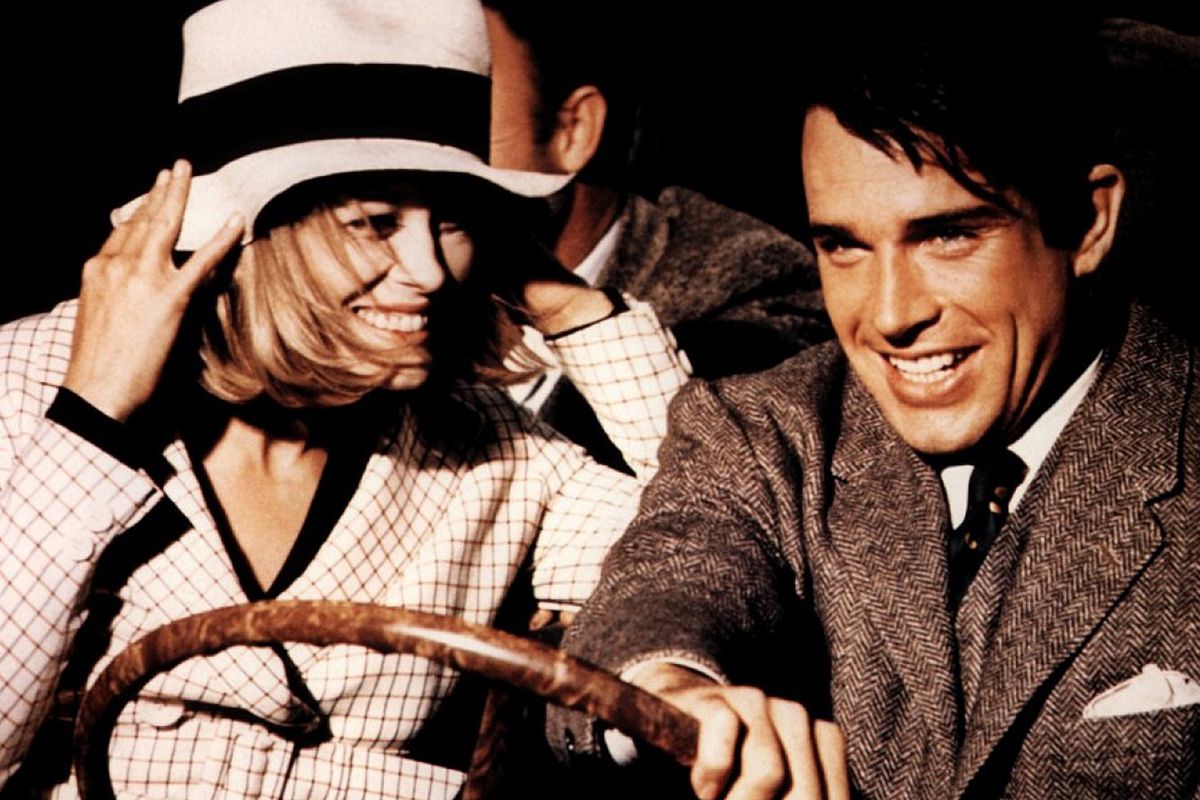 Bonnie and Clyde’s relationship is one of reckless abandon. Their slew of crimes is motivated by Clyde’s affinity for robbery and apathy towards the law and eventually as a means of survival, but this is never truly considered of utmost importance. Most of their rash activities seem to be “for the hell of it,” and are motivated by their own frivolous god-complexes.

This establishes the biggest difference between Bonnie and Clyde and the unnamed characters in Queen and Slim. Fleeing the police is a journey that, for any ethnic minority in the United States, would not be some fantastical, fun, glorified adventure. It would be, as characterized in Queen & Slim, a fight for survival. This is determined in the very basis of the film: the crime committed in 2019 was not based on greed or amusement, but a matter of life or death. Had the girl not shot the cop who assaulting them, he surely would have killed her date and maybe her too. After this plot-instigating event, the rest of their travels across the Southern U.S. involve them simply trying to get to safety, rather than commit more crimes for no reason. They are more focused on reaching freedom, not causing trouble for an adrenaline rush.

This rejection of the glorification seen in Bonnie and Clyde can be reflected in the film’s dissimilar titles. Bonnie and Clyde takes its title directly from its main characters’ namesakes, thereby giving them legacy. The characters in Queen & Slim, however, are never once addressed by these names. Rather than being seen as icons or idols of a crime adventure, the title works to make them relatable. Everyone can see themselves as a Queen or as a Slim and are not reduced to idolizing two individuals for their escapades.

Romance is instead funneled into the relationship between Queen and Slim. Bonnie and Clyde’s relationship may have been a caring, seemingly romantic one, but it was largely asexual and is never made clear how Clyde genuinely feels about his partner. Queen & Slim, on the other hand, features a sex scene as a major aspect of the plot and the audience watches their romantic relationship blossom as they go dancing and bond on the road to freedom. The film ends with “Queen” saying “I want to be your legacy,” and “Slim” responding, “You already are,” right before the final, fatal shoot out. If this isn’t a devastatingly romantic end to a cop-chase film, then what is?

Queen and Slim are perceived as heroes by people across the United States because their crime is perceived as a political statement or the start of a movement, rather than an act of self-defense. Throughout the film, many people come up to the two characters and thank them or tell them that what they did was brave. However, their actions were not born out of a desire to make a violent Black Lives Matter statement, nor encourage other members of the Black community to kill police in solidarity. This was never their intentions and they actively refuse to justify any statement that them killing a police officer had any meaning outside of wanting to make it out alive. They don’t want their actions to be glorified, romanticized or politicized. They simply wanted the chance to be free and live.