6 Modern Classics to Amp Up the Holiday Film-Watching Experience

The holiday season is finally upon us, and for many that means an increase in leisure time and, sometimes, an excess of boredom. With wintry weather trapping most inside, the best way to alleviate tedium is to indulge in films! However, holiday movies and traditional, holiday-time classics can easily become overdone, so here’s a list of modern-day classics from a variety of genres to watch and appreciate during your time off. The action film John Wick revolves around the vengeful journey of a retired assassin brought back onto the field by the murder of his puppy. It’s revealed that the trauma of his wife’s death acts as Wick’s motivation, and that said puppy was a gift from her to him. The narrative follows John’s violent killing spree against Russian mobsters who effectively end up at war against this one-man army.

John Wick made a name for itself in 2014 and its popularity only increased with the film’s evolution into a franchise. Wick, played by Keanu Reeves, charmed audiences with his quiet but deadly personality and endearing storyline. Despite the brutality of the violence Wick engages in, the film did a good job of making its fight scenes and death palatable and well-choreographed.

In the past five years, this film has already secured its spot as a modern classic action film, both for its engaging conflict and endearing main character. It might not be a Christmas movie like Die Hard, but John Wick is still a must see action film to watch over the holidays, whether for the first time or as a family favorite.

Director Quentin Tarantino delivered an almost immediate classic with this unorthodox crime thriller. Pulp Fiction’s fragmented plot focuses on the stories of two hitmen, a gangster and his wife, and a boxer and his girlfriend. The film is filled with drugs, violence, and a subplot involving white supremacy, none of which are out of the ordinary when you consider Tarantino’s directing style.

The stylish aesthetic of Pulp Fiction sets it apart from a typical crime movie and the seven-part plot differentiated it from traditional Hollywood narratives, giving it an indie-like twist. Famous faces like John Travolta, Uma Thurman, Samuel L. Jackson, and Bruce Willis make up a cast of various characters who deliver memorable and punchy dialogue throughout the film.

Twenty-five years later, this film is still considered to be one of Tarantino’s best and is undeniably memorable for any audience member. If you haven’t already seen Pulp Fiction, it is a necessary watch for anyone who loves movies or wants to understand pop culture references about people who love movies. 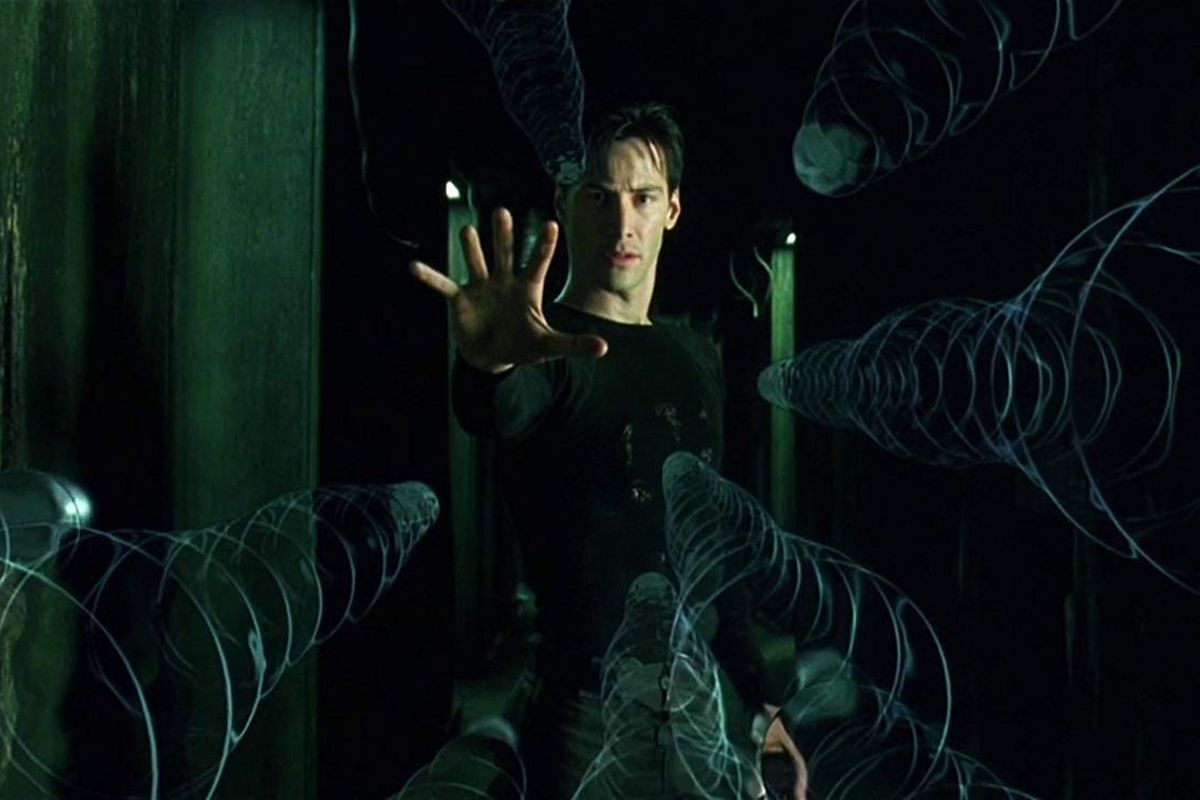 Released at the start of the century, The Matrix is an explicit reflection of the existentialism of the technological era. Housed in a slimey sci-fi casing, it follows the journey of humans fighting against machines which have enslaved mankind to a virtual reality digitally constructed to keep individuals complacent. Neo, the main character played by Keanu Reeves, is determined as the mythological Chosen One, whose destiny is to free humans from their imprisonment in a false world.

The film broke boundaries at the time of its release and popularized the concept of reality as a simulation, which is referenced and parodied frequently in modern media. Despite being released twenty years ago, The Matrix still showcases contemporary anxieties about the role of technology within the human experience and what it means to exist.

The Matrix continues to shape the way many think about the state of reality and was one of the first films to expand upon the age-old concept of “man vs. machine.” Anyone who uses technology would find the existential implications of this film interesting, and its celebrated legacy alone provides anyone enough reason to give it a watch. 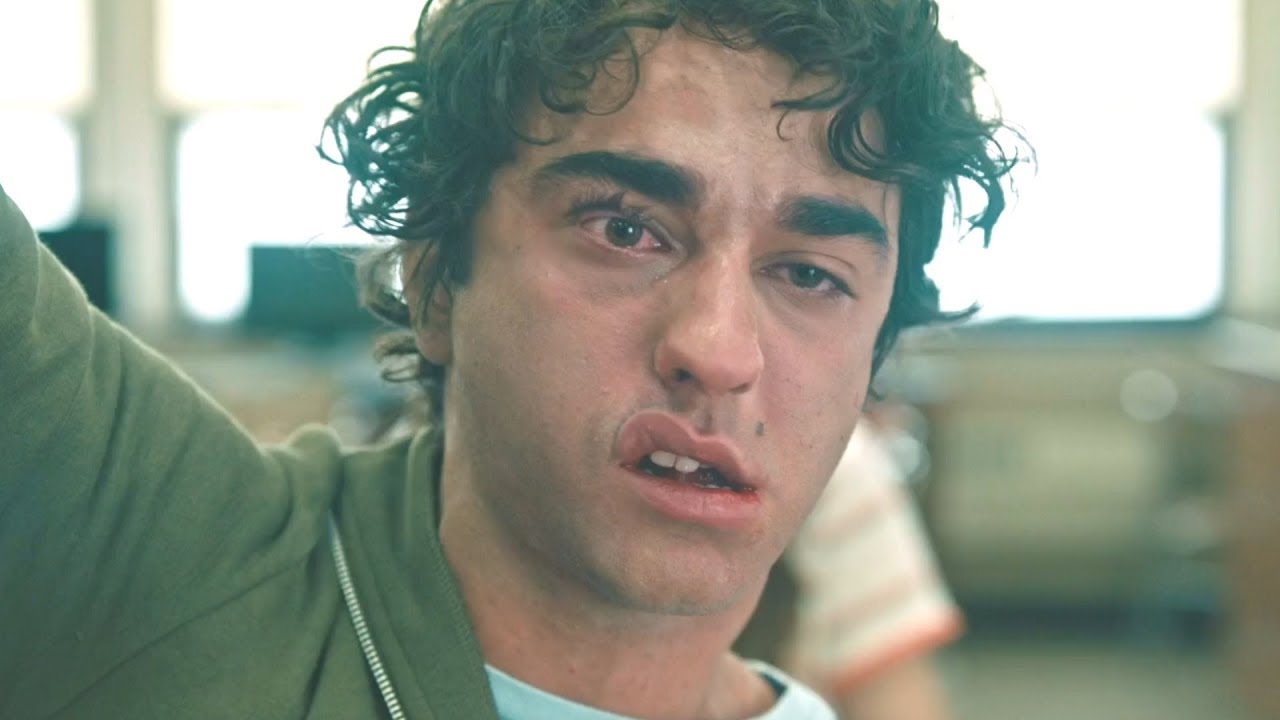 The plot of Hereditary starts off with the death of the Graham family’s grandmother. At first a seemingly commonplace passing of an elderly woman, this death leads to consequences darker than any of the family members could have expected. Soon after, Peter, the 16-year-old son, inadvertently kill his younger sister in a fatal accident and tension in the family rises.

Supernatural things soon begin to torment the family and lead to a complex and tortuous journey towards understanding why. The film deals with the occult in an interesting and realistic way that determines much of the horrific events of the plot to be that much more disturbing.

Even the most seasoned horror movie fans will find a fright Hereditary’s narrative. From gore, to shock, to paranormal scares, Ari Aster’s film is jam packed with almost anything a horror lover could desire. Critically acclaimed as one of the scariest movies ever released, Hereditary is sure to make anyone’s “must-watch” list.

This story is the ultimate tale of star-crossed lovers; two people who loved each other enough to want to forget about the others existence after their breakup. The audience traverses the plot of Eternal Sunshine of the Spotless Mind through the process of Joel having all of his memories of Clementine erased by some new consciousness-manipulating technology. Despite the plot’s depressing focus, Eternal Sunshine somehow manages to maintain a beautiful and melancholy romance.

Eternal Sunshine combines aspect of science fiction, tragedy, and comedy to create an iconic romantic story about Joel and Clementine, played by Jim Carrey and Kate Winslet respectively. It takes the concept of modern existentialism seen in The Matrix and applies it on a much more intimate and specific level, making for a truly fascinating basis to take a narrative.

This love story will enchant almost anyone, even those who tend to avoid the typical rom-com with every bone in their body. The film shines as a story itself regardless of its romantic genre status, something that has kept it visually and narratively renowned twenty-five years later. Anyone looking for a good cry and a warm, fuzzy feeling should watch this film during their holiday-sanctioned downtime.

Last but not least is this iconic independent comedy that shaped the sense of humor of a generation with its quirky dialogue and bizarre characters. Napoleon Dynamite revolves around the titular Napoleon and his navigation of high school in a small town in Idaho. Along with his friends Deb and Pedro, the audience watches Napoleon attend the school dance, help Pedro run for student president, and dance to aid Pedro’s election.

The film’s eclectic early 2000s humor is unique and easily sets it up as one of a kind. Most viewers will find the awkward characters either oddly relatable or oddly hilarious. The whole production, from its writing to the plot devices, feels random and eccentric.

Anyone looking for a weird and funny break from the dreariness of cold days need look no further than Napoleon Dynamite. It has made a space for itself as the weird cousin of the film industry and anyone would be missing out if they were never introduced.