Movie Review – ‘The Strangers: Prey at Night’ Is the Sequel We’ve Been Waiting For! 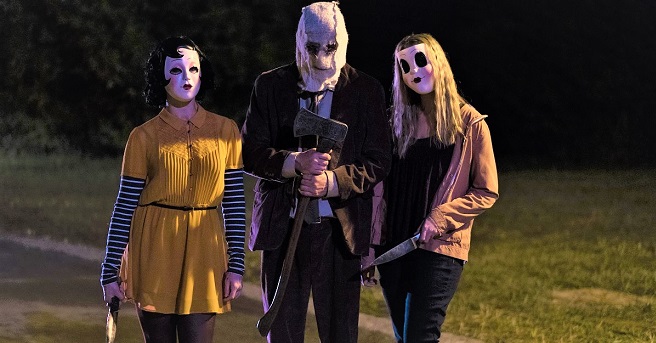 I’m going to let you in on a little secret about myself: I’ve studied criminology and serial murder for more than ten years. The reason for this is that someone close to me was taken away nearly twenty years ago and since that time I’ve read all that I can to understand the criminal mind. Bryan Bertino’s The Strangers was effective in its set-up and introduced us to three unknown assailants who attacked a couple at random with no apparent motive. The stranger-on-stranger violence was shocking and completely unexpected; however, The Strangers had a weak story and poor character development to render itself from other home invasion horror flicks. That was nearly ten years ago and now a sequel has arrived. The Strangers: Prey at Night has a weak story and does resort to horror genre clichés but is a welcome surprise that surpasses the original in almost every way possible.

A family is taking a road trip to a trailer park campground prior to a life change for one of the children. Mike and Cindy (Martin Henderson and Christina Hendricks) take their two children Kinsey and Luke (Bailee Madison and Lewis Pullman) along and leave a message for their Uncle Marvin (who runs the campground) that they had a late start and will arrive late in the evening hours. After an intense opening sequence, The Strangers have already staked this campground for themselves all while playing 1980s pop music in their truck. Dollface, The Man in the Mask and Pin-Up Girl return with their masks and bloodthirst. They are portrayed by Emma Bellomy, Damien Maffei and Leah Roberts respectively. Their performances are chilling as they are menacing. 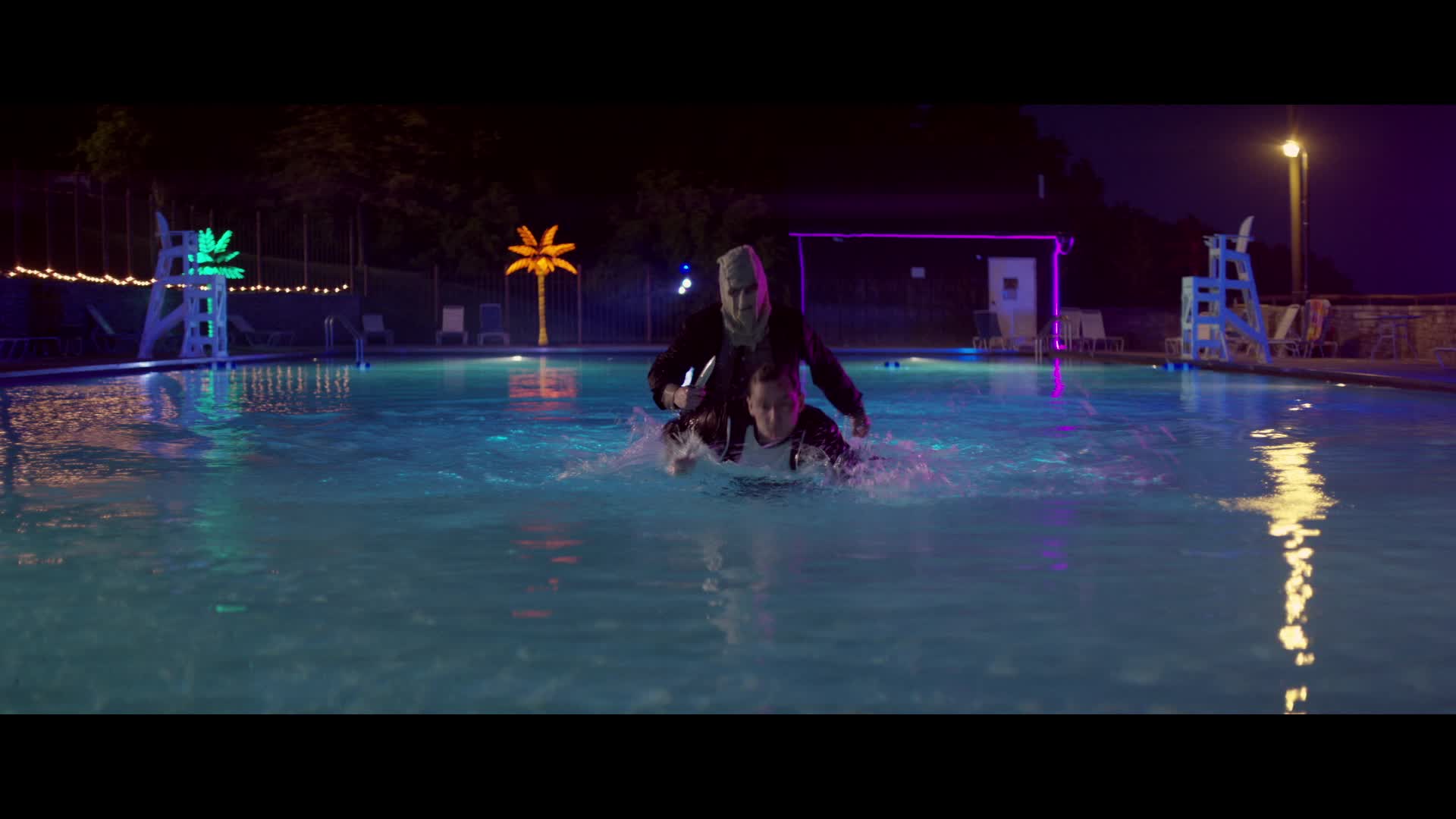 During the eighty-five-minute runtime, The Strangers make their appearance known and inflict violence and terror onto this family who are struggling with their personal problems. The audience in attendance made sure to constantly yell out advice to the characters and even cheer at certain parts. Personally, I felt that the audience was unfairly judging the characters based on what they would do in that situation. The Strangers is based on true events with Bertino citing inspiration from the Manson-Tate Murders in 1969 and a string of burglaries in his neighborhood when Bertino was a child (no murders occurred in his neighborhood).

As someone who studies crime, I felt that the characters, particular Kinsey and Luke, reacted as potential would-be victims by a group of psychopaths who display no emotion of their crimes. These strangers take their time to toy with these people and are relentless in their pursuit of their bloodlust. I was studying their every move trying to understand who they were and why they are doing what they do. I never felt that the violence was shown to be exploitative either. The movie does drag a little bit but I felt this sort of coincided with the killers’ psychopathy. The story is barely minimal but the focus of the film is the stranger-on-stranger violence and what the characters do in order to survive this deadly onslaught. Director Johannes Roberts (47 Meters Down) does a great job of taking his time to let the action unfold and at several moments, I jumped a little bit, something that the original film lacked in. Not to mention the intense soundtrack by Adrian Johnston and a sequence that is clearly reminiscent of the 1974 horror classic The Texas Chainsaw Massacre ties everything together.

The Strangers had everything going for it and failed in the end, but this sequel is the one we (horror fans) deserved right from the beginning. The story is forgettable but everything works immensely. The direction is better and is actually scary. The Strangers: Prey at Night is something rare: a sequel that surpasses the original, gives us pretty terrifying villains and moments that are shocking. It’s not the best of the slasher genre but a damn good sequel to a disappointing start. The Strangers are back and this time it’s worth a look!