Mutants are here and they are a problem to the everyday people around the world. That’s a statement, paraphrasing of course, of the X-Men saga. Mutants and humans can coexist, but only until their powers cause a problem, then humans prefer the mutants to be separated. With the long awaited The New Mutants finally arriving in theaters after a two year wait, has this long delay been worth our time patiently waiting for the promise of a dark horror film about these young mutants?

The movie begins with a teenage girl awoken suddenly by her father as they are forced to evacuate their home after a sea of destruction occurs on their reservation. Her name is Dani Moonstar (Blu Hunt), she is Native American, specifically Northern Cheyenne. Her father urges her to hide inside a nearby tree where he can assist in saving people from his reservation, only seconds later he is killed by an unseen force. Dani flees for her life where she trips, falls and hits her head on a rock leaving her unconscious. She wakes up in a hospital with little memory of how she got there. It’s here where she meets Dr. Cecilia Reyes (Alice Braga). She wants to help Dani and informs her that she is indeed a mutant, although Dr. Reyes doesn’t know what her powers are nor does Dani herself.

Afterward, Dani meets several other young mutants and they too are in the dark as to Dani’s powers. They each have their own powers, but also traumatic memories that have a lasting effect on them personally. First we have Illyana Rasputin (Anya-Taylor Joy), she’s Russian and has the ability to teleport via transportation discs and can wield a sword known as the Soulsword. She and Dani don’t get along well and Illyana is something of a trouble-maker herself.

The other mutants include Rahne (Maisie Williams) who can turn into a wolf, Sam (Charlie Heaton) who can propel himself into the air but not fly and Roberto (Henry Zaga) who can manipulate solar energy by turning himself into a flaming ball. With these mutants we are given scenes that seem largely inspired by One Flew Over the Cuckoo’s Nest and some of those scenes are put to good use. Each of these characters show off their powers in certain situations but is largely looked down upon by Dr. Reyes. The only thing worth mentioning here are the memories that haunt each of these characters, and while some of them are interesting, mostly the dream sequences are used as a scare tactic to keep the audience interested and offer nothing in return. The only plot line that did interest me was the beginning of a romance between Dani and Rahne. They take a liking to each and their scenes together shine quite well, though the rest of the movie is a complete drag.

Once the film was over, I could overhear some of the attendees complaining at how slow and boring the film was. It’s not something that I don’t disagree with. A movie like The New Mutants is hoping to attract a crowd being that it is a part of the X-Men universe and sadly features none of the excitement from any of those films, and yes, I’m including the largely panned Dark Phoenix. The movie ends in typical fashion of a large CGI battle that made me even more disinterested in the film. The New Mutants took so long to release and even with that, the movie is a complete waste of time that even the most die hard of fans couldn’t find some semblance of entertainment in. 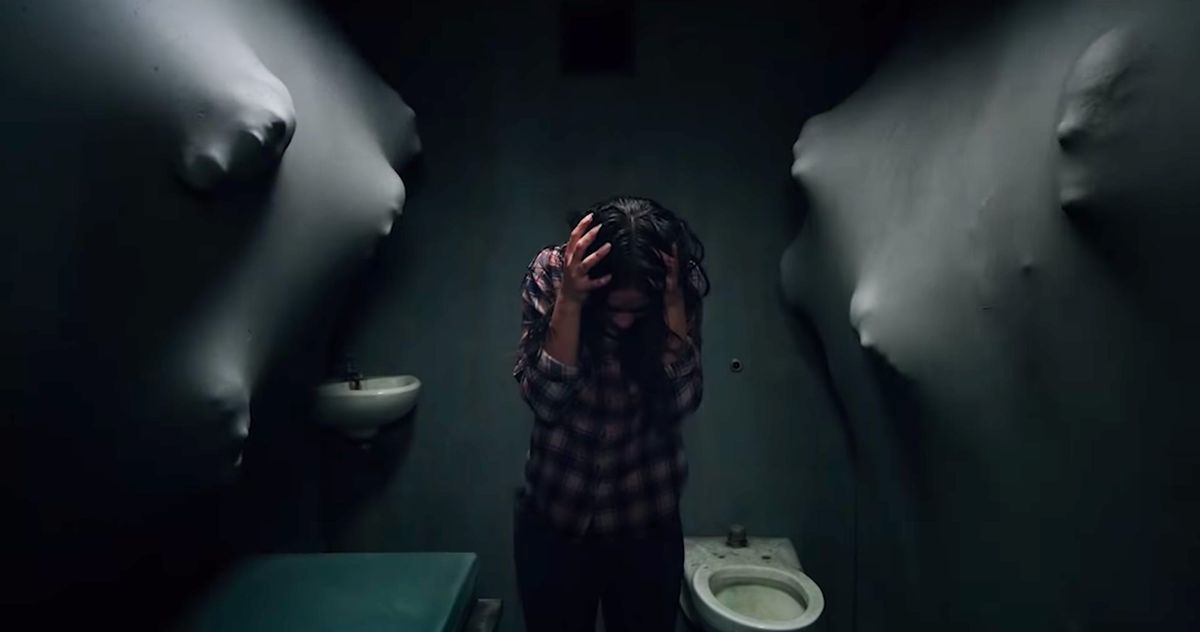 The New Mutants is inspired by the comic series of the same name and that sounds far more interesting than the film I just finished viewing. From the slow pacing, boring dialogue and even the lackluster final battle, there is nothing redeemable about this movie, aside the acting in which the cast does a fairly good and this one star review goes solely to them. With a tasteless script, lack of imagination and poor attempts to offer a sense of horror or thrills, The New Mutants is a reason to avoid going back to the theater. Save your money and time for something that far exceeds your expectations and sense of wonder when arriving at the theater. After watching this, it makes Dark Phoenix feels somewhat special in the already substantial series of the X-Men saga and everyone thought that one was awful. Believe me when I say, you haven’t seen anything yet.