Robert Eggers The Lighthouse is the most insane and wild movie I’ve ever had the pleasure and displeasure of sitting through. Never has a film left me so speechless after watching it, and I’ve seen quite a bit of films. Trying to review this movie is like trying to figure out a complex math problem: the answer is there, but it just takes a very long time to figure it out. But this is a review, and I’ll surely do my best to get my feelings across as clear and concise as possible, a feat Robert Eggers can’t seem to figure out.

Technically, this movie is a damn masterpiece of practical effects, black and white cinematography, and sound. The production design is so unique but somehow historically accurate (a problem we will get to later) that you could have sworn you were transported back in time just to observe the story. Not only does the production design help accomplish this, but the cinematography is amongst the most beautiful and unique that I have ever seen. Robert Eggers chose to shoot this movie on a square aspect ration or 1.19:1, which makes every shot feel tight and claustrophobic. Add this aspect ratio to the production design, and mono sound, and you have an authentically-made film that feels as though it came out nearly one-hundred years ago. Every single frame feels like a painting that we get to witness being painted. 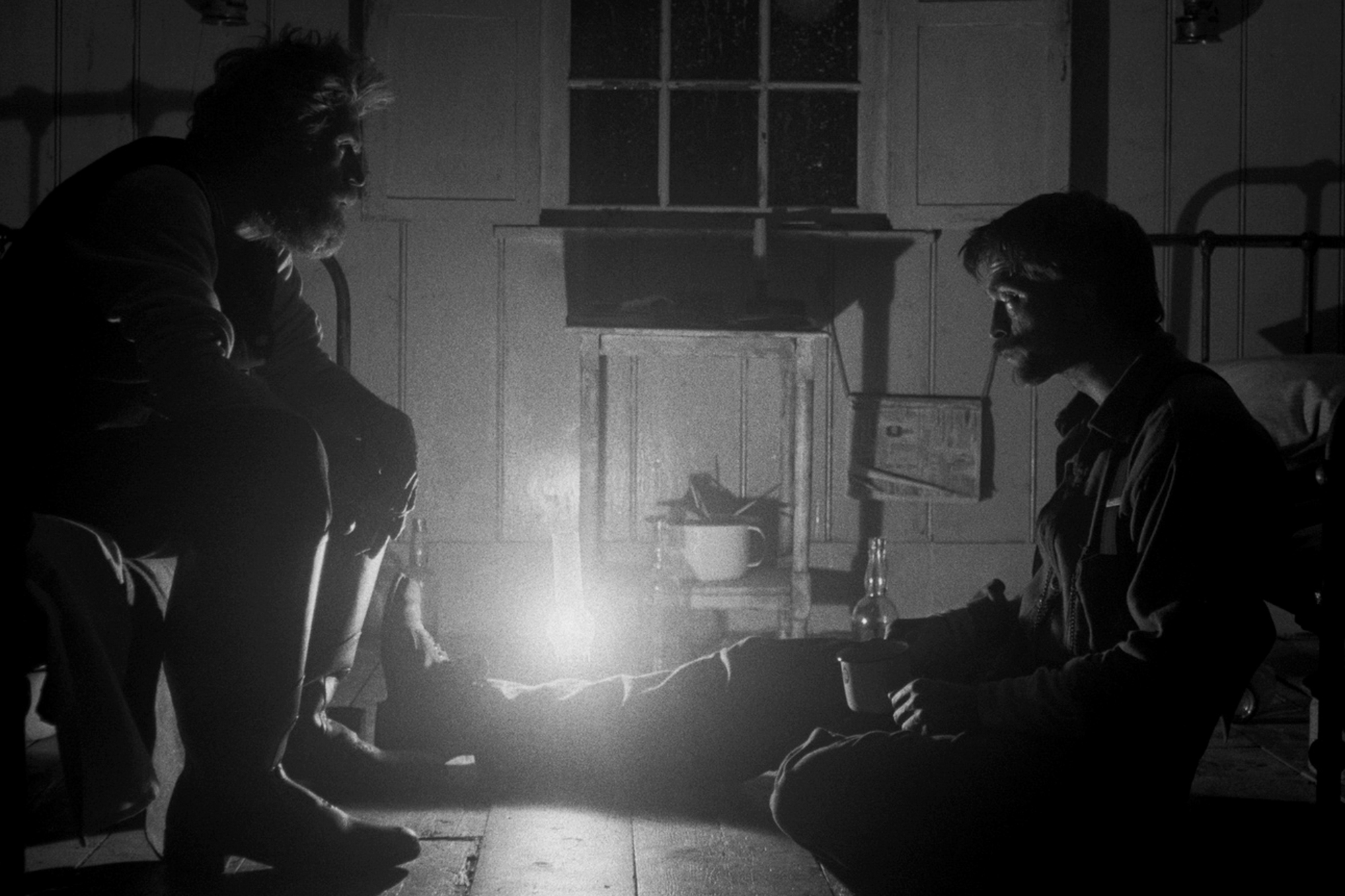 The sound is another aspect that sells The Lighthouse. Despite the mono designed sound, it should also be noted that the soundtrack, orchestrated beautifully by Mark Korven, is beautifully haunting. But there are many sounds in this movie, all just as unsettling as the imagery. There are many moments where the sound design made me want to claw my ears out just so I wouldn’t have to hear the gushy, mushy noises. I even found myself wanting to claw my eyes out as there are . . . things I saw that I never EVER wanted to see in my life, which is a one-two punch that is a make ore break for this movie. But we’ll get to that.

Finally, there’s Robert Pattinson and Willem Dafoe. Gone is Edward from Twilight, and replacing him is an amazing actor with a truly wide variety of roles to take on. Both actors bring it their all and give Oscar-worthy performances as they go through horrible weather that WAS ACTUALLY THERE. It should be noted that all the on-screen weather was real and both actors had to put their lives on the line to endure it for the film. Willem Dafoe stands out especially as he looks, feels, and talks like an old lighthouse keeper in a truly authentic role I have not seen the likes of in a while.

And that’s where all the good things end.

The story itself is interesting, but like Eggers’ last feature, The Witch,  The Lighthouse‘s dialogue suffers from being too historically accurate. Both characters talk in late 19th Century English and at times I couldn’t understand a single word they were saying, leading to me missing quite a few story beats. This is not a movie for casual audience members, as no one will be able to discern what anyone is saying.

The Lighthouse is also filled with a lot of ambiguity. Things happen and then they don’t happen with information proving they did and did not happen. Metaphors of seagulls and lonely wickies with sprinkles of insanity litter the movie like frosting on a cake. These aspects aren’t necessarily bad, but they require multiple viewing and I don’t think I’m ready to subject myself to this again. So the ambiguity and the indiscernible dialogue make for a confusing and rough experience.

And those aspects are UNFORTUNATELY not the only reasons why this movie will lose audience members.

I’m not exaggerating when I say that this movie had imagery that makes me want to claw my eyes out. I have never seen half the crap this movie has to offer and I wish I could take a bleach bath just to forget the things I’ve seen. Never once in my life did I ever ask myself, “What does a mermaid’s vagina look like?” Now I have an answer . . . and the Lord knows I wish I didn’t have an answer. What I am trying to say in an overall statement is that this movie’s visuals are more disturbing and screwed up than what most Blumhouse horror films have to offer — something that no one will ever be ready for.

I find myself at odds on how to score this damn movie. The positive aspects are more objective than the negative, subjective aspects and I know I will have to see this movie again, as it calls to me as the light calls to Wake. I need to know if the things I saw were real or a figment of my imagination. That’s what this movie does to you, it makes you as crazy as the characters on screen.

I can’t not recommend The Lighthouse because this is something that must be seen. With a lot of movies coming and the lack of originality filling their essence, it’s more . . . important to support original films such as this one. Even if that original film includes a scene of (REDACTED DUE TO GROSS WORDS AND IMAGERY THAT NO ONE WANTS TO SEE OR HEAR). It is an experience — a gross, unsettling, and down right nasty experience — but an experience nonetheless. It must be seen to be believed.

I know it seems contradictory to all of which I just said, but The Lighthouse is a real cinema experience. Despite my feelings towards it, I think that was the movie’s job. Once, a friend of mine watched Ari Aster’s Hereditary and gave it a 1/10. I asked him why and he told me that he wasn’t able to finish it in one sitting. He said it was too screwed up and scary for him. I told him that if a horror movie made him feel this way, then didn’t it do its job? He then gave the movie a 10/10.

What I’m saying is that, despite the aspects of the movie I didn’t like, it still did its job. And it did it with love, care, and historical authenticity. That’s a lot more than what i can say about other movies. Now if you don’t mind, I’m going to lock myself in my bathroom as I just saw a sea gull outside my window. You’ll understand if you’ve watched The Lighthouse.