Playing the game can really be addicting. Aaron Sorkin‘s Molly’s Game brings us the story of Molly Bloom, a woman who ran the world’s most exclusive high-stakes poker game for nearly a decade, and delivers an exceptional experience. The cast is perfectly chosen and Sorkin’s script is sharp, intelligent, and above all else, delivers an experience like no other in this biopic. I don’t know much about poker since I’ve never played the game, but I was hooked once the story began to unfold.

Molly Bloom (Jessica Chastain) started life skiing. She became an Olympic class skier before suffering a horrifying injury which brought forth a new chapter in her life. After moving to Los Angeles and finding work as a cocktail waitress, she ends up meeting Dean Keith (Jeremy Strong) who is a regular customer at the bar that Molly works at and offers her a job as his personal assistant. He introduces Molly into the underground world of poker and has her work the books at the games. She meets famous people and earns a great deal in tips that the players give her when the game closes. It’s here where Molly learns what it means to be a woman in a man’s world.

Jessica Chastain is brilliant in her portrayal of Bloom. She’s smart and utilizes her skills to host her own high-stakes game that takes us from Los Angeles to New York. Her clientele ranges from movie stars, business owners and eventually members of the Russian mob, something that brings unwanted attention from the FBI.

The film goes back and forth between the games being played, Molly’s relationship with her perfectionist father (Kevin Costner), and conversing her case and story with her lawyer Charlie Jaffey (Idris Elba). Molly narrates the film to further explain everything that happens. It’s helpful for me since I’m unfamiliar with the world of poker, especially when terms are being used to describe the plays when placing bets on the table.

Aaron Sorkin has been a fabulous writer for the past twenty-five years (His works includes A Few Good Men and The Social Network). He’s rapid fire dialogue is ever so present here and Idris Elba gives a monologue that is one of the highlights of this film, not only in the words said but the performance is very compelling. Costner does great work as the psychologist father and there’s a moment of reflection between him a Molly that’s moving when everything is beginning to fall apart. 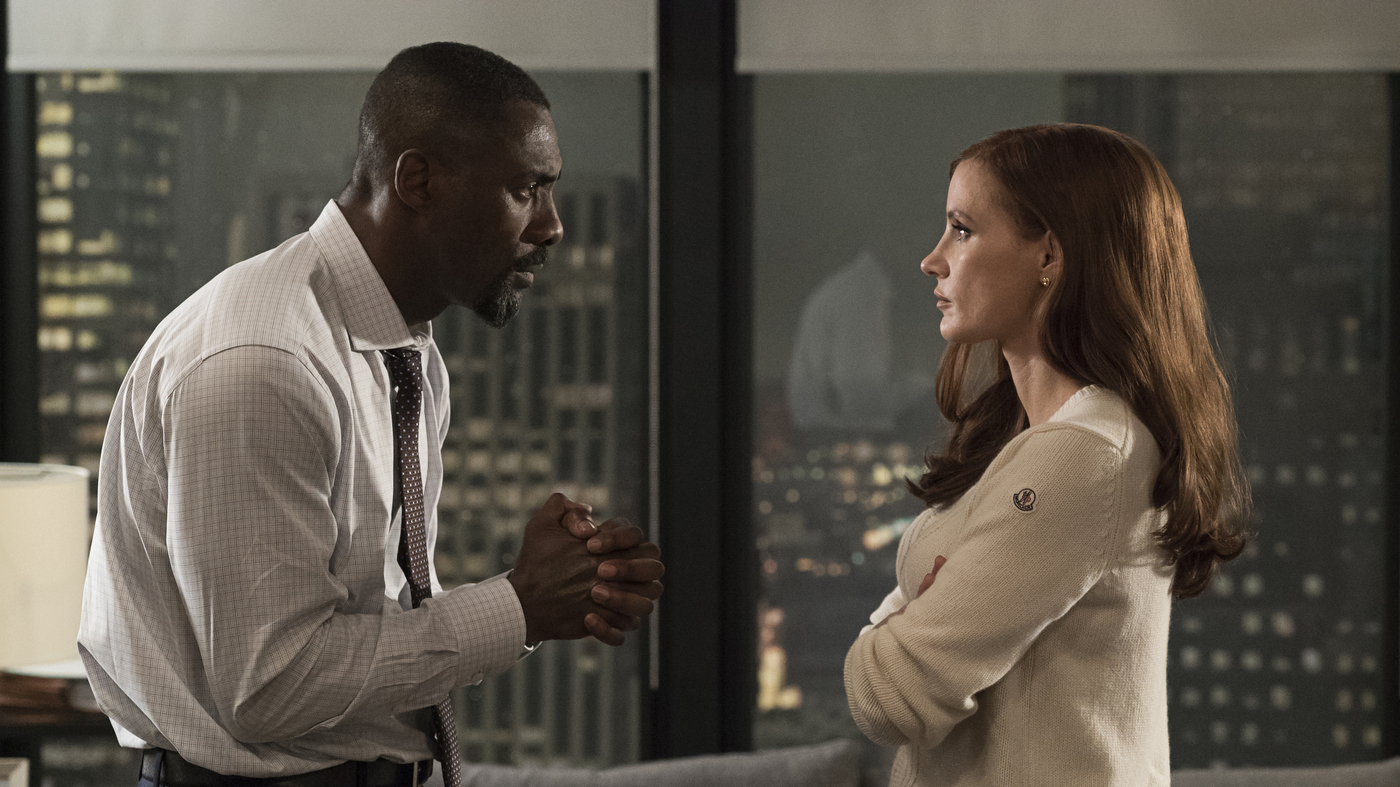 Molly’s Game flows smoothly from one scene to the next and the script is so well written that the actors are able to sink their teeth into it and deliver excellent performances. The narration of Molly Bloom is something that reminded me of Henry Hill (Ray Liotta) in Goodfellas. The poker scenes are well handled with Aaron Sorkin’s fantastic direction, but this film is more than just poker scenes, it’s a character study of the people we follow. He’s knows Molly’s story like it’s the back of his hand, and for that Molly’s Game will keep your attention and you’ll walk away learning about someone that really made a name for herself. Molly’s Game is a home run!