‘Kimi’ is an Edgy Techno-Thriller with a Fun Twist! – Movie Review

The Covid-19 pandemic has undoubtedly profoundly impacted the entire human population. A new movie called Kimi takes the idea of isolation and twists it with a murder mystery. Think of a techno version of Rear Window and update it to modern times, and you have Kimi. Director Steven Soderbergh is a masterful storyteller, and along with screenwriter David Koepp, this is an ingenious thriller that grabs your attention and steadily builds the tension to a nail-biting conclusion.

The movie takes place in Seattle, Washington, where Angela Childs (Zoe Kravitz) works as a technical interpreter from home. She interprets the language and keywords spoken to Kimi, an at-home device similar to Amazon Echo and Amazon Alexa, only this product is quite different and features some unique quirks. While the Kimi device can play music, dim the lights and listen to commands, Kimi also can record audio once it’s activated. This feature brings us to Angela, who works as an interpreter who listens closely to the audio and relays the information to the Kimi servers to understand better what the human is commanding to the machine.

For example, one of the audio samples that we hear mentions a woman that wants “kitchen towels,” and Kimi doesn’t understand what exactly that means. Angela goes in and rewrites the commands so that Kimi can fully comprehend what “kitchen towels” mean. Everyone these days is connected to some sort of machine; even Angela opens her files by saying, “Kimi, open files.” Her job keeps her busy, which is vital to her because Angela has a lot of problems of her own.

First of all, she is agoraphobic, making it difficult for her to leave her apartment, much less venture across the street to the food vendor. She communicates via her phone, email, and zoom calls. She never leaves the apartment, and we get the sense that something is a bit off with her. She’s in a relationship with a lawyer named Terry (Byron Bowers), who lives across the street, and after their lovemaking session, Angela rushes to wash all the bed linens as quickly as possible. We get the sense that Angela likes to control things, especially since she has a lot of problems. 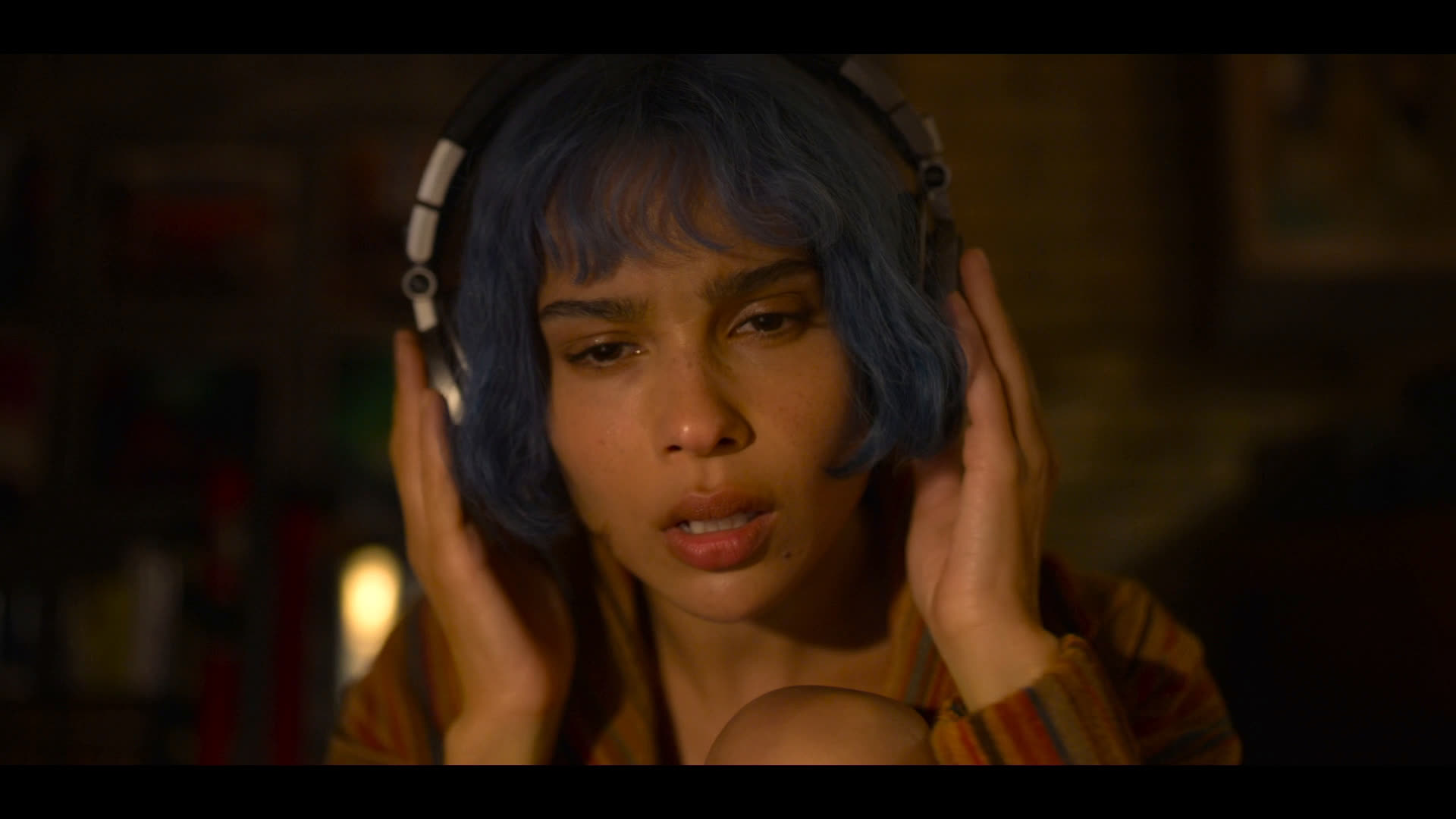 The heart of the movie focuses on the sheer isolation from others, and being that Angela has agoraphobia, we get the sense right from the start that Covid has made her life quite worse than it used to be. While listening to audio files, one night, Angela hears something out of place. Something isn’t right with this particular recording. A woman is heard screaming and begging for a guy to stop. Is this a game gone wrong? Is this woman really in trouble? Angela takes it upon herself to do some digging, and after altering the audio, she hears something that sends shivers down her spine. She reports what she heard to her boss Mrs. Chowdhury (Rita Wilson), who we aren’t exactly sure if she’s on Angela’s side. Then the movie kicks into high gear, and we are left clutching ourselves, waiting to see what happens next. One of the benefits of watching Kimi is that the film takes its time to reveal what is going on. Kimi is a slow-burning thriller that wants the audience to get to know Angela and all the players involved, and a big credit goes to Zoe Kravitz, who truly sinks into this character. A stellar performance, no doubt.

In a sense, we enter Angela’s shoes as she doesn’t know who to trust, and with the threat looming around her, we don’t know ourselves. Screenwriter Koepp is on point here, and his script is fun, engaging, and works as a techno-thriller. With inspiration drawn from Rear Window, Blowout, and even his Panic Room, all three films are blended into Kimi, and we are left thrilled by the film’s conclusion.

Kimi is yet another winning success Soderbergh. His style, vision, and encompassing direction make for another fun time watching his creations. He’s an innovative director who always has something new to bring to the table, and Kimi is a film not to miss. With a powerful lead by Kravitz, Kimi is a fun thriller that is intelligent and features enough high-tech stuff to keep everyone satisfied.