Before E.T. and Raiders, but after Jaws, Steven Spielberg had the 1977 classic: Close Encounters of the Third Kind. What is there to say about this movie that has not already been said? No, really. What else is there to say about this masterpiece? It’s a damn near perfect movie that is amongst the best Spielberg has ever made. The stunning visuals still hold up today despite being over 40 years old. The score by MR. John Williams is epic in sound and in execution. Those five notes will stick in your head while you watch the movie and even after you watch it.

Richard Dreyfuss is incredible as Roy Neary, making every effort possible for us to believe his captivating performance. Plus, the significance of François Truffaut’s casting as Claude Lacombe cannot go understated. Fun fact, working with Spielberg made Truffaut more openminded about working with Americans. If you didn’t know that before, you do now.

If you are unaware of the plot, I’ll give you a brief rundown. Close Encounters of the Third Kind follows Roy Neary (Dreyfuss) and several other individuals as their lives are forever changed after each has an encounter with aliens. The social commentary here is the same as it always has been. The government knows about aliens and will do anything necessary to keep them a secret. Although that idea has always been popular, it was Close Encounters that really explored that idea further in the public zeitgeist, something Spielberglater perfected with E.T. Yes, watching it today feels standard, as it does follow the whole, “Underdog good. Government bad,” formula to a tee. But it was one of the movies that popularized these tropes, so it can easily be forgiven.

The story is also pretty straightforward and a solid one at that. Despite the government aspect, it does take a more engaging approach to the whole “alien invasion” aspect. We see Roy’s association with aliens take a real toll on himself and his family life. His visions of the mountain and obsession with meeting THEM is by far one of the most interesting takes this movie has to offer. We actually see his family grow to hate him and ultimately leave him, and it’s never resolved. His family just…. leaves him and that’s it.

For a movie of its genre and at the time, a man’s family not coming back for a resolution is pretty impressive. The government officials also receive a side plot and even get some development as well. We see how scary these situations are for them and that trying to keep things underwraps isn’t as easy as others make it out to be. We feel for them, not as much as Roy, but enough to make it compelling. It’s probably the little things here that make this movie as awesome as it is. And speaking of which…… 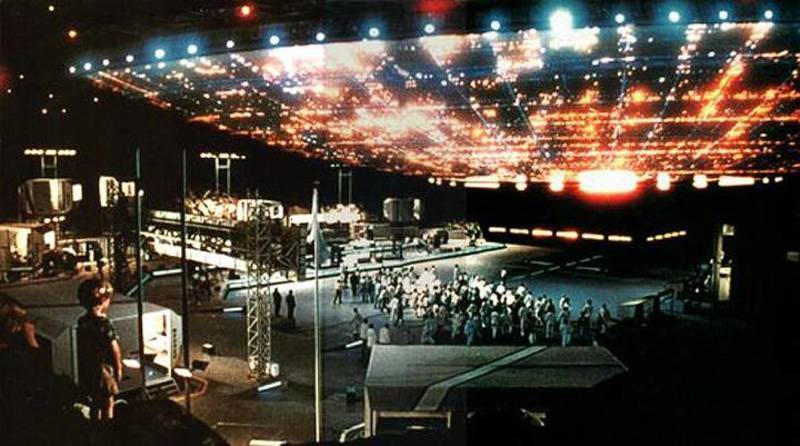 Even the little details that fit within this world really flesh it out and make it unique amongst other films. Like how every night shot has a UFO flying in the sky. How every news article references alien events. How the people that leave the alien ship in the end were real actual people who disappeared over the years, and whose disappearances were based on the idea of extra terrestrials.

What about those “classic moments?” You know the ones. Little boy, Barry standing in the doorway looking at aliens while encompassed by a soft orange glow. The humans and aliens playing the piano with each other in order to communicate. Roy building the giant mountain in his living room out of mud and sticks. Actually going there and seeing its magnificence. The perfect ending where Roy joins the aliens and flies off into space while John William’s theme blows in the background. All of these moments are classics and have been parodied to no end. Movies like Paul, Fanboys, and Super 8 have all referenced Close Encounters, while shows like Stranger Things and The X-Files do their fair share of homaging as well. 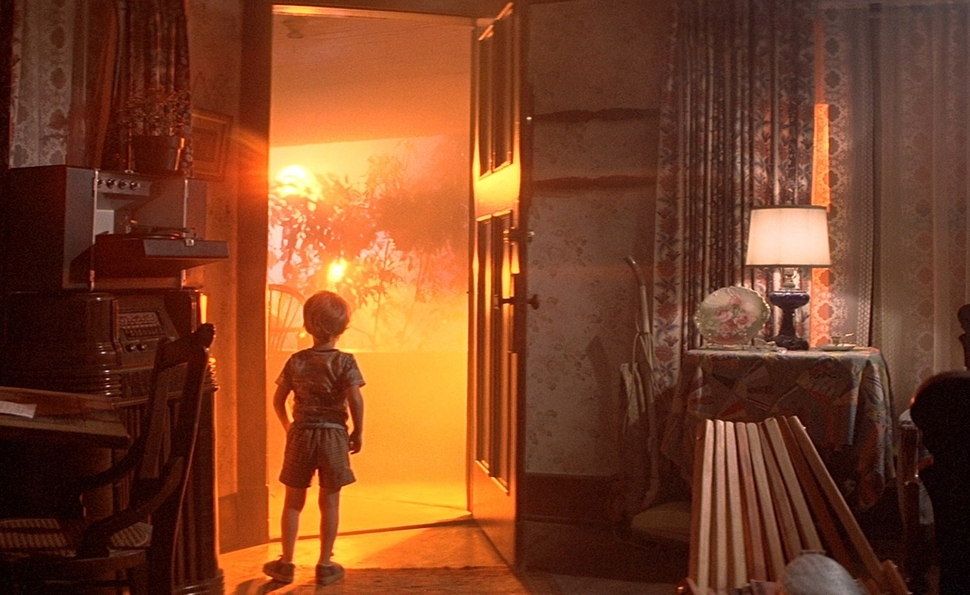 Despite being a masterpiece, there are some problems with Close Encounters when looking back on it. Barry, the boy, is very annoying. The kid playing him isn’t really that good at acting so watching him act can sometimes be a chore. The story is slow-paced and can drag at times- not going to lie, I had to fight the urge to check my phone or look at my watch. And, not to add insult to injury, but some of those classic “1970s cheese moments” have found their way into this movie. For every powerful scene of Roy breaking down over mashed potatoes, there is a scene where a guy overreacts to getting poisoned by knock out gas.

However, just because the film has these problems doesn’t mean it detracts from the overall product. I mean, how could it? This was Spielberg in his prime! There are so many classic moments that the references alone keep it at its god-level status. But the engaging story, solid direction, impressive visuals, and power score make for an amazing watch. On these merits, it’s a classic for a reason.

If you are a young movie lover, go watch Close Encounters of the Third Kind. If you are old, go rewatch it. There’s no excuse for not seeing this movie. None. And with the current state of movies right now, there might be as good of a chance as any to check or recheck Close Encounters.  Granted, the whole shady government aspect might not be the best thing, considering our current state of affairs, but like all Spielberg movies this is a human story more than anything, rooted in innocence and wonder. And I think we could all benefit from watching this movie again.