The Vigilante Returns with Bruce Willis in Remake of ‘Death Wish’

In 1974, Charles Bronson hit the screen in a bout of violence in the controversial yet successful Death Wish. Based on the book by the same name that was published two years earlier by Brian Garfield, the film told the story of an architect whose life was changed when his family was assaulted by a group of thugs which left the wife dead and the daughter in a comatose state. Paul Kersey never got the justice for what was done to his family, until he decided to take the law into his own hands and serve up his own form of justice. He was the vigilante that criminals became afraid of and street justice was something Kersey did. While the film was criticized for supporting the idea of vigilantism and the unlimited means of punishing criminals, the film went on to gross $20 Million.

After four sequels that became increasingly over-the-top and ridiculous along with 2007’s Death Sentence, a film based on the sequel to the Death Wish novel and is a more faithful adaptation to the story, MGM Studios along with Annapurna Pictures is releasing a remake of Death Wish, 43 years after its original release.

Development initially started back in 2006 with Sylvester Stallone (Rocky franchise) attached. He left after some “creative differences”. Other actors that were considered were Liam Neeson (Taken trilogy), Russell Crowe (Gladiator), Matt Damon (The Bourne franchise), and even Benicio Del Toro (Sicario). While a trailer has yet to be released, it’s interesting that a remake of Death Wish is underway.

The film hits theaters on November 22. We’ll keep you updated as news regarding this film is released. 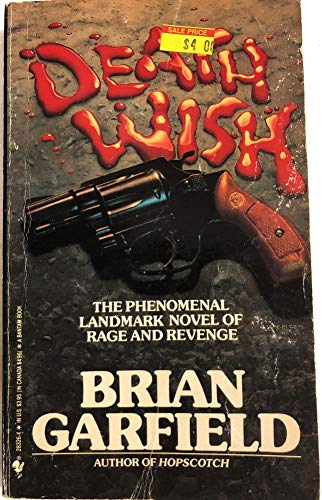