2014’s fraternity-comedy Neighbors was a pretty sure success considering its massive target audience, although it was hard to believe it would do so incredibly well as it did. Now stars Seth Rogen and Zac Efron return for the sequel, Sorority Rising, which features an even funnier conflict; Rogen and his wife (Rose Byrne) already had to deal with raunchy college men, but never wild sorority girls. The pack is led by Chloe Grace Moretz and Selena Gomez, who want their sorority to be able to party just as much as fraternities do.

The new poster shows Rogen and Moretz in a comically dramatic stare, both ready to do anything to achieve their goals. And instead of Efron returning to bring Rogen more pain and anguish as he did in the first film, he’s back to help him sort out the situation with the sorority, especially considering his vast knowledge of partying and breaking the rules over the years. The predictably funny aspect to the plot is Rogen getting caught up in his typical boyish mindset by letting all the pretty girls take advantage of him, as long as he still gets to be around them. The footage from the trailer shows plenty of wild escapades by the sorority sisters to prank, sabotage, and insult Rogen and Byrne as they simply try and live a quiet life with their newborn child. It should make for an interesting comedy even if it’s not that most creative idea for a sequel.

Check out the new poster below. 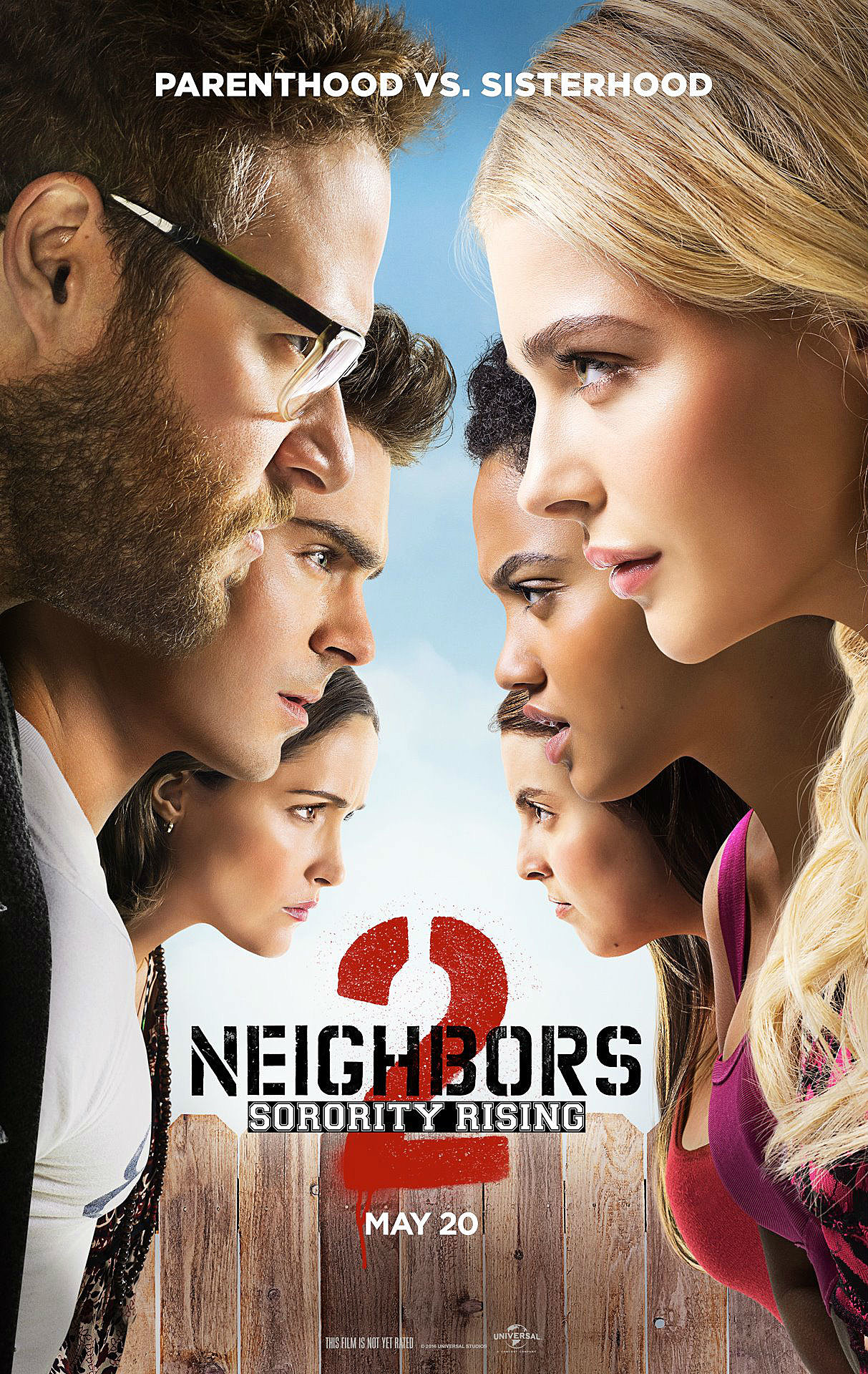