Every year in anticipation of the Oscars, there is a fresh wave of think pieces decrying the supposed irrelevance of the awards ceremony and the Academy of Motion Picture Arts and Sciences itself. These articles all follow a very similar pattern: the Oscars used to be an important event that rewarded the best films of the year. Then, at some point in history, the tastes of the Academy diverged from that of the public, and they dug their own grave, either by ignoring popular films or overlooking groundbreaking ones.

This narrative is convenient, but its presentation usually contains some amount of inaccuracy and historical revisionism. What gets lost in these conversations about the Oscars are the Academy and Hollywood’s histories more broadly. We take it for granted that certain trends exist but pay no specific attention to how they emerged and have developed over the last century. In a time when most people’s understanding of popular media starts in the 1980s, it is increasingly important to discuss these issues and keep this history alive. It is not possible to perform a meaningful analysis of the current (and plentiful) issues with the Academy without it.

Despite seeming to contradict each other, both trends mentioned above have elements of truth to them. Unfortunately, they’re usually discussed in ways that misrepresent the timeline to present them as recent developments. These problems have existed in some form or another since the awards’ inception, and recognizing this is vital to fixing them. In this article, I hope to clear up some of these misconceptions and direct attention to other resources examining these issues with the thought and care they deserve.

Issue 1: The Academy overlooks the films that most people see

This is true, but the origins of this trend trace further back than the commonly cited divergence point of Titanic’s victory at the 1998 awards, after which the Academy began awarding Best Picture to more obscure films. However, the harrowing Vietnam war drama The Deer Hunter pioneered the modern Oscar campaign strategy over twenty years earlier. When it seemed like the film would lose money but enjoy critical acclaim, Allan Carr and the film’s other producers gave The Deer Hunter a limited release to qualify for nominations and then expanded to wide release after the Oscar nominations came out. This strategy worked, and The Deer Hunter won five of its nine Oscar nominations, including Best Picture.

The now-disgraced media moguls Harvey and Bob Weinstein of Miramax mainstreamed this style of campaigning in the 1990s. Using the Oscars as a marketing strategy was their entire business model. Izzy from Be Kind Rewind details the specifics of their campaigning in her excellent video on the 1999 race where Miramax’s Shakespeare in Love (John Madden, 1998) defeated the assumed Best Picture winner Saving Private Ryan (Steven Spielberg, 1998).

Before this, the overlooking of popular media occurred more frequently in the acting categories than in Best Picture. The Academy rarely recognized the stars of musicals, and if they got a nomination at all, it was for branching out into more “serious” dramatic work like Ginger Rogers’ Best Actress win for Kitty Foyle in 1941. Fred Astaire, Rogers’ partner in massively successful films like Swing Time and The Gay Divorcee, did not receive a nomination until his supporting turn in the disaster drama The Towering Inferno in 1975. Judy Garland’s only nominations were for her stellar dramatic performances in A Star is Born in 1955 and Judgment at Nuremberg in 1962. Gene Kelly received only one nomination for dancing alongside Jerry, the mouse in 1946’s Anchors Aweigh.

This affected non-musical stars as well. Greta Garbo was arguably the biggest star of the 1930s, and she lost all three of her nominations—for Anna Christie and Romance in 1930 (in the early days, performers could receive nominations for multiple films as a unit), Camille in 1937, and Ninotchka in 1940. Cary Grant’s only nominations were for little-remembered dramatic performances in Penny Serenade in 1942 and None But the Lonely Heart in 1945, not for his iconic turns in comedies and thrillers like His Girl Friday and North by Northwest. Joan Crawford won for Mildred Pierce in 1946, her first nomination despite being in the business for over 20 years and her immense popularity. Rita Hayworth and Marilyn Monroe were never even nominated.

Issue 2: The Academy overlooks the most groundbreaking and important films of the year

This is also true and most obvious in discussions of non-American and non-English-language films, especially from outside of Europe, which has been and continues to be ignored by Academy voters—the recent exception of Parasite aside. When the awards started in 1929, there was no official award category for international films. From 1947 to 1955, eight films received honorary (non-competitive) awards. They created the Best International Feature Film category in 1956 and gave the award to Federico Fellini’s La Strada. This category ensures that non-US films get recognized during the ceremony, but it also keeps them relegated to a secondary category and decreases their chances of winning the top prize—again, except for Parasite.

However, this criticism is also valid of the American films, filmmakers, performers, and craftspeople deemed worthy of recognition by the Academy. Academy members are still overwhelmingly white, male, and straight, the fact that the institution has only recently begun to address and has always been influential in the voting process. Films that transgress cultural norms are always less likely to win than non-controversial films designed for mass appeal. When Green Book—a garden-variety white savior film and textbook example of Oscar bait—won Best Picture over the more confrontational BlacKkKlansman, many drew parallels to the 1990 Oscars. That year, Driving Miss Daisy won Best Picture while another controversial Spike Lee joint, Do the Right Thing, wasn’t even nominated.

This is true of the classic era as well. In 1952, the frontrunners for Best Picture were A Place in the Sun, a romantic drama about a working-class man torn between his coworker and a high society woman; and A Streetcar Named Desire, based on Tennessee Williams’ Pulitzer-winning stage play about a Southern belle moves in with her sister and brutish brother-in-law after a series of personal troubles. Both films pushed the limits of what films could show under the Hays Code. A Place in the Sun features an implied abortion, while A Streetcar Named Desire suggests that Blanche’s late husband was gay (which is made explicit in the original play). Fears of condemnation by the National Legion of Decency led to a late-round of edits on Streetcar—done without the knowledge or consent of director Elia Kazan—in which Warner Bros. removed over four minutes of footage from the final film. In a surprise upset, that year’s winner was Vincente Minnelli’s vibrant musical comedy, An American in Paris.

This happened again in 1959 when another Tennessee Williams adaptation, this time Cat on a Hot Tin Roof, lost Best Picture to Vincente Minnelli’s Gigi. Even more egregious is the 1969 race. That year, Oliver! won over the historical drama The Lion in Winter, Barbra Streisand’s star-making vehicle Funny Girl, Paul Newman’s directorial debut Rachel, Rachel, and Italian opera director Franco Zeffirelli’s adaptation of Romeo and Juliet. On its face, this doesn’t look like such an upset. What’s most telling about the Academy’s priorities is what didn’t get nominated at all. Just to name a few: Rosemary’s Baby, Faces, 2001: A Space Odyssey, Bullitt, and The Producers were all eligible for the award in 1969. These were films that redefined how people viewed and thought about cinema.

For example, John Cassavetes’ Faces brings the unpolished and observational style of cinéma vérité to the fictional drama. He presents complex and often unsympathetic characters who are difficult to understand. Scenes played out in long takes under harsh, unflattering lighting and often with objects carefully placed in the frame’s foreground to obscure the action. Cassavetes’ films reject the classical Hollywood filmmaking style of tightly constructed narratives, impressionistic cinematography, and large budgets. His work represents a new type of filmmaking done without studio interference or commercial pressure. Oliver! was a lavish period drama based on a successful Broadway musical distributed by one of Hollywood’s oldest studios—Columbia Pictures. It’s an extravagant roadshow musical in the vein of My Fair Lady and The Sound of Music, a filmmaking style falling out of favor with both film critics and the public. It’s no wonder that the Academy would choose to reward the film that doesn’t directly challenge their entire business model. 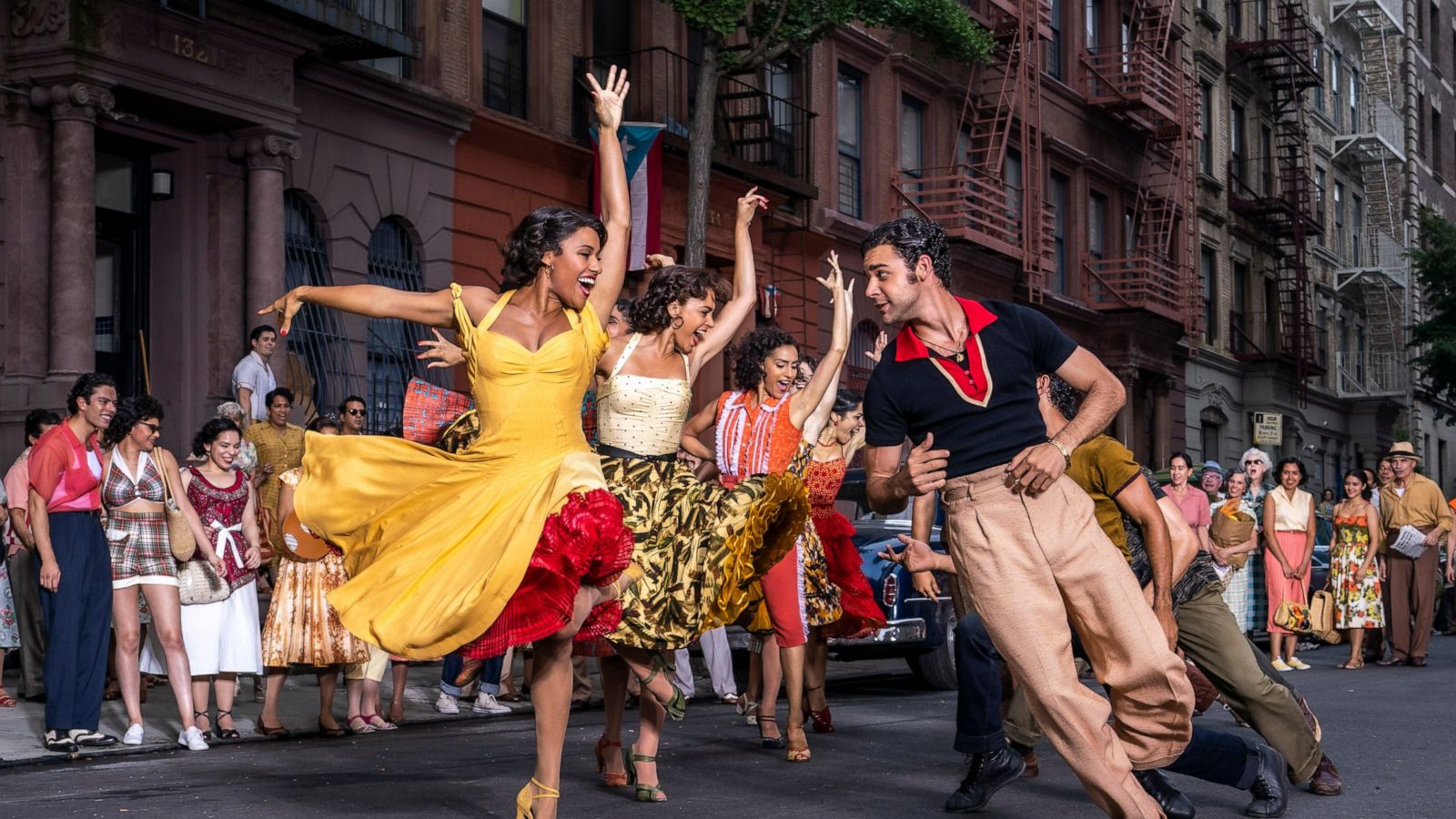 Ariana DeBose, David Alvarez, and the ensemble of West Side Story (2021) perform “America”

The Academy of Motion Picture Arts and Sciences is a deeply flawed institution, and I have only scratched the surface of its problems here. For example, the lack of diversity among winners and nominees, as well as the Academy’s flaccid attempts to rectify this. There’s also the prevalence of consolation awards given to filmmakers and performers for minor works as an apology for overlooking them in the past and so many more. I’ve linked other resources that explain these issues and more in greater detail throughout this article for anyone who would like to read and watch them. Happy awards season to all; however, you decide to spend this year’s ceremony. I pray the takes will be as brain-meltingly terrible as ever.