Perhaps the scariest thing that undeniably affects almost everyone is the horror of family. This is something that might make itself just that much more obvious during the holidays. As the world gears up for Christmas, Hanukkah, and the New Year, it will be interesting to look at two modern movies that take advantage of the pressures and tensions created by familial structures and exploit them for their possibility of terror. Both Hereditary and the newly released The Dark and The Wicked build the aspects of their horror narratives upon the mundane circumstances that the institution of family presents in many people’s lives.

Hereditary, released in 2018, has easily made itself a classic among many horror fans and film buffs everywhere. As an instant hit, the movie relied upon many shock value moments and scenes that easily stick with and haunt viewers with their explicit nature. Hereditary tells the story of a family’s grief after their grandmother passes away, who had helped raise the family’s youngest daughter Charlie in her lifetime. The real guts of the plot begin when mother and artist Annie allows her teenage son Peter to attend a party, so long as he brings his younger sister along with him. At the party Charlie suffers a severe allergic reaction and Peter finds her after smoking weed and immediately attempts to rush her to the hospital. After a car accident, Peter heads back home, only for Annie to find Charlie’s decapitated body the next morning. From this point on the plot escalates in terms of horror. After Annie attempts to contact her dead daughter things start getting more and more supernatural, with strange lights and sounds appearing throughout the house, fires alighting, alarming dreams for most of the family members, and violent physical possessions. In the end, it is clear that Peter’s fate has been sealed by his sister’s death and he is bound to become something evil, at the hands of his grandmother’s hidden, occult past.

The Dark and The Wicked takes on a similar plot in that it revolves around the death of an elderly family member. Louise and Michael head home after their father’s condition worsens, as he is already bed ridden. Their mother seems more off than ever too, telling the siblings they shouldn’t have returned home. Their mother kills herself in the family’s goat barn, and the two siblings are left to fend for their father’s life among the treacherous, paranormal conditions that seem to have taken hold of the farm. It becomes more and more evident that the Devil is present on the rural property, and it is up to the love of the siblings to save the deteriorating body of their immobile father.

Aesthetically, the two films are very aligned, with both using dark lighting and ambiance to create haunting family homes that are terrifying within themselves and their architecture. The menacing settings take on different nuances of the mundane, with Hereditary being set in a semi-remote, possibly suburban area crowded with woodlands. The Dark and The Wicked takes a different direction with a more rural setting, in which horror seems to breed itself. Both settings are brooding with horror, as they situate the protagonists as isolated in dark pockets of life among the vast and threatening wilderness that surrounds them. It is the remoteness of Hereditary’s various scenes, especially the party one, which undeniably build the tension of horrific moments. Had the hospital been located any closer, Charlie would have been able to get there via ambulance, avoiding her death all together. Had the farm from The Dark and The Wicked been located closer to a hospital, the father’s body could have been transported there. Had the two siblings not been so isolated in the countryside, they would have been able to reach out to the police or mental health authorities for help as the Devil creeped closer and closer. 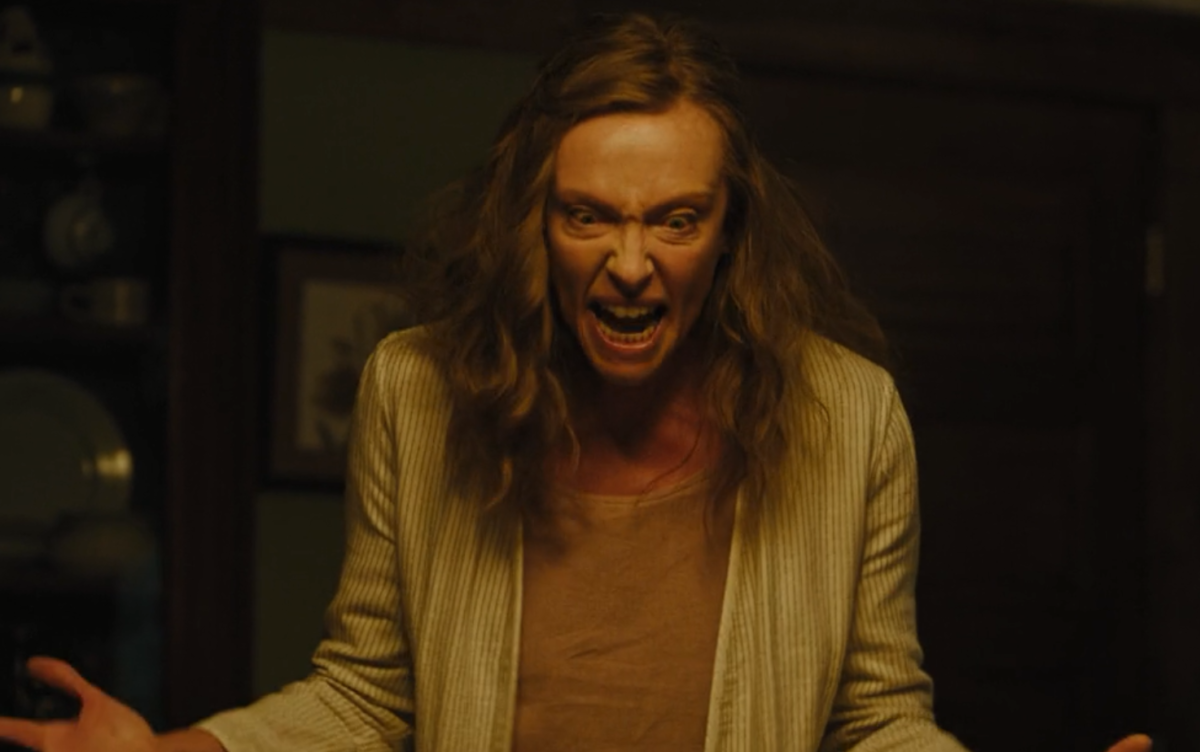 Both films also rely upon the idea of familial mortality and the occult to build up the themes of their horror plots. In this way, these two films establish a new subgenre of horror in modern times, that of family horror, which relies upon death, familial connection, and the exploitation of love by supernatural forces to find success as horror narratives. The explosive and scary grief that Annie experiences after the death of her daughter exemplifies the intense level of familial bond that was shared between the two. Annie lashing out at Peter over family dinner is one of the most iconic scenes of Hereditary and is scary despite not being horrifying, due to the sheer rage that Toni Collette expresses. The bond shared between Charlie and Annie’s dead mother also is the inciting bond for the entirety of the narrative, with Charlie chosen as a host for the demon that the grandmother had worshipped. Had the bond between the grandmother and granddaughter had not been so strong and exploited to such the extent that it was, Hereditary would have been a very different movie.

In The Dark and The Wicked, the dying, bedridden father is the inciting element for the entirety of the film’s plot. His deteriorating health conditions prompts the two siblings to come back to the farm and incentivizes them to stay, even after their mother’s on-site suicide. The bond between father and child keeps the pair of siblings around even as supernatural things begin to torment them day in and day out. The day nurse, who comes to tend to their father for a shift a day, tells Louise and Michael that it is their love for their father which prevents the Devil from inhabiting his form and taking his soul. The two try their hardest to keep the bond of love alive and protect their father and the weight put on this bond situates this film into a similar category as the modern classic Hereditary.