Promising Young Woman hit many viewers scarily close to home with its debut in 2020. The film itself brings up many hard-hitting themes and plot points including sexism, rape, and revenge. After watching the film, it is evident that the movie itself is speaking to the much larger cultural context of misogyny which runs rampant across the world. The way in which this film tackles extremely complicated and charged topics can be seen as problematic to some. However, there is no doubt that this film did a great job of embodying a well-executed feminist message, especially with the portrayal of its protagonist, Cassie.

Within the first couple of scenes Cassie takes one of her drunken predators for a spin. The bit she has committed a huge portion of her life to is acting so drunk that she can’t walk, having men take her home with them in her inebriated state, and then doing a 180 on them; suddenly snapping back to perfect consciousness and threatening them to stop taking advantage of women. While in the middle of this act, Cassie looks up from her position on a man’s bed as he begins to try to assault her, looks up into the camera, and says “Hey”. The man is then shocked she isn’t drunk, stops his advances toward her, and she warns him against trying anything like this again. This breaking of the fourth wall seems like it just flows with the narrative, and it does, but it’s also a hugely important moment in this film. In breaking the fourth wall, Cassie thus acknowledges the fact that she knows someone is watching, acknowledges her place within a film narrative. This meta-knowledge of the main character makes this instant so important because if Cassie knows we are watching, in this scene her acknowledgement of the audience is also consenting to being seen. This obviously ties back into her vigilante plot line wherein demanding consent is her priority. This gives Cassie agency within the plot; she is not something being subjected to being seen but is someone who is willing to be. 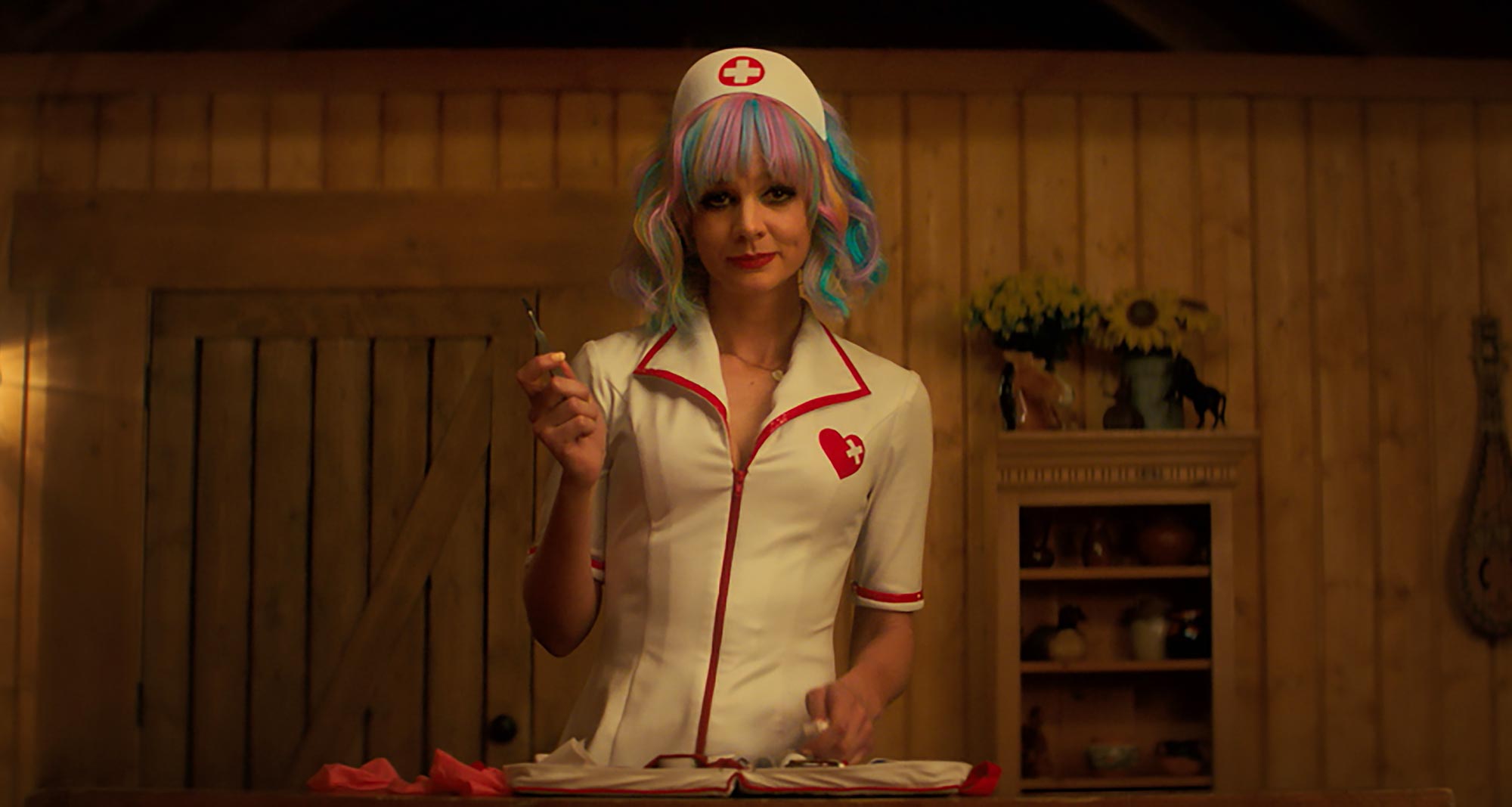 Additionally, the representation of Cassie’s character is complicated, never pinning her down as good or bad, delivering a truly realistic portrayal of a multidimensional and authentic human being. Within the film’s plot, Cassie does respectable vigilante work; calling men out for their predatory behavior and scaring them away from their desire to rape unsuspecting women. But this morally correct vigilante work is contrasted with her own personal need for vendetta. As she hunts down various people involved in the assault of her good friend Nina, she pulls some almost unspeakable stunts in order to punish those who hurt Nina. She sets a past friend up to believe she had been sexually assaulted after feeding her bottles of wine. She pretends as though she’s set up the dean of her university’s daughter to be assaulted by college students as she pries for information. And then out of the blue, when visiting the lawyer who worked against Nina’s case in court, she grants him forgiveness. After doing some terrible things to those who put Nina’s life in danger, her horrible actions are contrasted with one unspeakably kind one; granting someone forgiveness. This moral ambiguity sets up Cassie as a realistic portrayal of a woman. She is not shallow in her representation, nor is she predictable. This realism is inherently feminist because it works to demonstrate Cassie’s humanity above all else; she is just a person who is fighting for what they think is best. She’s not perfect, she’s human. 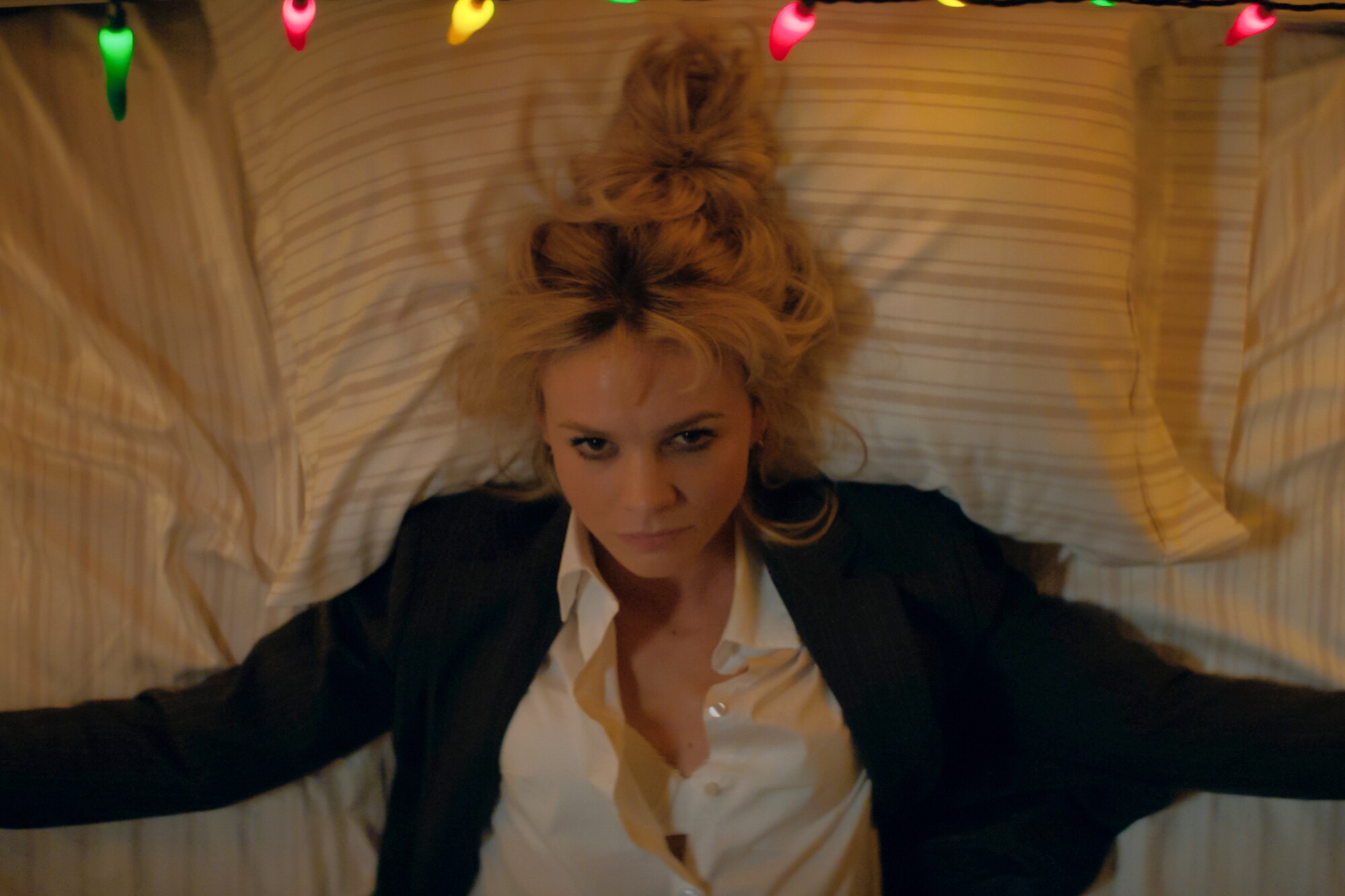 This complex and imperfect portrayal of Cassie as a character plays into a larger theme, which is the films destruction of the Madonna-Whore trope. The Madonna-Whore complex itself is a psychological phenomenon theorized by Freud and many others wherein men view women in a polarized dichotomy: they are either good, pure, and virginal, or bad, tainted, and sexually promiscuous. To men with this complex there can be no overlap in these characteristics- that means women cannot be good and also sexual nor pure and also bad. If men with this complex respect, feel close to, or understand the complexity of women then it is harder for them to find her sexually attractive, because her goodness denies her ability to be sexualized.

In media, the Madonna-Whore complex is embodied by women on screen. This complex has found its place in many forms of media before Promising Young Woman, including Hitchcock’s Vertigo, Lynch’s Blue Velvet, and in shows like American Horror Story and Sex in the City. This trope in media takes a very virtuous, even pious figure of womanhood and contrasts that saintliness with sexuality and darkness. In Promising Young Woman, Cassie’s character seems to be a caricature of this trope; in the day she is an innocent-enough seeming barista who lives with her parents, is smart enough to go to med school, and wears her blond hair in braids. By night she turns herself into the unfortunate victim of male desire- an “easy”, drunken girl, wearing promiscuous garb. When the predators who desire her gets close enough to take advantage of this manufactured side of her identity, she snaps back into the sharp, young woman she was during the day, thus demanding her predators respect and forcing him to back off from her previously vulnerable state of being. Cassie’s switching between these two identities, the Madonna and the Whore, is what scares these men so much; suddenly she is no longer Whore-enough to be objectified and assaulted. Her sudden realness forces the men to see her as a human being instead.

Promising Young Woman did a great job of delivering a feminist message with a truly feminist portrayal of its lead character. Its use of breaking the fourth wall and portraying Cassie as a multidimensional character both solidify her agency as a character within the narrative. Her character also works to challenge the Madonna-Whore trope, which creates important statements on consent and respect.