Oh Hai Everyone! A Look at ‘The Room’: The Bad Movie that You Have to See to Believe!

There are some movies that will surprise you, make you laugh and some that will shock you beyond belief. I’m sure you’ve heard the expression, “It’s so bad, it’s good,” The Room is not one of those films. After seeing the film, the expression that I would use is this, “It’s so bad that you have to see it to believe it.” I’ve always heard of The Room but had chosen to never see the film because I don’t enjoy watching bad movies. I think that films should be entertaining, funny and offer a sense of escapism. After watching The Disaster Artist, I was intrigued with the idea and I was excited to finally witness The Room as it was brought back to big screen. During the sold-out show I found myself laughing hysterically and joining the audience in multiple rounds of applause and screaming out, “Spoons,” when everyone else did. It was an experience like no other.

James and Dave Franco delivered exceptional performances in The Disaster Artist and now that I had a chance to watch Tommy Wiseau and Greg Sestero in the original product, it gave me more insight into the characters they are portraying. Now I will admit, had I seen The Room prior to The Disaster Artist, my reaction would’ve been considerably different. I enjoyed the heck out of The Room and I will say that it’s not a film you should watch alone. It demands to be watched by a crowd of people, because the experience makes it that much more enjoyable. From its weak narrative structure, lack of camera focus throughout the course of the film, hilarious dialogue and moments that are so bad that they transcend any meaning of understanding, The Room is a terrible film and yet it’s almost genius to watch.

The plot is pretty straight forward with the exception of numerous sub-plots that come and go faster than someone standing in a take-out line. Tommy Wiseau is really the highlight of the film. His movements, the delivery of his lines, and of course that laugh, makes Johnny (his character) unique and someone that stays in your mind. The story revolves around Johnny and his fiancé Lisa (Juliette Lewis) who loves him but says that she doesn’t. She’s clearly a sociopath who just uses Johnny for financial support and even has an affair with Johnny’s best friend Mark (Greg Sestero). The very nature of Lisa and her actions could very well shake up Johnny’s world forever.

Throughout the film we are introduced to characters that play minor roles. We have Denny (Phillip Haldman) a creepy neighbor kid who wants to watch Lisa and Johnny spend time together in the bedroom. All we know of him is that Johnny treats him like a son, he pays for his apartment and even the tuition for him to go to College. We can’t forget about Lisa’s mother Claudette (Carolyn Minnott) who wants the best for Lisa. She seems to be the smartest person in the movie yet the audience is left wondering what’s up with her breast cancer diagnosis that disappears from sight as soon as its mentioned. Let’s not forget other characters who are given no introduction as we are expected to know who they are. These characters can be recycled with other characters that we wouldn’t even notice in the first place. Tommy Wiseau wrote, produced and directed The Room and while we watch the film we know that it’s supposed to be a drama involved love triangle, instead we get that and moments of hilarity that aren’t intended. The dialogue is awful to say the least especially moments when Lisa tries to seduce Mark and his reaction is priceless. Wiseau seems to know what his film is about yet the audience is confused because each scene that progresses doesn’t make sense. Most movies get straight to the point but The Room isn’t like most movies. We get to see daily life such as people ordering food, Johnny setting up a tape recorder when he overhears Lisa mentioning that she’s having an affair with someone, and numerous sex scenes that are overlong and display nothing sensuous about them.

Personally, I don’t like watching love-making scenes in film. I find it to be distracting and rather pointless to show to the audience, and The Room’s scenes of love made me laugh and bored at the same time and don’t forget to queue the music that plays during each of them.

The Disaster Artist opened my eyes into who Wiseau and Sestero are. Watching The Room doesn’t show that and this made the experience very unique for me. Had I seen The Room first I would’ve panned this film, but since watching The Disaster Artist I have a greater appreciation for what Wiseau presented to the public. It’s almost tragic seeing a man’s dreams turn into a truly grueling experience yet the film does offer moments that are enjoyable. Think of watching a film so bad, but you can’t look away because somehow, you’re interested in seeing what happens next. I would recommend anyone to watch this film just for you to witness something that does standout. Is it a bad film? Absolutely, but it’s bad in its own way and that is something for you to enjoy with a crowd of people. Watch The Room and The Disaster Artist preferably back-to-back. 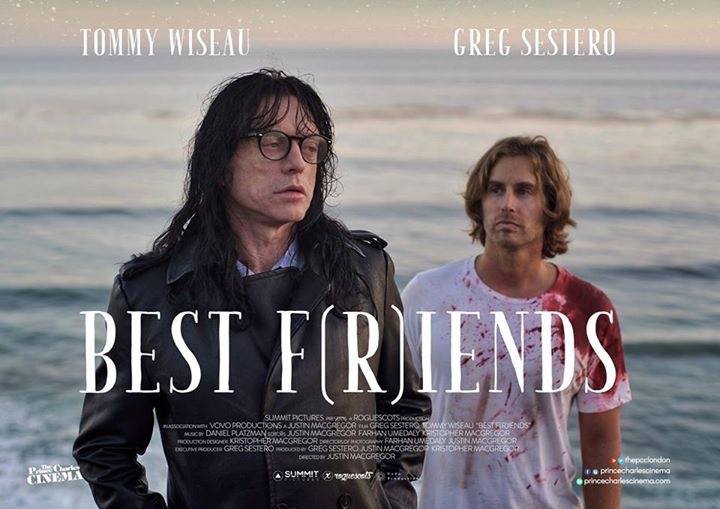 Wiseau and Sestero will be reunited for a new film titled Best F(r)iends since they last worked on The Room. Sestero writes the screenplay which will be released this year as two volumes. Volume 1 will be released on March 30th while the 2nd part will be out on May 18th. I do look forward to seeing this project since I really enjoyed The Room. Often cited as “The Citizen Kane of Bad Movies,” The Room is unlike anything you’ll experience. It’s a must-see for the audience reaction and has to be seen to be believed.

A story of love and betray that will tear you apart! You know what they say…love is blind!