Happy 2020! 5 Futuristic Films to Welcome in the New Year

It’s finally 2020 and, with a new decade having rolled in, it seems that the future has finally arrived. To compliment the changing of the times, here’s a list of five films encompassing futuristic themes either relative to their time of release or contextual narrative. It’s interesting to see the ways in which our concept of the future is presented through these films and how their attitudes compare with the optimistic sentiments expressed societally with this turning of the decade. 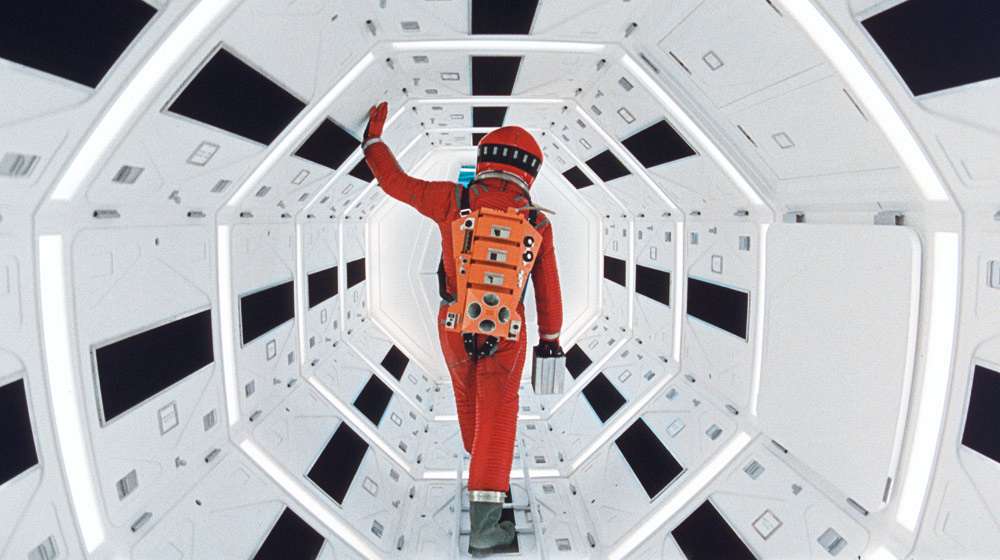 Stanley Kubrick’s 2001: A Space Odyssey is the classic “futuristic” film that has been regarded time and time again as the ultimate sci-fi movie. It depicts a journey through space wherein a computer system, HAL, accompanies a team of astronauts on a mission to Jupiter. The presence of an alien monolith also plays into the narrative, proving a force that bends time and has the power to change the fate of humanity.

The film is regarded as one of the most monumental Hollywood films of all time, and especially considering its content, is a necessary addition to any compilation of futuristic films. It was one of the first movies to portray space travel in a considerably accurate way and to deal with the alien concept of existentialism through such a macro lens.

2001: A Space Odyssey addresses time in a complex way, so much so that the future seems much closer to now than one might think. In this world, the future might be the bleak terrain of outer space accompanied by a psychopathic system of artificial intelligence. Or the future holds for humanity a comprehension of the universe beyond that which is currently imaginable. Upon watching the film, one can decide for themselves what Kubrick attempts to promise about what lies ahead for our species. Starring Jared Leto, Mr. Nobody is a film about the lifetime of Nemo, the last mortal human and his march toward death in a world where immortality has nearly been reached. The film chronicles the various pathways that Nemo’s life could have followed depending on the choices he made, such as living with his mother or his father after their divorce or choosing to love one of three women. This flickering mish-mash of hypothetical life choices makes the narrative complex and engaging.

This film deals very explicitly with the concept of the Butterfly Effect, and thus existentialism and time. The ways in which Nemo’s life could have gone or will go based upon his decisions, and his very fine-tuned knowledge of the effects of these choices, asserts him as the controller of his destiny.

Mr. Nobody is set in 2092 and depicts the inhabitants of this future Earth as gaudy and almost grotesque for the way in which they reject humanity. The concept of immortality seems to have stripped individuals of the qualities which make them decent. What determines Nemo as moral in such a world is his physical mortality, as well as his mental determination to assert autonomy over his destiny. 12 Monkeys is set in a futuristic world that exists as a result of biological warfare in the 1990s. A prisoner from the future, James Cole, is sent back in time with the goal to stop the outbreak of the world-ending virus before it can cause harm. Looking for the Army of the 12 Monkeys, an environmental “extremist” group, Cole is forced back and forth between the future and the past to complete his mission and save society before it’s too late. The twist reveals that it’s not, in fact, the Army of the 12 Monkeys which enact biological warfare, but a solo doctor who resents the human race for their destruction of the Earth.

This film deals with themes of apocalypse and justice, as many dystopian future films do and uses environmentalism as an interesting backdrop for the end of days. Surely a commentary of both climate change and the concepts of society versus nature, 12 Monkeys takes an interesting perspective on what the future holds.

Being set in a prison, the future can be determined as an oppressive and dark place. Society being forced to move underground to escape the destruction of sickness reflects this gloomy heaviness. With a much more pessimistic ending than the other films on this list, 12 Monkeys describes the future as an unchangeable landscape that will be plagued by the ills of humanity, regardless of any efforts to revise it. Directed by James Cameron, Avatar was released with high critical regard. The use of CGI and special effects throughout the narrative labeled it as a one of a kind experience at the time of its release. The story centers around the human colonization of an alien planet for its resources and the use of futuristic technology that transplants human consciousness within alien avatars.

This film’s focus on the colonization of outer space sets its foreign concepts in an air of reality. At one point humans threaten to destroy the Hometree, a sacred object of the planet’s Na’vi inhabitants which doubles as the nucleus of the bio-diversity that Pandora offers. The effects of human domination over the planet drive the plot and lead to inevitable conflict between alien and human races.

The future as seen in Avatar is one that feels visually incomprehensible, featuring tall, blue-skinned aliens who use their tails to connect with their world. However, the themes of environmental destruction hit close to home for any watcher aware of the effects of climate change. The future in this film feels bleak because it still contains the faults of mankind that have been present throughout history, destroying the livelihoods of indigenous peoples across the globe in the name of territory and profit. In the setting of an ambiguous futuristic wasteland ravaged by nuclear warfare, Eli (Denzel Washington) traverses across what used to be the United States on an epic pilgrimage. In a washed-up town, Eli steals a book from a ruling despot who uses the knowledge contained within it to exert power over the townspeople. It turns out the book is the last surviving copy of The Bible and it becomes Eli’s mission to bring the book to safety somewhere on the West Coast.

This interesting “hero’s journey” storyline uses the concepts of religion and knowledge to make a commentary on the way in which systems of power operate in communities. The post-apocalyptic society of Book of Eli provides a bare-bone backdrop where these power dynamics are easy to see and understand. The twist at the end reveals that, in order to truly see the world, knowledge is necessary.

The destruction of nuclear war subsequently stripped the world of its structure and allowed for anarchy to rule. The Book of Eli connotes the future as a desolate place that’s only linked to morality through thin ties to art and information, such as the Bible. This film shows how the future salvation of humanity lies within the preservation of expression and emotion, rather than the structure of the world as we know it.