‘The Long Night’ is a Frustratingly Non-Spooky Horror Film that Lacks Everything!- Movie Review

It’s not very often that I’m gifted a unique opportunity. Boy, was I so fortunate to review a movie such as The Long Night, a film that has no reason to exist outside the fact that I was given a chance to see it. This movie has the ingredients for a good horror movie but can’t decide what it wants to be. In the end, we are subjected to an experience that has us begging for something to happen; literally, anything interesting could happen because what I just finished watching was not worth a single brain cell.

The movie follows a young couple traveling from New York City to somewhere in the Deep South. Seriously, we have no idea where they are going. Grace (Scout Taylor-Compton) was born an orphan and had no clue where she came from nor the identity of her parents. Her boyfriend Jack (Nolan Gerard Funk) is along for the ride, and being that he’s never traveled to the Deep South, his mind is already made up of the typical stereotypes of southerners. Grace and Jack arrive at this large farmhouse-style home where they are to meet the investigator that Grace hired to track her roots. 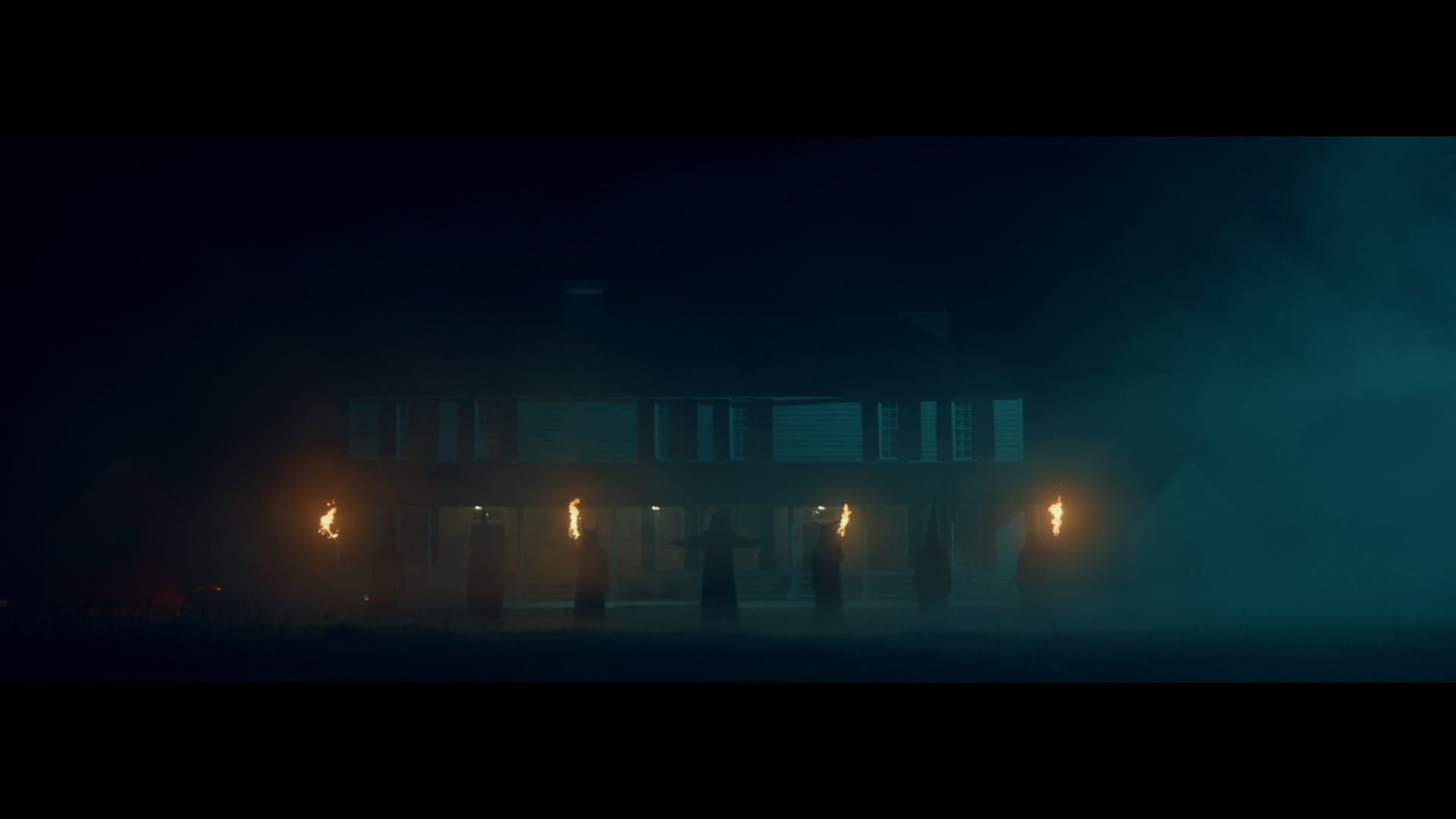 The investigator is nowhere to be found, but once they arrive, there’s a key under a flower pot so they can enter the premises. After a couple of hours, strange things start to unfold. The house smells of death, weird bloody pentagrams are found, and people dressed in black robes who wear animal skulls make their presence known on the property. Folks, I think we are dealing with a cult here. Both Grace and Jack are confused, and being that the script lacks any sense of storytelling, we have no clue what’s going on. The characters are constantly asking questions to determine what’s happening, which is a bad idea for a movie, considering that no build-up has allowed any explanation to make sense.

What follows are a series of lame scares, violent attacks, and threats made without any merit or bite. Despite the movie being an astonishing bore to sit through, during the runtime, I was asking myself questions that were aimed at the screenwriters, which are Robert Sheppe and Mark Young. For example, what is the point of this movie? Why does only one cult member speak? How does the leader possess telekinetic powers, and how do the other cult members appear out of thin air in multiple places? I want answers, and the movie doesn’t have time to answer any of them.

As an avid horror fan, I struggle to grasp why someone would enjoy this film. Perhaps they could see all that happens, which in this case is nothing, and develop another story that could work. Even though the movie is only ninety minutes, I became more engrossed with my thoughts than the movie itself. The Long Night is a cynical film with no clue what it is and doesn’t respect the audience to give us an engaging story. The characters are paper-thin, the story is nonexistent, and the execution makes for a movie that makes no sense. Afterward, I was anxious to view Midsommar just to make me feel better.

The Long Night suffers from everything. The writing doesn’t paint a clear enough image for the audience. The villains are mostly silent and act like stick figures for most of the film. Both Grace and Jack are idiotic characters who we can’t feel for because they have no definitive development. The direction is unclear, the editing is sloppy, and the soundtrack became more of an annoyance than providing a spooky atmosphere. I don’t understand how a movie like this could be filmed, edited, watched by the production team, and still cleared for release. This is an example of a movie with no identity, style, scares, or flair for making a concise horror film. The only thing I enjoyed was getting a tour of that house, which kept me engaged for a short while.