We all know the man behind that white emotionless face. His name is Michael Myers and while we haven’t heard him speak, his actions are sure strong enough for everyone to understand him. He is The Shape. The one who stalks a particular person and strikes from the unseen eye. A brute force that cannot be stopped nor slain. He is the epitome of pure sadistic evil.

Three years ago, Halloween was rebooted and served as a direct sequel to the horror classic from 1978 bypassing all those messy sequels. It was nice to see one of our favorite slashers return to his roots of killing everyone in his path. Even more so, we were able to see Jamie Lee Curtis return to the film that made her the infamous Scream Queen! This fresh take showcased numerous references to the original film and actually had a decent enough story that was worthy of multiple viewings. Plus, who can forget that iconic battle between Laurie and Michael!? Woo-hoo that was fun!

Let me start off by saying that there are more references to the original film in this sequel and there are a multitude of surprises. None of which will be revealed here. Fans of the franchise must witness these character returns for themselves. After the ending of the previous film, Michael was trapped in a basement surrounded by an all-consuming fire, but everyone knew Michael wasn’t going down that easily. 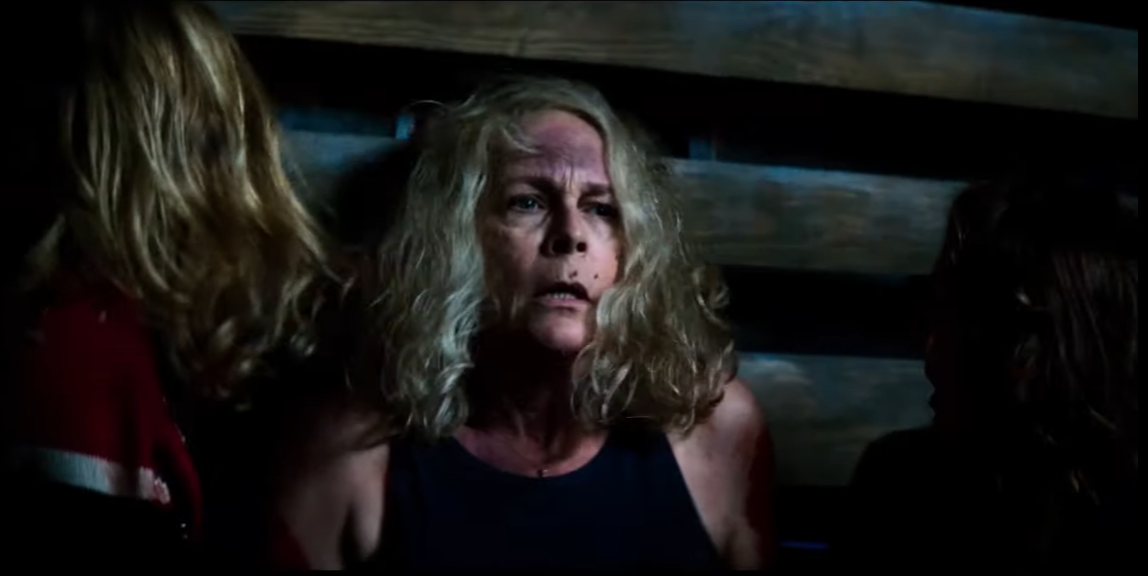 After Laurie Strode (Jamie Lee Curtis) is injured and flees her home, she sees a squad of fire trucks heading towards her house. “Let him burn!” she screams while her daughter Karen (Judy Greer) and her granddaughter Allyson (Andi Matichak) cry over all that has happened on this Halloween night in Haddonfield. Firefighters respond to the scene and search the burning house for survivors. Sure enough, they find someone that wasn’t seeking medical help. Michael emerges from the house and massacres numerous firefighters and proceeds on foot back onto the streets of this once peaceful community. Laurie and her family are unaware that Michael is alive and his killing spree is only just the beginning.

In this sequel, the body count explodes with Michael himself having a few new tricks up his sleeve. The kills in this movie are creative, gruesome, and, at times, clever which is a definite highlight. Sure, a lot of characters who are killed are often stupid beyond comprehension, but the kills are nevertheless entertaining. The theater I was in was a mixture of groans, sighs and even some laughs.

While Michael is out massacring the town, the people of Haddonfield are angry at the failure of the police department in stopping this monster. Even after forty years, the legacy of death is a painful reminder of his existence. A mob is formed and everyone is ready to chant, “Evil dies tonight!” What’s interesting is that we see all these townsfolk driving around forming a posse to hunt Michael yet we only see a handful of individuals at any given time. Even the police of Haddonfield have given up as we hardly see them hunting Michael at all (except in flashbacks).

James Jude Courtney does great work as Michael Myers. He’s menacing, imposing and gives Tyler Mane, from Rob Zombie’s version, a run for his money. He was super effective as to how he walked, stalked and killed his victims in the previous film whereas this time, Michael will either stab you, slice you, pulverize you, gouge out your eyes, or show off that signature head tilt. Forget stalking and taking his time. Michael is on a killing spree like we haven’t seen before.

The biggest disappointment from Halloween Kills is the slow pacing. The movie makes such an effort to trace all the steps from the original film in order to tie into this new timeline that more often than not, the present story is lost. However, some of the flashbacks are interesting. One in particular where Michael is ultimately captured following the first film.

As the movie progressed it became tedious as the screenwriters try effortlessly to tie the original to this timeline. Another crime is how Laurie Strode is treated. Jamie Lee Curtis literally repeats the events of the 1981 Halloween II in this movie. She spends her entire time in the hospital. The only difference is that she actually fought Michael exactly forty years ago, but in this film they never even meet. Not once! How can you do that to one of the most iconic final girls in horror movie history? 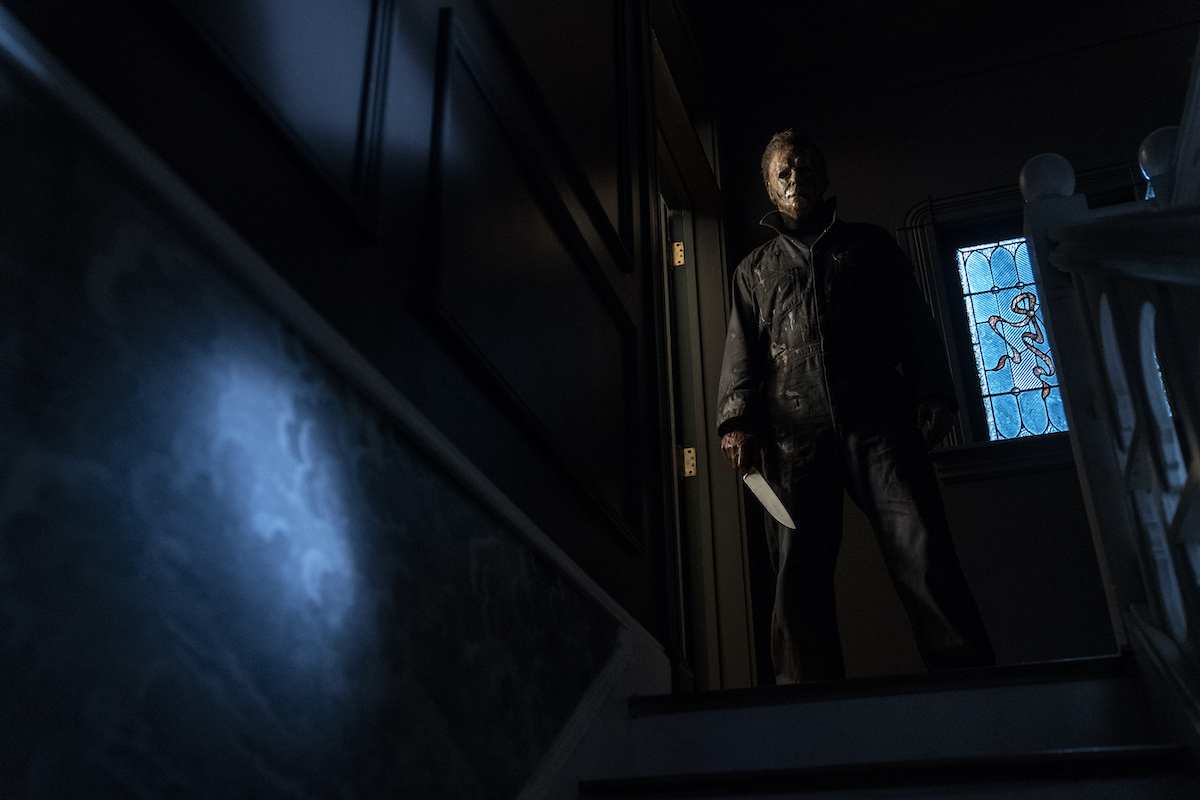 Halloween Kills is a step-down in quality when compared to the promising and effective 2018 reboot-sequel. This movie is more focused on giving the audience what they crave: violent and gory kills. And sure, the movie gets an A+ for that effort, but the story is so lackluster that even with a runtime of 105 minutes, it was a bit of a drag. The movie lacks scares, an engaging plot, and the glue that held this franchise together: the dynamic between Laurie and Michael.

Yes, the third and final entry in this new timeline will be released next year, and us horror fans surely hope that the filmmakers strongly consider giving us a movie that will entertain, excite, and deliver the scares and suspense that once made Halloween the perfect movie for the scary-themed holiday. Director David Gordon Green is an effective director and him, Scott Teems, and Danny McBride have done a good job in rebooting the franchise, but the second entry doesn’t seem to add anything new.

Despite the creative kills, gory scenes, and some truly funny moments, Halloween Kills is a shocking disappointment. While it’s great to see Michael again, especially with his burned mask, Halloween Kills is best remembered for its gruesome kills but in terms of plot or suspenseful moments that will keep us engaged, you’ll find that this movie delivers just the bare minimal.