From Blindspotting  to Sorry To Bother You, the topic of gentrification has been recently explored and briefly unpacked, with Sorry To Bother You focusing on what the issue stems from, using it as a backdrop to the bigger issue of capitalism, and Blindspotting centering on the harrowing effects of gentrification on a distinct community. These marvelous 2018 summer hits shed a much needed light on the issues of inequality, race, and gentrification. With the 2019 premiere of The Last Black Man in San Francisco,  the film placed the topic center-stage, giving us a transcendent and heartbreaking look at the effects of gentrification and the displacement of the cities’ forgotten residents. Newcomer Jimmie Fails gives an understated and passionate performance as his character of the same name, a fictionalized version of himself, desperately searching for his place in the world.  Fails a San Francisco native himself, brought earnest heart to the role.  Watching Jimmie on screen is heartbreaking as we follow his desperate search for a home in a city he is no longer allowed to call his own. A byproduct of being pushed out by a gentrified San Francisco, Jimmie fights to get his way back in,  while his best friend Monty willingly joins the journey.  The versatile Johnathan Majors (Lovecraft Country) intrigues and impresses as quirky Playwright, Montgomery Allen, Jimmie’s loyal best friend. Majors offered much needed levity as Monty, the films while funny at times, still maintains a tone of tender mourning and inevitable loss. Majors is definitely a scene stealer, and he’s one to watch.

Majors and Fails are a match made! The natural-born chemistry of the two is fun to watch. They play off of each other in such an exciting way which allows this slice-of-life to be more compelling to watch during its more subdued moments. The talented pair are seamlessly congruent in their performances. There is a give-and-take between the character’s Monty and Jimmie. They need each other. On the outskirts of San Francisco and in search of acceptance and home, they have each other. It’s a beautiful and important relationship to see, two black men leaning on each other for support, an on-screen image that’s long overdue. They compliment each other, which makes for a heartbreaking climax at the film’s end. 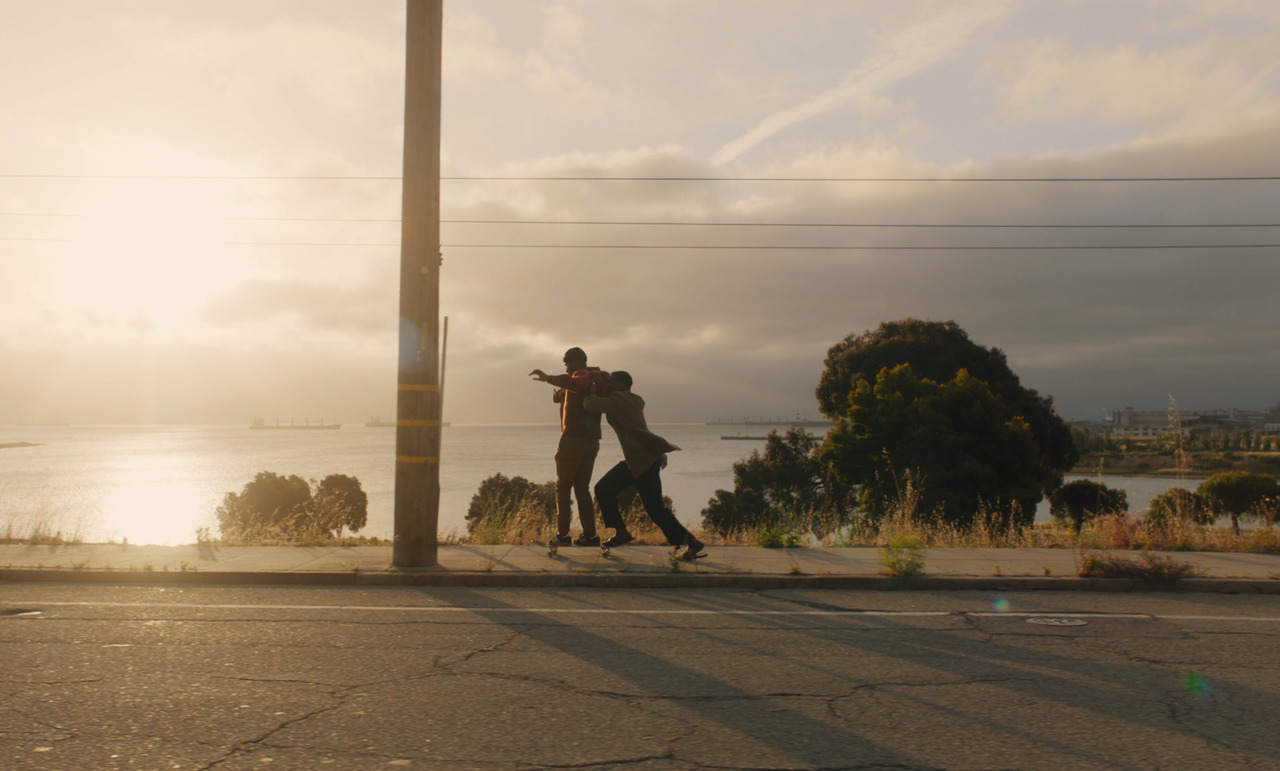 The Last Black Man In San Francisco plays as a Slice-of-Life narrative with pockets of conflict and tension. There are elements of the film that focus more on complex characters, their desires, their disappointments, and their pivotal decisions. A case could be made for this to be classified as  a character study. On the other hand,  while offering a closer look into location and background of the film, the film focuses on small, common moments with one-off characters in compelling locations. The setting and characters within it offers color to the already vibrant narrative.

The film has a star-studded supporting  cast, some of which include Danny Glover, Tichina Arnold, Mike Epps, and Finn Wittrock. The slew of side characters who have also been disenfranchised and pushed out of San Francisco, like the Preacher on the Soap Box, Jimmie’s Aunt (Tichina Arnold), Bobby (Mike Epps), the motor-mouth family friend living out of Jimmie’s old car, and the group guys outside of Monty’s house feel integral to the film. They are magnificent moving parts that give the city atmosphere and authenticity. This is a fantastic debut for Talbot. Every motion and movement is dynamic in the film. The action is just as lyrical and zany as the dialogue. The camera is another fixture, catching every staple of the outskirts of  San Francisco, especially the people that are forgotten and ignored. This is all supported by a lush score by composer Emile Mosseri. It is full of yearning. The score is poetic and Majestic. The score represents Jimmie’s transcendence and his resistance to exile.

The Last Black Man in San Francisco is an artfully crafted debut that reads as an understate epic as we follow our heroes through their journey of love, loss, and self-discovery. It is in a sense, a farewell to San Francisco from the people that the city left behind, but whose presence will never go unfelt.