What is the cost of war? It’s a question that has been discussed, depicted and thought of ever since wars began. The human toll is painful enough and what if we focused our attention on just a handful of men? Richard Bausch’s Peace (published in 2008) is a historical fiction story of a group of soldiers who are at odds with the winter in Italy and the threat of snipers in the surrounding area during the ending of World War II. This is inspired by true events, but the story itself is largely fictional. It only played in theaters for a special one day in honor of Veteran’s Day following the day after. So, how does a movie like Recon fair with other war films of its genre?

The film primarily takes places just outside of Cassino, Italy. The war is coming to a close, at least we know that, and the soldiers are exhausted. Winter has settled in and there are reports of German snipers in the area. A group of soldiers (not given any platoon name or regiment) are assigned to venture up into the mountains and recon the area for intel. The snow is deep, the weather is cold and at any moment’s notice, a sniper’s shot would be one you’d never hear.

The main cast includes Marson (Alexander Ludwig) as the Corporal of this small unit and leads a four-man squad up the mountain to survey the area. They are aided by a local Italian guide Angelo (Franco Nero) who knows the area well but sometimes we are suspicious as to which side this older man is. The other soldiers in the unit are Heisman (RJ Fetherstonehaugh), Hopewell (Mitch Ainley) and Asch (Chris Brochu). Each of these characters are unique in some way. Heisman is the solidly built guy, Hopewell is a bit arrogant and a racist, Asch is the goofy guy and Marson is the straightforward leader who wants his men to survive.

The film opens when their entire team is walking alongside a road when they stop a man who’s pulling a cart. A German pops out of the back and kills two soldiers and their Commanding Officer Sgt. Reece (Tyler Hynes) shoots an unarmed woman who’s crying at the sight of the dead German soldier. The other men in Sgt. Reece’s unit are stunned at what happened and several of them discuss what unfolded during the course of the film.

As said before, this movie is based on a book titled Peace by Richard Bausch and is inspired by true events. While I’ve never read the book the movie did intrigue me at certain points. I appreciate the fact that the movie is more concerned with what the soldiers experience and what becomes of them as their mission unfolds. Tragic events occur, a sniper is someone scouting over the dense forest and each man questions how they will be after all is said and done. I liked the message of the film, but honestly the movie is very slow and I imagine boring for some of the audience in attendance.

Robert David Port wrote the script and makes his directorial debut with Recon after his impressive short documentary Twin Towers he helped make back in 2003. He handles the story quite well and I did like the characters development of the soldiers we follow during the course of the movie but even then, there are a lot of flashback sequences and over-edited scenes that do make the movie feel too stylish and that ends up hurting the film. I was fine with a simple story of soldiers trying to survive and once the film concluded I wasn’t too moved by the film from the director. I was more impressed with the actors in the film notably Alexander Ludwig. He displayed some real talent in an otherwise lackluster film that details the horrors of war, the consequences of the choices we are forced to make and the lasting impression that haunts their dreams whenever they close their eyes. 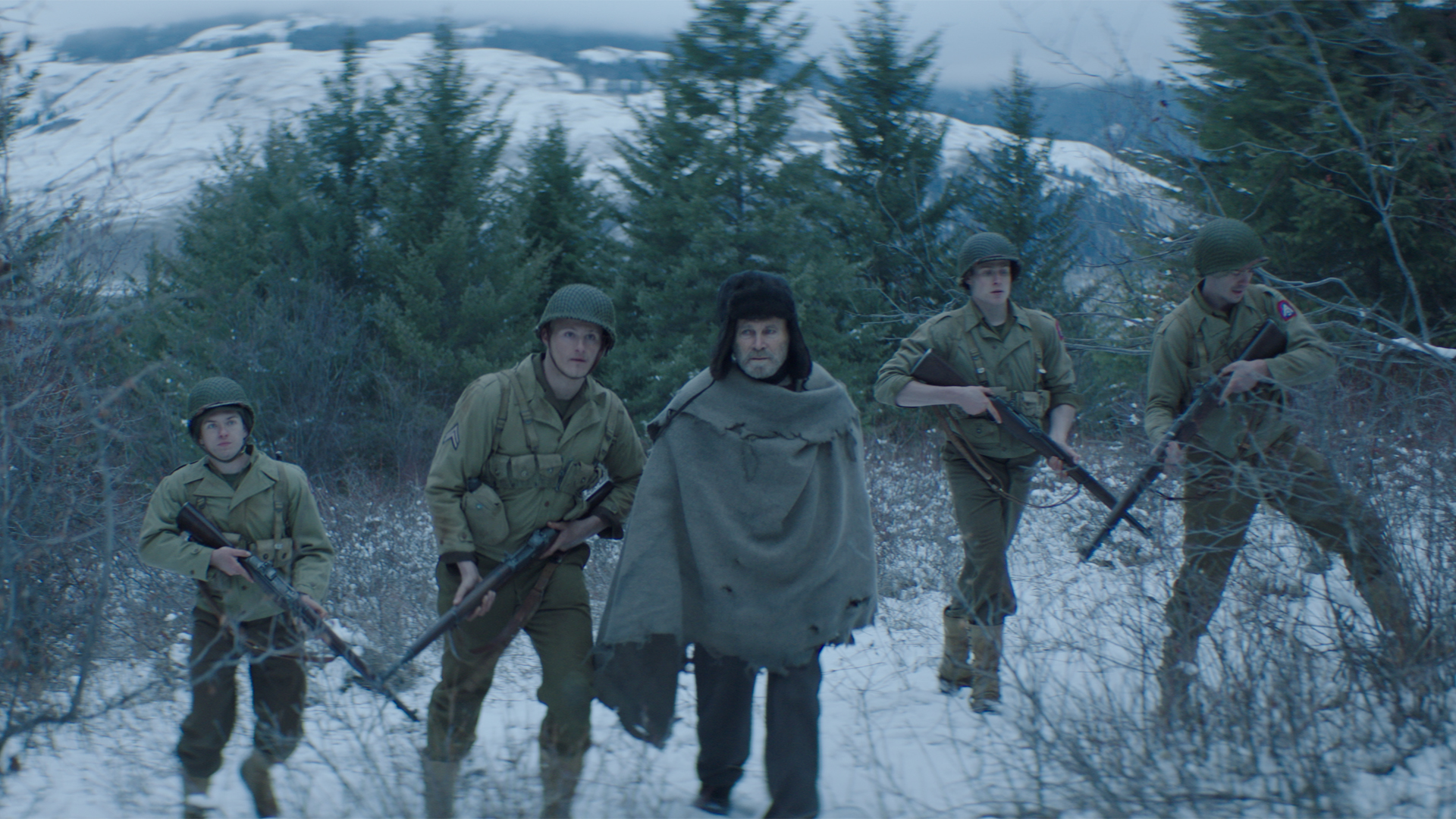 With a promising start, Recon could’ve made a name for itself. I like the simple plot line but the movie is too slow to be entertaining even though the performances are done quite well. The film is over-edited which became annoying and, in the end, it’s a film that is largely forgettable. I’ve heard good things about the book Peace and perhaps it’s better to immerse yourself in the story told in the book than seeing it on the big screen.