Movie Review-‘Moonfall’ is the Most Convoluted Movie of the Year!

Filmmaker Roland Emmerich is best known for making bombastic films specializing in the expansive nature of special effects filling the screen and dazzling our eyes. That’s not to say that his movies are bad heck, The Day After Tomorrow and 2012 were quite exhilarating, but his latest film Moonfall is quite another story. Here, we have a movie that has an intriguing plot, then layers on the special effects to follow-up to a third act that is so preposterous and convoluted that I thought my drink and candy were spiked with mind-altering drugs. What follows is a movie that is overlong, tedious, and fails at the creative process of crafting a unique science fiction action-adventure film. Moonfall is a huge step down for Roland Emmerich, and that, in and of itself, is quite an accomplishment.

The movie opens with a routine mission in space where repairs are being made. Astronaut Brian Harper (Patrick Wilson) and his Commander Jocinda Fowler (Halle Berry) have a freak occurrence when something knocks their ship off course, causing it to rotate uncontrollably. One of their rookie astronauts is killed in the process, and only Harper witnessed what actually happened, whereas Fowler was knocked unconscious. After he and his Commander testify at a hearing, Harper is fired from NASA and falls out of public view. Years pass and strange things are happening on the surface of the Moon. During that routine mission, something came out from the Moon, but Harper is primarily ignored, criticized as crazy, and ostracized from the space exploration community. 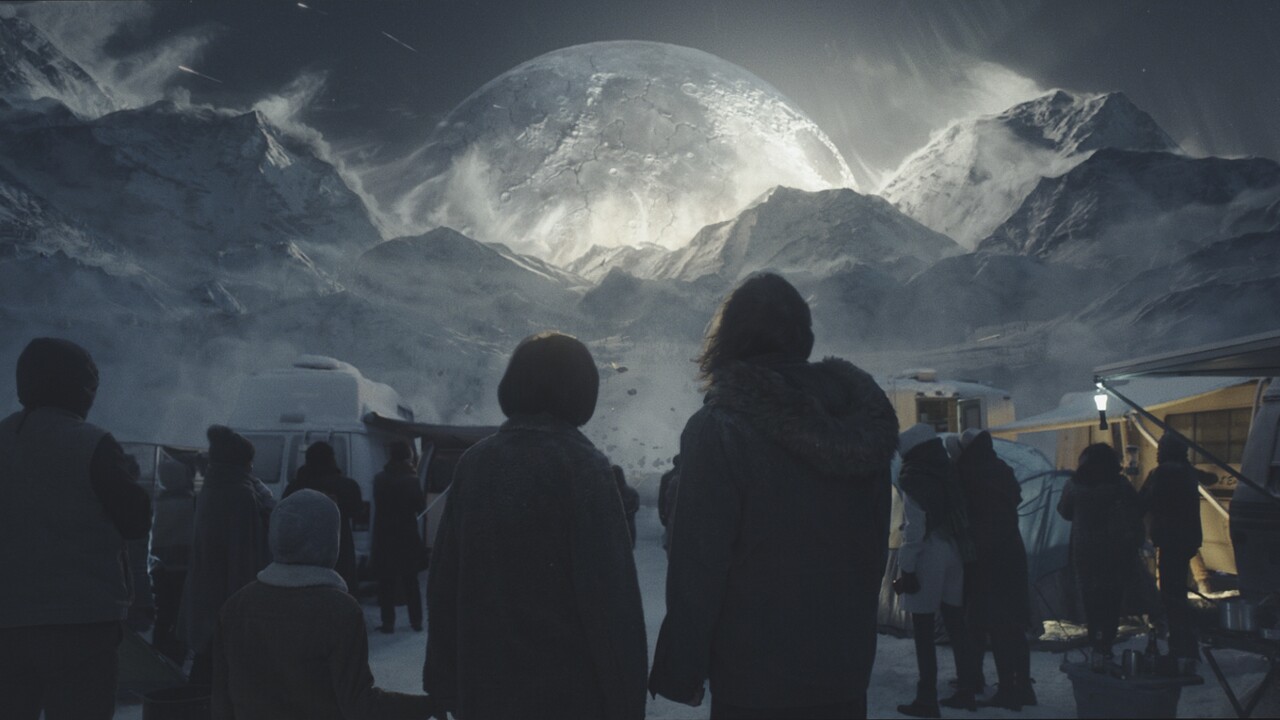 A man named K.C. (John Bradley) is convinced that something is happening to the Moon and isn’t exactly sure what it is. K.C. isn’t a scientist nor affiliated with NASA, but he runs a website that is a lover’s dream for conspiracy theories and might make good friends with Special Agent Fox Mulder (X-Files). After obtaining evidence illegally, he determines that the Moon has somehow broken out of its orbit and is now on a collision course with Earth! Funny, the actual scientists and engineers can never figure out the problem themselves.

As a result of this change in orbit trajectory, the Earth will be experiencing some odd behaviors, which include massive flooding of coastal cities, the gravity of the planet will be affected by the encroaching Moon, and the fate of humanity is in jeopardy. The only way to stop this from happening is to determine what is happening to the Moon and figure out a way to avert the impending crisis. The world’s fate rests in the hands of a handful of people which is the annoying and tired cliche of disaster movies. I balked at the idea of how fast NASA can orchestrate a launch within a day, even though that is rarely the case. The weather conditions always seem to work in their favor.

In between the scenes of chaos and destruction, the movie drowns us in numerous subplots involving broken marriages, separation of children, and even a small gun battle that erupts into a car chase while the gravity of the Earth is being distorted. Watching this movie reminded me of the headache I got when I saw Armageddon and The Core, the very worst examples of disaster flicks. Those movies seem somewhat believable when compared to this hunk of science-bending fiction. Despite the two-hour runtime and an overabundance of subplots, the movie loses the overwhelming sense of danger that was present with The Day After Tomorrow and 2012.

As mentioned before, director Roland Emmerich is very good at bringing eye candy to the screen, and the special effects are put to good use. The story itself is a joke, and that’s putting it nicely. I was content with most of the film, that is, until the third act, where the plot takes an utter nosedive into pure insanity. Even the audience laughed at the film instead of being engaged by it. The attempts at a convincing plot offer the audience numerous references to other science fiction movies and video games, which undercuts the creative process of making this movie fun, entertaining, and, perhaps somewhat original. 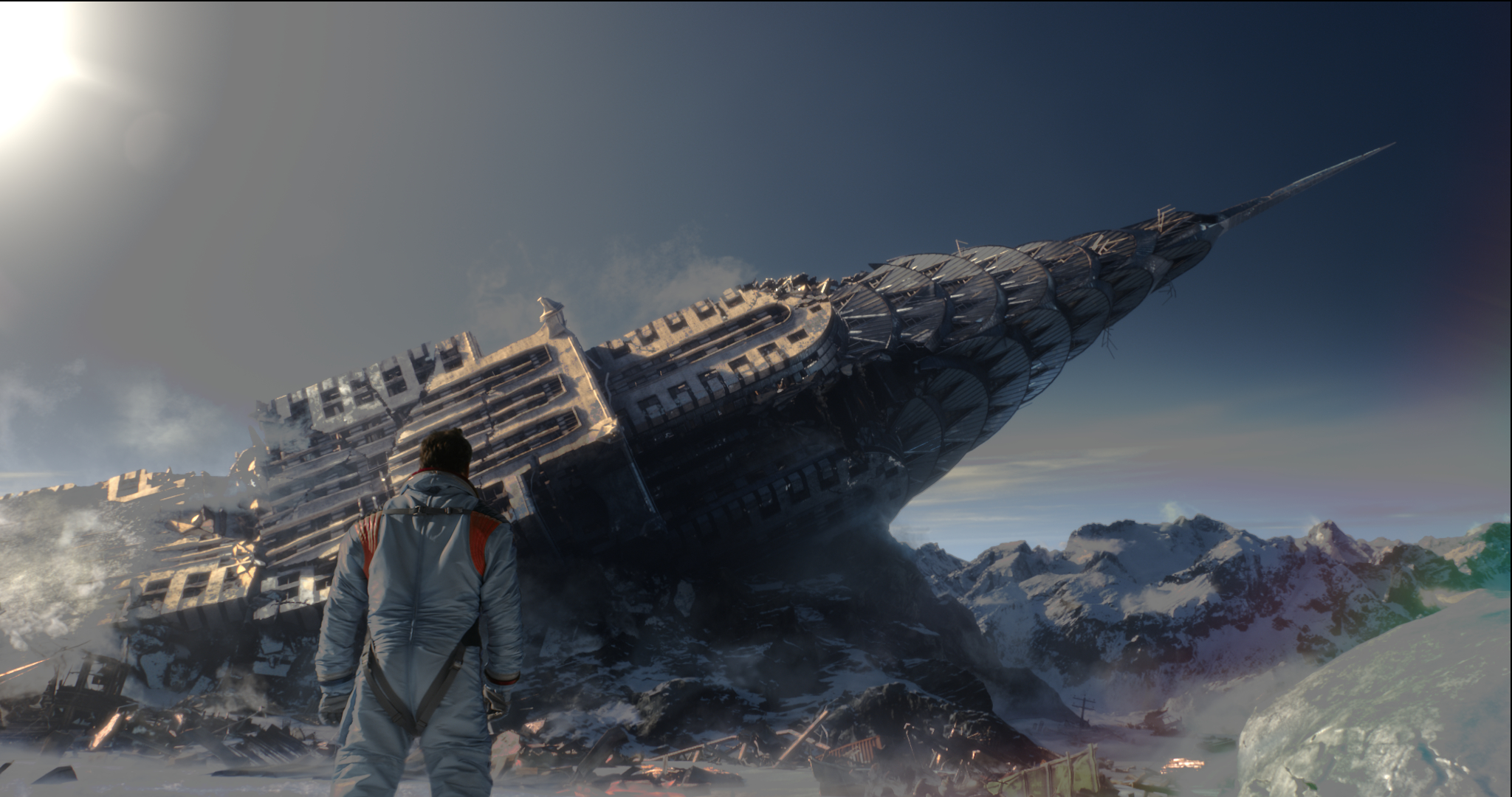 Moonfall is a disaster of a film based on its plot alone. The story is a ripoff of far superior works in the science fiction realm, and despite the good casting in the film, the movie’s shortfalls are too massive to overlook. Sure, the special effects are impressive, and with a budget north of $140 million, you’ll get that eye candy for sure. It’s too bad that the film lacks suspense, and the plot isn’t as engaging as Roland Emmerich’s previous works. Moonfall is nothing more than a technical exercise in seeing actors react to special effects rather than serving up a story that would’ve left the audience thinking instead of laughing. If you are looking for a goofy time at the theater, then Moonfall might be for you, but for everyone else, another movie might be the better choice. Anything else playing in theaters right now is far better than this disaster. I almost feel bad for the Moon at this point.