It’s far easier to judge someone when you know nothing of the life they are living. Before sitting down to watch Life of Crime: 1984-2020, Jon Alpert was not a known name, but as director of this new HBO Documentary and Jon Alpert is certainly a name to watch out for.

This documentary spans thirty-six years and follows the individual lives of three people who live in Newark, New Jersey. They each have their struggles but there is something that binds them together, and that is drugs. This documentary examines the lives of these three people, and with truly raw footage courtesy of director Jon Alpert, who filmed these people over all these years, the audience witnesses a lot of disturbing visuals, hauntings moments of despair, and feel the agony when life is losing grip of these lost souls.

The movie begins in 1984 with a man named Robert Steffey. Along with his partner, they casually tell the cameraman who is filming them(Director Jon Alpert). They steal items from stores so that they can sell them on the street because working for a living, or even working for minimum wage, isn’t going to cover the bills or put food on the table. Steffey and his partner commit a robbery in broad daylight and make off with the loot to cash in by selling the goods to people in his community.

Steffey explains that he makes good money committing these crimes and is well aware of the consequences he could face if he’s caught. He’s brazenly cavalier about his actions and even talks about how much money he’s saved up which could be used for bail in case he’s busted by the cops. The second man is Freddie Rodriguez, who’s a friend to Steffey. Freddie was released from prison for possession of cocaine and not soon after his release, he’s back on the streets looking to make a score. He rides along with Steffey to commit petty robberies of stores and, as of yet, he hasn’t been caught yet. 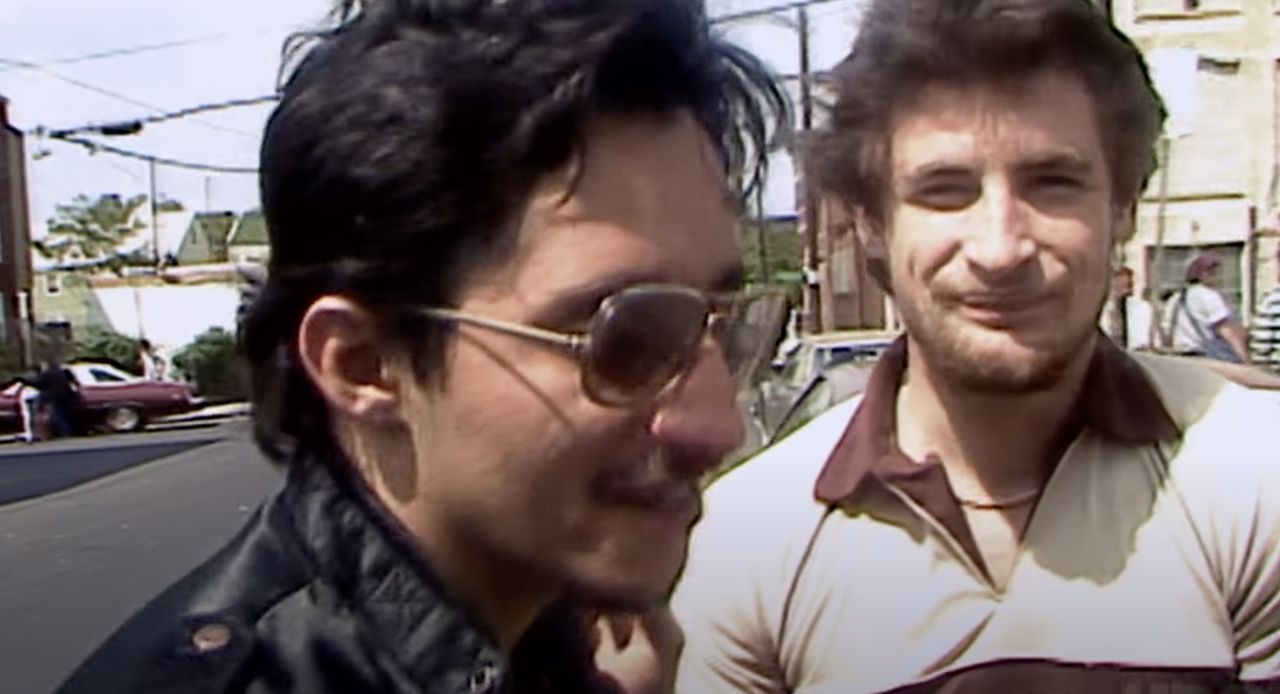 The third person the audience follows is a woman named Deliris Vasquez. She is the girlfriend of Steffey and along with her two children, she’s doing all she can to make ends meet. While all three of these characters know each other, their paths in life will follow a familiar path that becomes all too apparent to those who study crime in their spare time. During the film, we see the progression of these people and the choices that they make that will have a profound impact on their lives as well as their families.

The raw footage that Alpert filmed provides an unflinching look at what happens to these people. Freddie has two children, while he does his best to provide for them, his absence from their lives and as a father is clear to the audience. Steffey becomes addicted to heroin and will even go so far as to stray into the seedy areas of town looking to score.

Deliris, on the other hand, is raising two children and also becomes addicted to heroin. To ensure her habit, she enters the world of prostitution. Everyone one of these people gets arrested, is released, and against all odds, is unable to break away from the chains of addiction that have so corrupted them. It’s all they think and considering how addicting heroin is, just quitting cold turkey is an impossible task.

Some of the best moments involve hearing the conversations when these people are either in prison or just getting released and are hopeful for the future. Rehab is an option, their respective parole officers offer them plenty of tools to clean up their life but, in the end, it all comes down to the decision of the beholder. There’s a lot of footage of heroin being injected into arms, legs, and, at one point, someone is desperate enough to find a vein in their neck. One of the most heartbreaking scenes is when Deliris’ daughter realizes that her mother is truly sick and if her mother doesn’t get well, then she doesn’t want to be a part of her life. This girl is less than ten years old, which shows who the adult is in the room.

Director Jon Alpert shot this documentary over thirty-six years following the lives of these three people. There are times when years pass, and the audience often wonder what has happened to them. They are in prisons, in the courtrooms, and on the streets with a dirty needle in their hand. This is incredibly rough stuff to watch and it’s certainly not for the faint of heart, but the images on display here are a mere reflection of the daily activities that these characters engage in. The audience comes to care about them, especially their children which are left to be secondary figures in their lives when the drugs are the primary source of their attention.

The encompassing number of years that passed are impressive and when it was all over, it feels like the audiences knows these people. They are real people. People on the street corner and that others never give a second thought. This documentary puts a face on the ordinary person. It’s easy to judge someone who is addicted to drugs and spends their life in and out of prison, but this movie wants the audience to know these people. The viewer should want to know who they are, what they have to say, and, at the very least, understand their choices in life even if the audience may not agree with them. 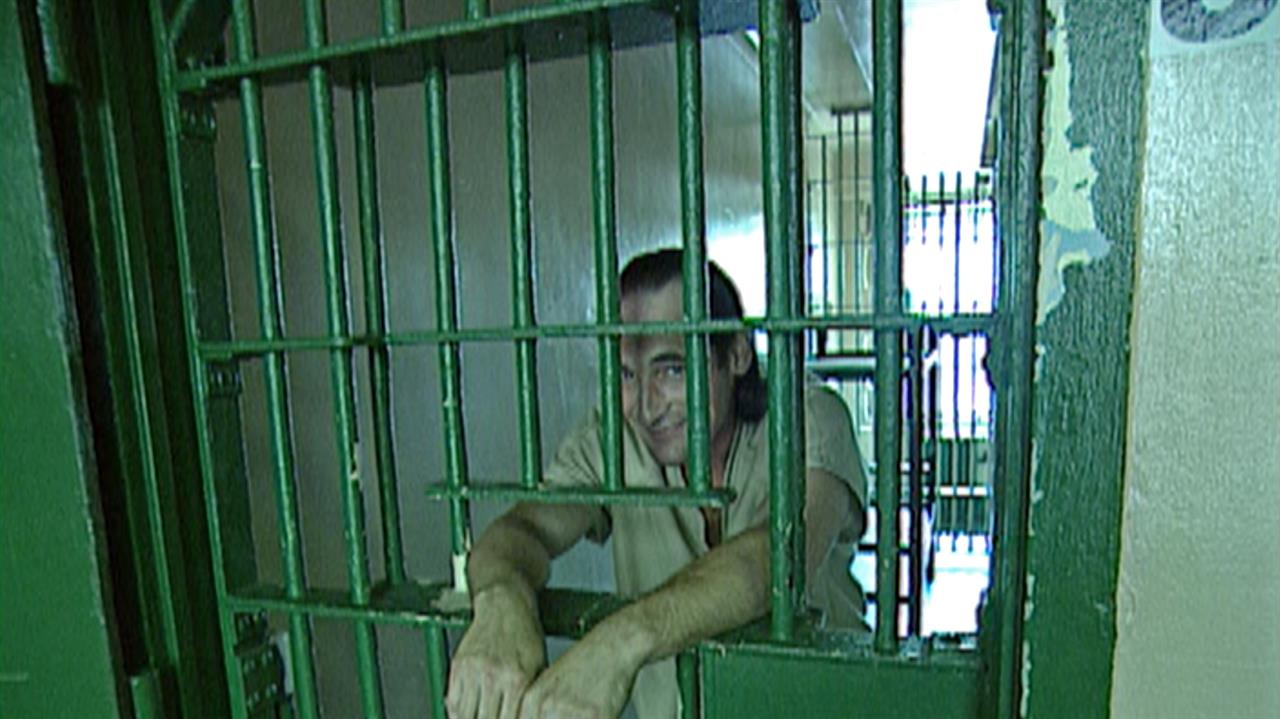 Life of Crime: 1984-2020 is a hard-hitting and empathic documentary that puts a face, a person, and a memory against the backdrop of addiction and criminal acts. Some of the footage in the film can be quite disturbing and difficult to witness but no one can deny its authenticity. This is a documentary that doesn’t preach to the audience, but instead invites you to meet a group of people whose lives were forever altered by drugs. Drug addicts are always on the news, television shows, and movies, but here the viewer gets the real deal.

There has to be an immense amount of credit to director Jon Alpert. HE followed along the paths of these three people in Newark, New Jersey. He let his camera capture the story and the audience gets to sit there and become astounded by everything that unfolds.

This is a film that is sure to be highly recommend to the D.A.R.E. program to show students. It’s just as impactful as Requiem for a Dream, but it holds even more sorrow as this film is about real people who faced real addiction. This is a powerful and evocative documentary that hits hard even if the story itself is almost too familiar.