Remaking a movie is a tricky task, and more often than not, it’s the good films that are remade into garbage. Stephen King has had a plethora of adaptations based on his writings, and only a select few of them are worthy of multiple viewings. The original Firestarter film from 1984, starring Drew Barrymore, was ruined by studio interference and tedious to sit through. After almost forty years, a remake of Firestarter has been released. Don’t feel bad if you don’t remember the TV-movie sequel from 2002. You would think that future filmmakers would understand how to remake a film to be better than the original and entice new audiences. Sadly, this remake is an abysmal failure.

Young Charlie (Ryan Kiera Armstrong) has had a strange feeling since she was young. She can control fire with unexpected results. These powers were given to her at birth after her parents entered into a medical research study. Her parents, Andy (Zac Efron) and Vicky (Sydney Lemmon), also have powers that they call “the push.” Using this “push” steadily debilitates them. Andy can use it to manipulate people’s minds, but it causes him to bleed from his eyes and feel physical pain.

They live off the grid, don’t own a cell phone, have no access to the internet, and are always informing their daughter that people are looking for them. Neither parent ever mentions who they are, but we learn that the corporation is named DSI. This movie never mentions what that name stands for (Department of Scientific Intelligence), nor does it introduce any character properly so that we can understand who they are or their motivations.

If you’re unfamiliar with the book or the first film adaptation, this movie does nothing to clarify its own plot or characters. We are left confused and wondering why certain characters are doing what they do. All that’s needed is some clarity when establishing the conflict and the villains on the hunt. Charlie struggles with her powers when bullied in school, so she has a list of items to focus on to control a violent outburst that could hurt someone.

Charlie can create fire spontaneously, and she hasn’t utilized the skills to control this power. One day, she’s bullied to the point that her anger gets the better of her and causes an explosion in the school’s bathroom. Somehow, DSI finds out about this and locates exactly where Charlie and her family live. How do they know? What methods are they using? The script is so unfocused that I kept trying to remember the plot points of the 1984 film to find some sense of direction for this remake. DSI hires John Rainbird (Michael Greyeyes) to locate Charlie. It’s possible that he worked for them in the past, but the company wants her for largely unclear reasons. They will help her control her powers and raise her right. Rainbird is ordered not to kill Charlie like the others as she is to be taken alive. Who are the others? What happened to them? Movie, please explain your entire story!

The leader of DSI is run by a woman named Captain Hollister (Gloria Reuben), who is after Charlie. The movie does not attempt to introduce her or inform the audience how she knows about this family. You know by now what happens. The killer arrives to get Charlie, and people are killed and set on fire. The kid cries, and we are left screaming at the screen for the lack of direction or clarity. Another complaint of this film is the lighting in many nighttime scenes. It’s either too dark or unfocused. It’s hard to ascertain what we are looking at, and whenever Charlie screams to activate her fire abilities it isn’t convincing to look at. Even the 1984 fire effects look more compelling! 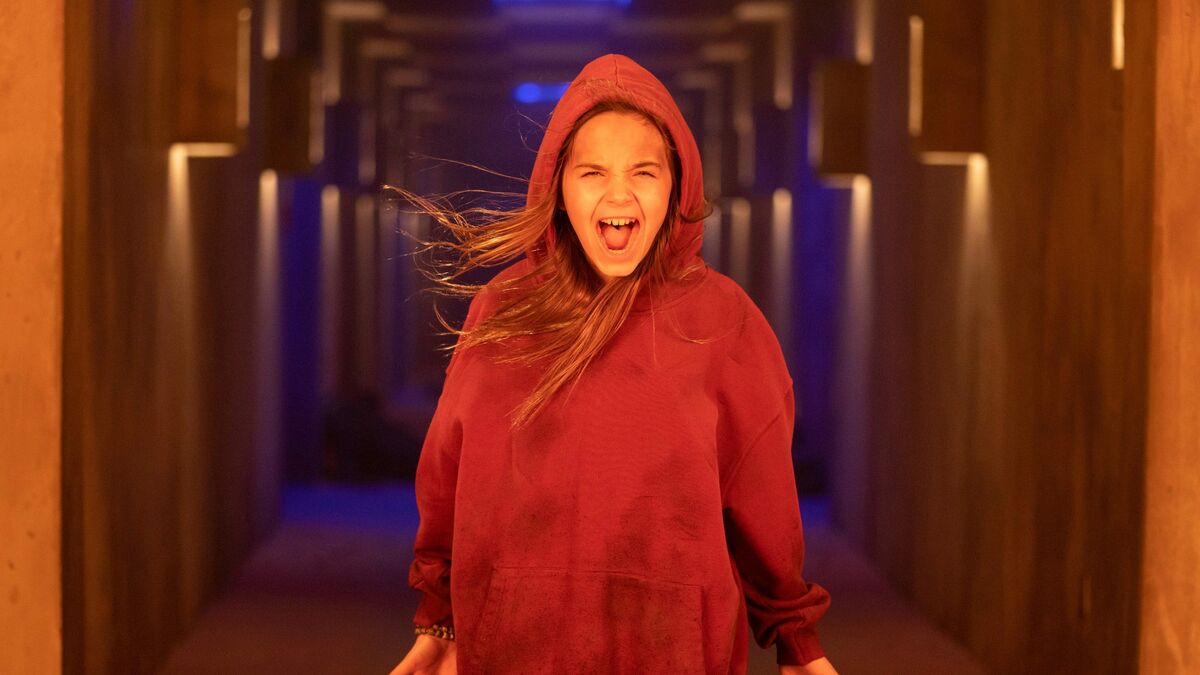 I don’t want to give this movie any more attention than I already have. The acting is decent enough, but in all honesty, there isn’t much acting required. The script (by Scott Teems) lacks focus and clarity, and the fire effects aren’t that astounding. The direction isn’t clearly understood, and the movie is as boring as 1984 version. Even Drew Barrymore was more interesting to watch than this girl. One more thing, I’m fine watching the bad guys get burnt to a crisp, but I’m not okay with watching a cat being burned nearly to death only to hear it suffer before being put out of its misery. No one wants to see that kind of cruelty!

Firestarter was an interesting story in its novel form, but no adaptation can ever seem to capture the excitement and fear that the book had. This remake was released thirty-eight years after the original, but it looks like a cheap TV-movie rather than a film production; and director Keith Thomas doesn’t bring any thrills or scares. It’s a tedious exercise that only attempts to surprise the audience with fire without the substance of a story that any audience member can get involved with. Firestarter is an embarrassing attempt at a remake that does nothing to bring the audience into what’s unfolding.

There are two ingredients when making a Stephen King adaptation: make sure the script is solid and that it equally matches the horror of the source material. Firestarter is perhaps the bottom of the barrel in adaptations from the master of horror.