Love is a beautiful thing no matter where you find it. Being straight, gay, bi-sexual, or transsexual isn’t a crime against humanity or a defamation of it, but in some parts of the world, it is. Welcome to Chechnya, a new documentary that premiered on HBO, is a powerful and an eye-opening look at the oppression that faces the LGBT community in the Republic of Chechnya as part of the Russian Federation. This is a documentary shot by a crew who evacuate people from Chechnya in order to live a free life where otherwise they would be targeted for their lifestyle. What transpires is an emotional journey that follows the lives of people who are forced to uproot their lives in the face of violence, torture and even murder.

Located in the Northern Caucasus of Russia, about sixty miles from the Caspian Sea, Chechnya is known as a republic that is a closed society with its own customs and language. It is ruled by a man named Ramzan Kadyrov who has been criticized by numerous international nations with accusations of human rights abuses that have occurred under his watch. Most famously, was the Anti-gay purges that have occurred in his country. Chechnya is mostly a Muslim, ultra-conservative society that views homosexuality as taboo and can cast a “stain on the entire family”. Honor killings are supported by Kadyrov in which family members are known to have murdered their own families if one being gay was discovered.

During the course of the documentary we meet several people who have become targets of such violence including being kidnapped by police and government authorities, taken to an undisclosed location and are subject to days of relentless torture, with some never being seen again. An organization was formed to assist in the evacuation of LGBT individuals who are seeking asylum in other countries where they won’t be oppressed and will be able to live a free life. One man is named David Isteev who is the Crisis Response Coordinator for the Russian LGBT Network. His job is to ensure the safety of every person who is seeking a visa into another country. He coordinates with this team to get these people into a safe location until their visas are approved. A painstaking process that can months if not years. 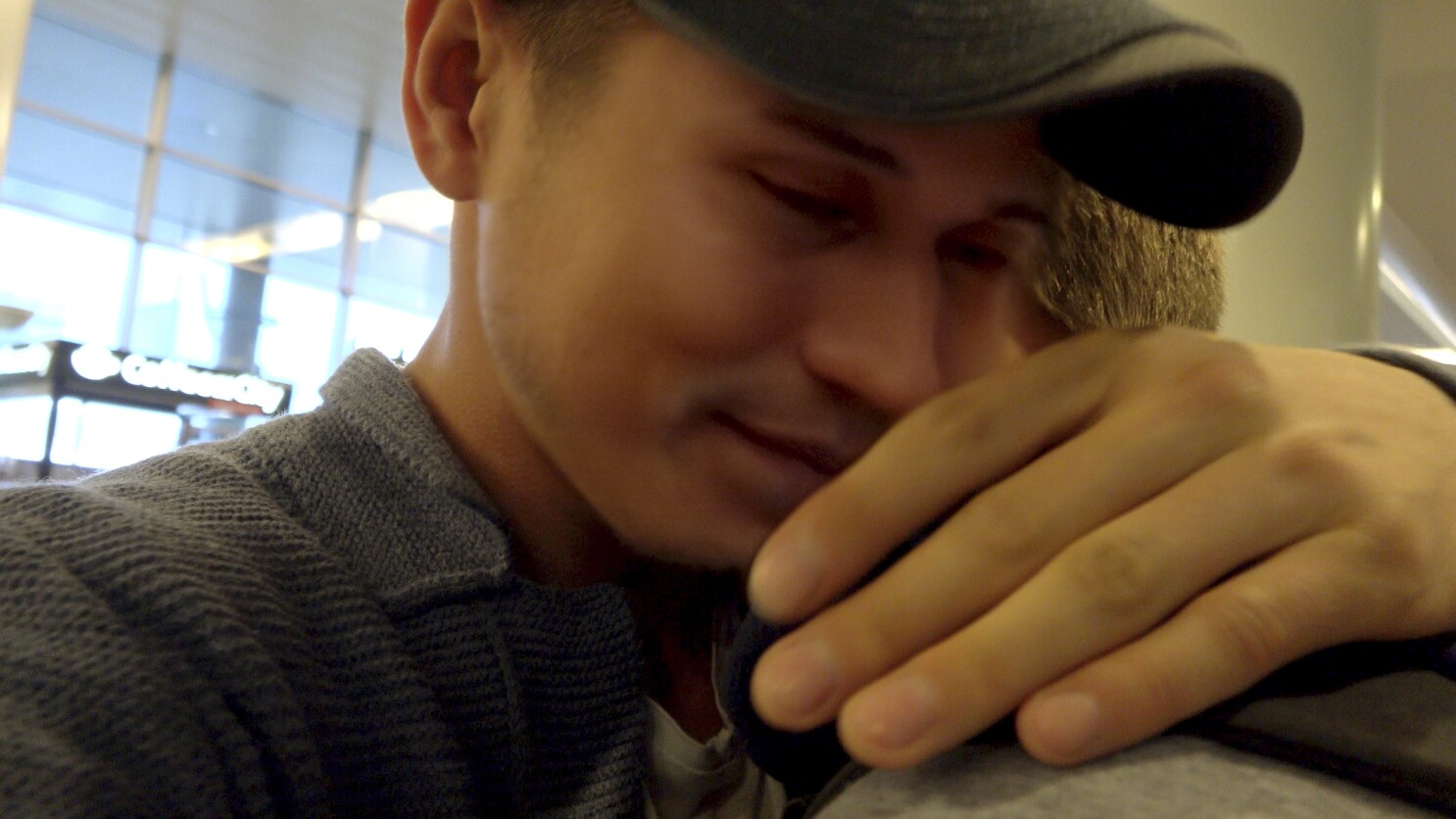 While they wait, they are placed into an apartment and are told not to leave under any circumstances. They can be taken without warning, and in the worst cases, are never seen again. Another key player is Olga Baranova, who is the Director of the Moscow Community Center for LGBT+ Initiatives. Her job is to get these people out of the country and get the freedom that they can achieve without the fear of being harassed or even killed. In the middle of meeting several asylum seekers, the documentary shows us footage that was intercepted by the LGBT community. The footage that is captured is recorded via government officials or caught on CCTV cameras. These scenes in particular are graphic to watch and even more so because they are real. They show assaults, rapes and even the murder of a woman by the hands of her family.

In the quest to help as many people as they can, the job can take its toll on David and Olga. We see the energy being drained from their bodies as they work tirelessly for these people. Imagine, you are freely walking down the street when all of a sudden, you are grabbed, thrown into vehicle and a never seen again, just because you’re not straight. According to Kadyrov, gay people don’t exist in his country. They aren’t pure Chechnyan’s if they are gay. Of course, when the media confronts him with questions, he shakes it off as if it was made up or something to make him look bad. The evidence is there and while it’s difficult to get someone who has endured this level of abuse to come forward, we are treated to seeing one taking that first step. His testimony is so emotional that I was moved to tears just hearing it and when he’s reunited with his partner, they share a hug that exemplifies the sheer risk that he took.

What moved me most was the guerrilla style filming that was applied to this film. The organization of the LGBT community put their own lives at risk in order to save just one person or even a family. The consequences of any or all of them being caught are almost guaranteed to involve torture or even worse, possibly death. We are in the front seat of this fight to end the oppression of the LGBT community in Chechnya and during the entire runtime I was gripped without ever taking my eyes off the screen even during the most gruesome and horrifying of moments. This isn’t a film for the faint of heart, this is a film for adults who may not be aware of this growing problem. This movie takes us on a three year journey and at times I felt a loss when one occurred. It’s extremely moving and undoubtedly upsetting, but it’s all too real.

Welcome to Chechnya is one of the most important documentaries of modern times right now. It encapsulates the lengths at which people will go to abuse and mistreat others while on the flip-side shows the amounts of deceit few will take to ensure their lives are threatened no more. Most of the names are changed in order to protect the vulnerable targets of the Chechen government and some names are real. Take Zelim Bakaev, a Chechen singer who disappeared on August 8, 2017 after attending his sister’s wedding. It’s speculated that he was a victim of the Chechen authorities as part of their systematic persecution of homosexual men. No body has ever been found and he’s still registered as a missing person to this day.

If any of this sounds familiar to the Nazi treatment of Jews or even Stalinism, then you would be correct. However, if you think that just because this doesn’t happen in your neighborhood it doesn’t mean that it can’t happen to someone you know. The LGBT community has every right to live a free and just life and witnessing the cruelty and inhumane treatment of a human just because of their sexual orientation should be enough to keep you awake at night. Welcome to Chechnya is an emotional ride that will shake you deep to your core. In the face of human rights abuses, one should not sit back and allow it to happen. I offer huge praise to the people who risk their lives in order to save one from a life of unimaginable pain and suffering. These are true heroes that are impacting the world. We owe them everything.