Are you in the mood to lose yourself for a couple of hours? Well, Jackie Chan is always good choice when thinking about the fun times when he was kicking butt and making us laugh along the way. His newest film Vanguard isn’t in theaters long and this marks the seventh collaboration between Chan and Director Stanley Tong (Rumble in the Bronx & Jackie Chan’s First Strike), and when these two work together, that’s when the magic happens!

The film involves a successful accountant named Qin Guoli (Jackson Lou) who is targeted by an elite mercenary group who are after him. They don’t want to kill him, but are after information and will go to any lengths in order to get what they want. Qin’s only hope for survival is the assistance of a covert security company named Vanguard. They were already assigned to protect him while the Chinese New Year was being celebrated in London and Tang (Jackie Chan) oversees all of the operations at Vanguard. While he primarily sits behind a desk, he’s one of the rare CEOs who will actually work out in the field with his agents.

The two main Vanguard operatives are Lei (Yang Yang) and his partner Kaixuan (Ai Lun). Both are highly skilled and when the villains are caught red-handed by the Vanguard team, these two operatives aren’t easily dispatched. Many of the fight scenes are very well-shot and choreographed and at times it did remind of the older Jackie Chan adventures that I grew up watching. Jackie Chan does arrive on-screen to fight off some of the goons, but we know that he’s aging and isn’t at nimble as he once was, but he does offer some surprises. Even today, it’s hard for me to see Jackie Chan shooting a gun; I don’t know it just never sat right with me.

The villains in the film are hardly memorable but is led by a man named Broto (Brahim Chab). He has a beef with Qin, but it’s nothing personal, at least for him. The dialogue is just plain goofy at times and sometimes I burst out laughing even during the tense scenes. Writer and Director Stanley Tong takes us to multiple locations including London, Africa and even the Middle East. The action is fast, relentless and there are even some moments that used very odd-looking CGI which annoyed me. Overall, this is a movie where after you see it, it would be difficult to even recall the plot. The only thing you need to know is that the bad guys want Qin, the accountant, and go to great lengths to kidnap his daughter Mi Ya (Miya Muqi) and the team takes turns attacking the mercenary group. The movie is silly and shouldn’t be taken seriously at all. 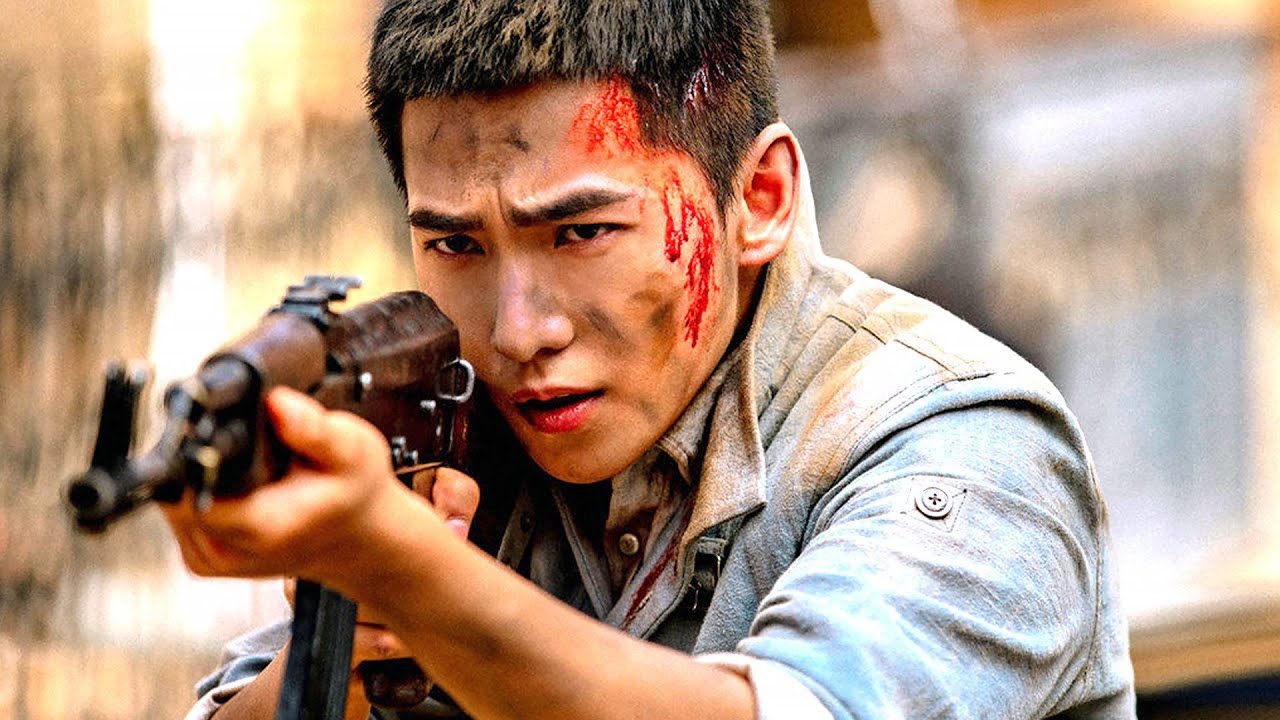 Vanguard delivers the goods on the action and fight sequences which I applaud. The downside is that the movie is overlong and just isn’t that memorable to add to the far better films of Jackie Chan’s filmography. Sure, he’s only a side character in the film despite receiving top billing but I did enjoy Yang Yang and the tumultuous situation he’s faced with when helping Mi Ya. Overall, Vanguard is a goofy movie with nothing really going for it, but I can’t say that I was bored while watching it. For die-hard fans of Jackie Chan, I seldom see the chance for this movie to rank high, but for someone looking for time to kill, then perhaps Vanguard will suit you when it becomes available on VOD or streaming.