What makes a killer commit the acts they do? It’s a question that has lingered in the minds of police detectives, criminal psychologists, psychiatrists and even the average person reading the paper ever since the term “serial killer” was adopted into modern life when discussing the annals of crime. Understanding a criminal is a near-impossible task but one that shouldn’t be avoided and throughout the years, we’ve come to gain a better understanding of the criminal mind, however, that aforementioned question is yet unanswered.  Crazy, Not Insane is the newest documentary from the always reliable Alex Gibney and explores the question that has always pondered the onlookers from afar.

The film follows the career of Dr. Dorothy Otnow Lewis, a psychiatrist who specializes in studying DID (dissociative identity disorder) or more commonly known as “multiple personality disorder”. Her career has seen her interview youthful offenders to some of the most infamous serial killers to wreak havoc in the United States. Whenever a murder or multiple murders occur, the public demand answers and are eager to see a suspect in custody. Once that happens, depending on the details of the crime, the public response is generally associated with “fry the pig” or “kill the bastard” for good measure. Crime and Punishment. Law and Order. Common phrases for people who openly support the death penalty for these violent criminal offenders.

While this is a common response from the public, one does have to take a step back and wonder why the killer acted the way they did. Sure, the crime scene photos are grisly enough without the news media blaring everything that was discovered on the evening program. Yes, it’s shocking. But, don’t you ever wonder why? I became fascinated in studying crime, specifically serial killers, starting in my early teenage years. I wanted to know what drove these individuals to commit the acts of atrocity and what their childhood was like. Something had to precipitate in order for the events of violence to unfold later in their lives. Dr. Lewis was a young and upcoming psychiatrist who wanted to know just that. The film talks about some of her cases where she interviewed killers, rapists and even serial killers. She dug deep into their mind and wanted to know exactly what was going on behind the eyes. What could the brain tell us? Her research along with several of her colleagues including; Richard Burr, Dr. Catherine Yeager, and retired Behavioral Science Unit Special Agent to the F.B.I. Bill Hagmaier; realized that something more was going on.

With the cases of these criminals going to trial with the possibility of the death sentence being imposed, Dr. Lewis would often take the stand for the defense and argue that the said defendant was crazy but not insane. In other words, it isn’t so simple to just label someone “insane”. Through her conversations, Dr. Lewis discovered that her clients often suffered an extremely harmful childhood riddled with neglect, physical and/or sexual abuse and that nothing was done in favor to the child to ensure a healthy upbringing. They were damaged and no one was there to help them. The victim became the abuser and in some of her cases, these victims would display evidence of DID.

It may be a hard concept to accept for some people especially families of the victims and that’s not to say that one should feel sorry for the criminals, but again, it isn’t so simple. Hearing the conversations of her clients almost brought me to tears hearing all the abuse they endured as a child. The rage inside building up, dissociating from their reality in order to protect themselves, and in the blink of an eye, something can trigger the darkest of memories and the monster is unleashed.

The movie wants us to know that when it comes to criminal trials, one shouldn’t look so linear in the courtroom. There are other possibilities. The Courts cannot put an incompetent defendant to death as that is unconstitutional, but does every killer need to be put into prison and forgotten about for the remainder of their days? Isn’t there another option on the table? Perhaps sending them to a hospital where they can be treated and studied so that future abuse can be detected and/or averted so that future killers won’t come to fruition.

Dr. Lewis argues that the Court should punish these criminals but not necessarily sentence them to death. With all her research, juries are simplistic and don’t appear to be impressed with giving clemency to the already damned. This is an important film not just because of its subject matter, but knowing when and why to condemn someone to death. That’s a heavy toll to bear, and there’s even a moment where Dr. Lewis interviews an actual executioner. What she finds when talking to him is quite the surprise and informative. 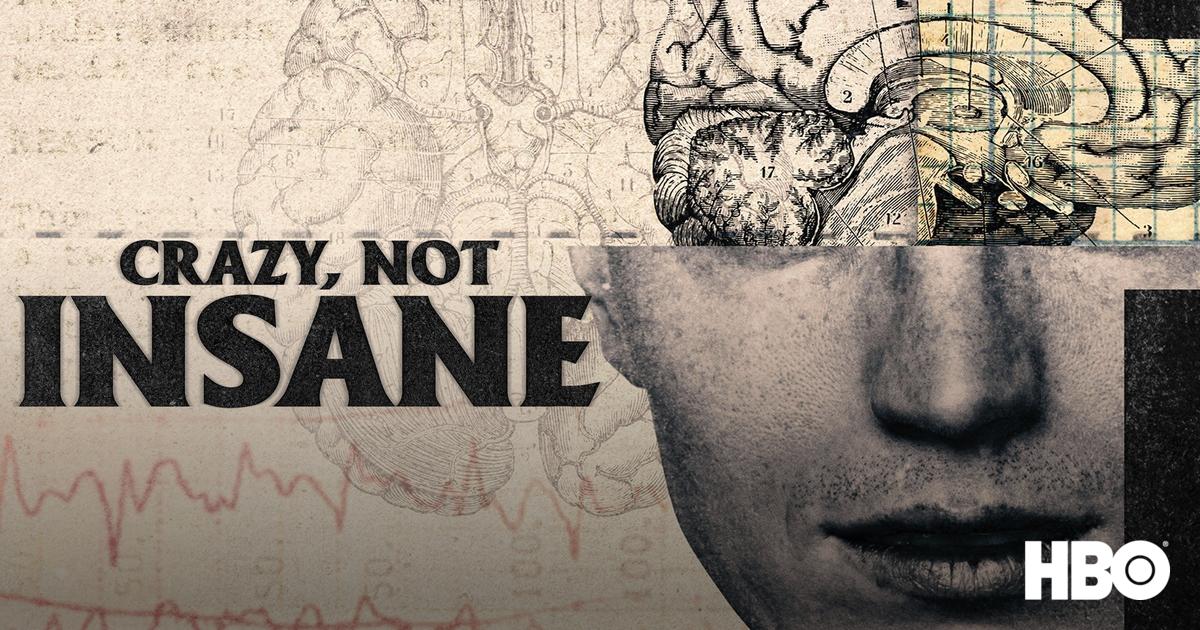 Crazy, Not Insane is an encapsulating documentary that dares to examine the questions that most people don’t care to ask in regards to a criminal. While we may be aghast at the horrors these people do, if we look back and peel back all the layers, then we may come to understand why such events unfolded. This isn’t to defend or justify these criminals but it is a way to understand what drove them down this dark path. It raises vital questions especially with abuse and parenting and in some cases, what you hear may just tear you apart from the inside out. This documentary should open your eyes into the world of the criminal mind, our criminal justice system and the open-mindedness (or in some cases close-mindedness) of juries and people alike. If you’re looking for an intelligent and absorbing documentary then add Crazy, Not Insane to your watchlist.