The mind is complicated to understand, and whether you’re trying to explore the minds of women or men, the answers you seek may never be what you expect. Alex Garland has proved himself to be a visionary with the stories he has written and his directing style, with his two previous films being Ex Machina and Annihilation. His third film, Men, is a creepy movie with unnerving scenes of suspense, compelling performances from its two leads, and an experience like no other this year.

The movie follows a woman named Harper (Jessie Buckley) who has left the city’s fast-paced lifestyle in favor of a vacation retreat. Following an insurmountable tragedy, Harper is looking to relax and find a sense of closure following the death of her husband. After a bitter fight, her husband James (Paapa Essiedu) falls to his death in front of her eyes. Harper finds solace in a rental property in the countryside, four hours from home, as the prime location to get away from everything.

She’s rather excited about this trip and hopes it will help clear her mind. Sadly, the exact opposite happens. The property owner is a quirky fellow named Geoffrey (Rory Kinnear). He’s an odd man who tends to smile way too much and just has a certain weirdness. Maybe it’s his country ways that tend to rub us the wrong way, or we are too quick to judge. Harper spends her time trying her best to blot out her husband’s death, but the pain is overwhelming.

She takes a walk in the woods, and all is fine as she enjoys the lush scenery of nature until she spots something unexpected. A naked man stands alone not more than a couple of hundred yards away. He doesn’t say anything or attempt to communicate with her, just stands there in silence while he’s exposed to nature. Harper is alarmed by this sight but ignores him. Not much later, the naked man appears again on the rental property, and Harper calls the police.

More strange occurrences happen to Harper as she explores the small village she’s staying at. A young kid accosts her after she doesn’t accept his offer to play hide and seek. A vicar consoles her about her troubles and talks to her condescendingly after he witnesses her scream inside the local church. The police let the naked man go for no apparent reason, and the men elsewhere in the village either look alike or something bizarre is happening. Is Harper slowly descending down a rabbit hole of uncertainty?

I won’t spoil the revelations that occur in Men, but oddly enough, the movie is so creepy and nail-biting that I was left conflicted by the film’s conclusion. The performances by Kinnear and Buckley are tremendous here, but the themes present in the film may wash over you, leaving you confused. Think of this movie similar to Darren Aronofsky’s mother! It’s sort of the same idea, but the message is buried deep in the movie that mainstream audiences may be scratching their heads or running out of the theater.

There are scenes in this movie that would make Clive Barker blush with excitement, and for those of you who love to see body horror, Men will deliver the goods. But I’m not sure if that is a glowing recommendation or a stark warning. From the previews of Men, this appears to be a harrowing tale of a woman trapped in a hellish ordeal. A puzzle has formed around her, and the keys to unlocking the mystery are nowhere to be found. Once you’re in the theater, the experience will vastly differ from what you thought it would be.

I will say that Men did creep me out and kept me wondering what would happen next. By the third act, I was writing down my inner thoughts, which varied from frustration, nausea, and the sense of asking Alex Garland, “Ok, what were you thinking at this particular moment?” This isn’t a bad film, but it’s not one that people will be running to grab their tickets or engage in meaningful conversation once you leave the theater. At best, it’s just really weird. You’ll either like it to a certain extent or the feeling of washing off what you just witnessed. 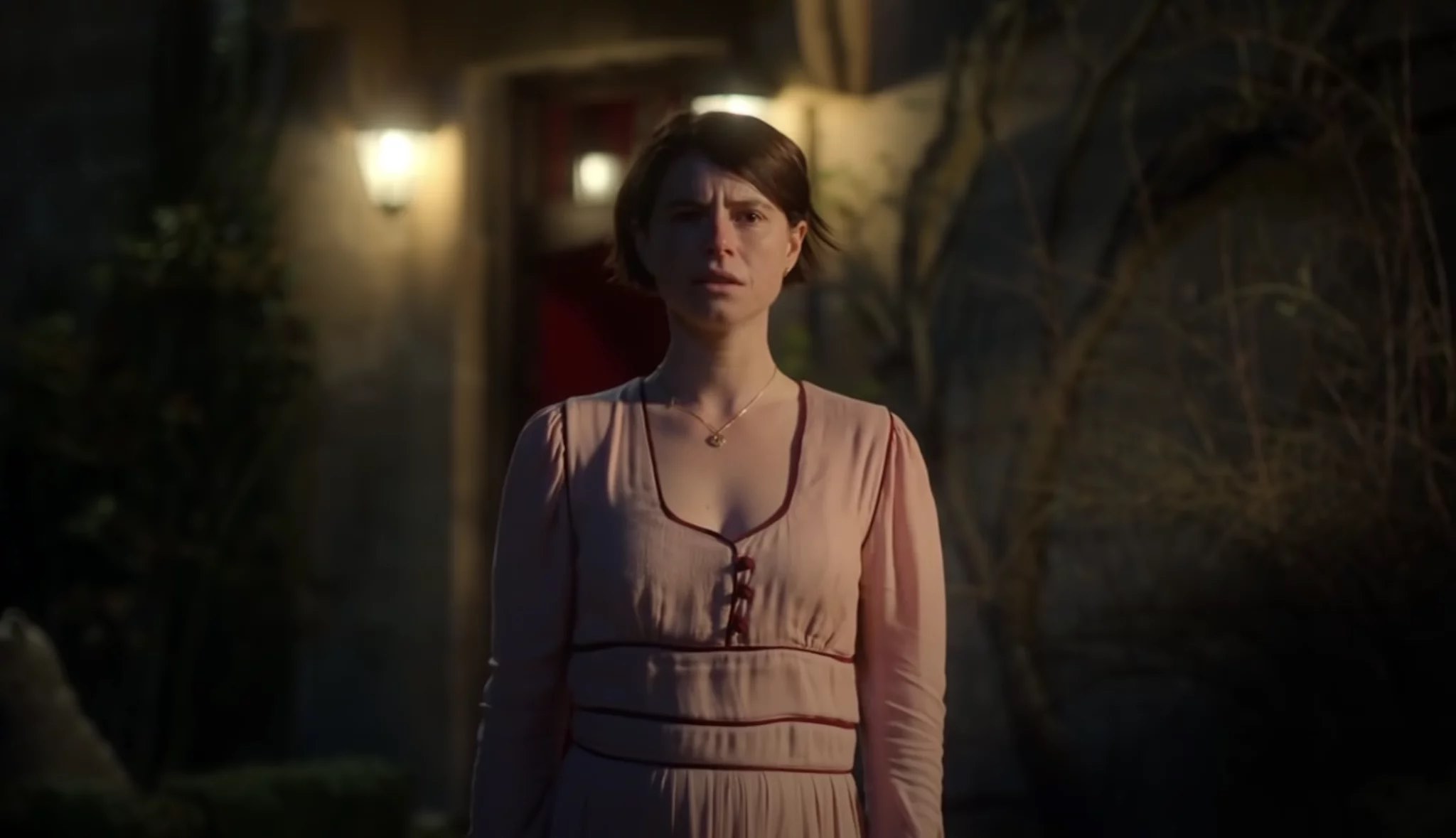 Men is undoubtedly one of the most unique and disturbing films of the year. Buckley and Kinnear’s performances are a highlight, but the story itself is far from interesting. The majority of the film works in terms of suspense, unease, and the sense that something very wrong is happening in this small village. On that note, Alex Garland is a visionary. The cinematography is immense and inspiring, the soundtrack sends chills down your spine, plus the movie is designed to make you uncomfortable. I will give him credit for making me feel queasy in my seat. But for everyone else, Men may be too interested in its own folk tale than presenting a compelling story.