A True Romantic Gem is Found in ‘What Do We See When We Look at the Sky?’- Movie Review

How does one define their personal life? It’s a question that lingered in my mind while viewing a film from the country of Georgia named What Do We See When We Look at the Sky? This movie may be marketed as a romance film or even described as a romantic film, and in many ways, it is, just not in the way that you may be thinking. Director and screenwriter Alexandre Koberidze take us on a journey that opens our eyes to the world beyond our thinking and expands his vision into a story of love, appreciation, and acceptance. Think of this as a modern-day fairy tale that can simply draw its roots to the oldest stories regarding love and mystery.

The movie takes place in the city of Kutaisi, Georgia, one of the oldest cities in all of Georgia, and we ascertain that the director truly admires this location. The plot of the movie follows two individuals who bump into each other on a street corner. They apologize for the minor incident and continue on but later meet again at an intersection of the city where Giorgi (Georgi Bochorishvili) asks Lisa (Ani Karseladze) out on a date and meet him at an outside café the following evening. They both agreed to meet, and they are both pretty excited about this formal meeting.

Once Lisa arrives home, she realizes that a spell has been cast upon both of them, meaning that something terrible is about to happen. When morning comes, something has indeed happened to both Giorgi and Lisa. They have physically changed, their hobbies, interests, and skillsets are gone, and if they ever see each other again, they won’t even recognize each other! A horrible predicament, no doubt, and even witnessing the sudden change to their bodies and everything they’ve lost is a genuine shocker to them both. 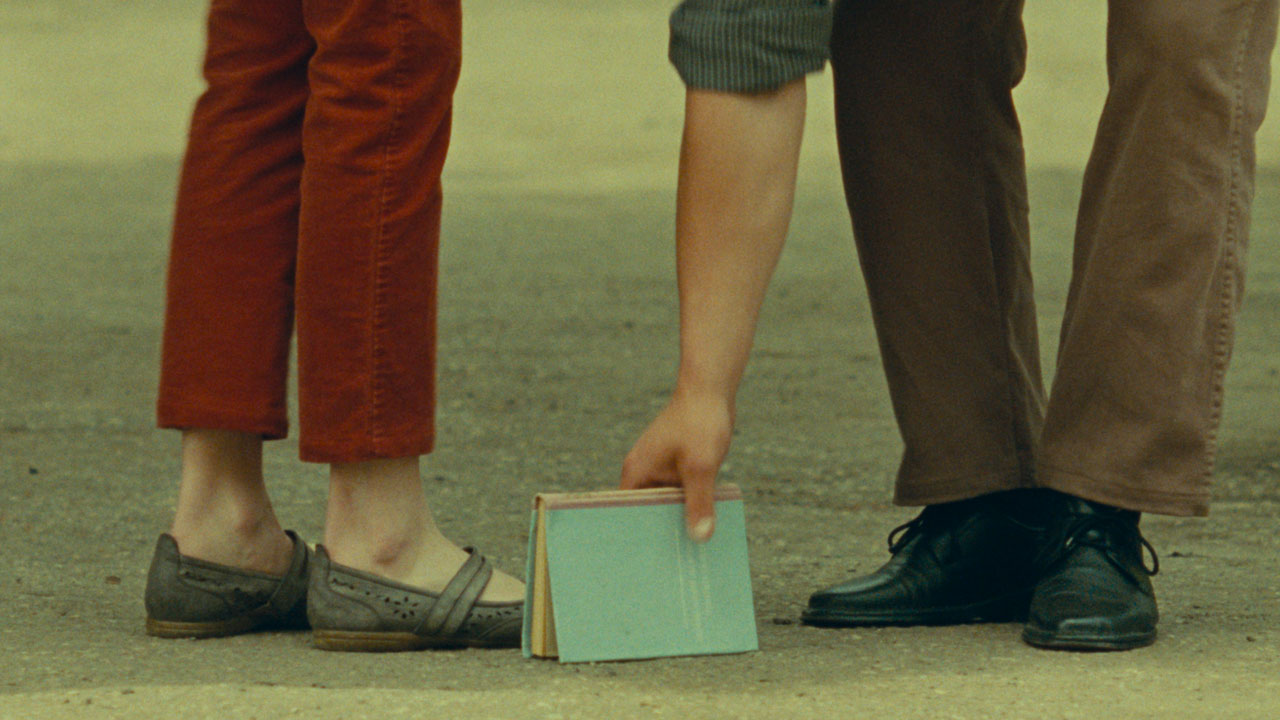 While the movie could follow these characters, the movie decides to expand the story into a fascinating tale of love, the life of the mundane, and the appreciation of seeing what’s in front of you. We get numerous sequences of the beautiful landscapes of Kutaisi that are combined with lasting musical overtures that encapsulate the audience into a splendor of imagination of escapism. From there, the director crafts his film into a visual feast for the eyes as his camera focuses on the little things that we usually would take for granted. Kids playing in the park, young teenagers singing at an outside café, and the exploration of how Giorgi and Lisa adapt to the profound alterations of their own lives. Lisa worked at a local pharmacy, whereas Giorgi was an avid soccer player whose love for the game and the World Cup are seemingly nonexistent. What will they do with their lives now? What changes will happen to them and, will the curse that was beset upon them be lifted?

As the movie unfolds, we see the director’s vision on full display, even if the movie is too long for its own good. At two and a half hours, I was impressed with the slow-paced and realistic portrayal of ordinary life, but as a movie itself, it may prove to be a tedious affair for some. That isn’t to say that you should skip this movie, but it does offer a unique experience that asks the audience to slow down and just relax. It’s rare to find a movie of this caliber, and the two main actors, Bochorishvili and Karseladze, are very good here. I will note that if you’re expecting any physical romance such as kissing, hugging, or sex, then your expectations will not be fulfilled. This is a romantic take of life itself and embracing the mundane and settling for simpler times. I found myself immersed in this movie in more ways than I expected. 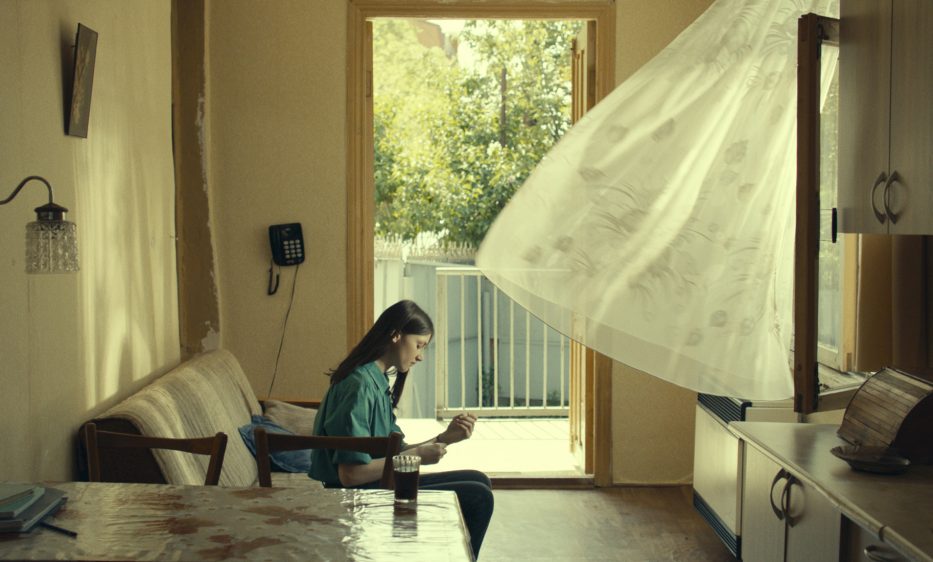 Thanks to a good central cast, authentic set designs and, wonderful direction from Alexandre Koberidze, What Do We See When We Look at the Sky? is a unique and original film that benefits from its simplicity. Like a modern-day fairy tale, it works and even reminded me of Shakespeare’s A midsummer night’s dream in some ways. It’s such a relief to see characters engaging in everyday activities where the phone is a thing of the past, and we are focusing on the here and now. This is a movie that opens our minds and reminds us of where true happiness can be found. The script itself may not offer much in terms of substance, but the visionary display, the incredible musical soundtrack, and seeing the city of Kubaisi itself is a treasure in and of itself.

What Do We See When We Look at the Sky? premiered at the 71st Berlin International Film Festival last year and saw a limited release in theaters. The film is available on the Mubi app, which offers a unique look at cinema and this film fits perfectly into that category of truly original works of art.