Olivia Wilde Tweets Photo – But From What? 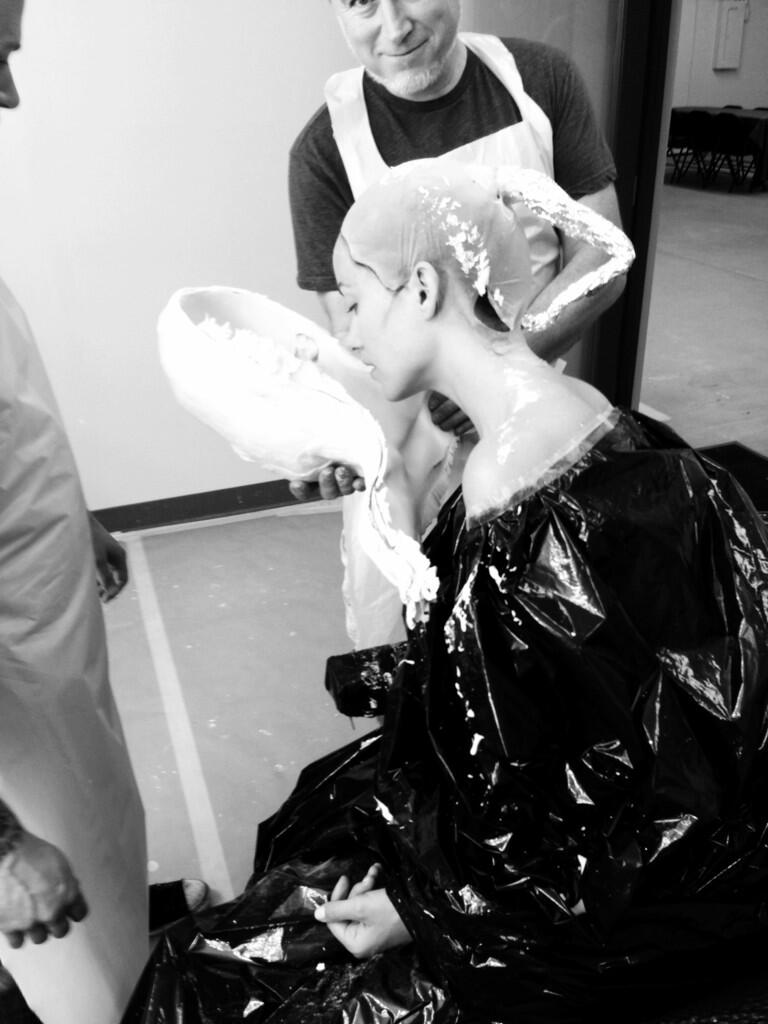 The question immediately to everyone’s mind is, What movie is this for, and how will it be used? Let’s look at the likely candidates.

Topping the list is Relanxious, written and directed by relative newcomer Christopher Storer, but boasting a cast of Wilde, Jason Sudeikis, Brie Larson (21 Jump Street, The United States of Tara), and SNL alum Fred Armisen. The story follows two agoraphobic people who engage in a relationship over the phone, fantasizing about the dates they’d go on if not mutually paralyzed by their social fears. While not much is known about the movie, based on the premise it seems quite possible that dream/fantasy sequences could make multiple appearances. Perhaps George (Sudeikis) gets cold feet when he imagines hundreds of mannequin-like Barretts (Wilde) from whom he can’t escape. Could explain the face molding. As Wilde’s only “go” film that has yet to begin shooting, this seems the most likely answer.