Hold onto your butts, because all kinds of Marvel movie news just hit the airwaves, some tidbits more exciting than others. We have Marvel Studios President Kevin Feige on the record regarding the Avengers 4 trailer release, the possibility of Namor the Sub-Mariner making an appearance in the Marvel Cinematic Universe, and the status of Guardians of the Galaxy Vol. 3. Then we also have a new addition to the already-stuffed Avengers 4 cast and an update on the plan for Marvel’s 2020 movie release schedule.

First up, entertainment reporter Erick Weber took to Twitter after launching some random questions at Feige while attending a Black Panther event in Los Angeles, CA a few nights ago. Weber received a few tantalizing answers from Marvel’s head honcho, managing to confirm that the Avengers 4 trailer is coming before year’s end, Marvel punching bag and sexy Merman Namor the Sub-Mariner may eventually doggy paddle into the MCU, and the troubled Guardians of the Galaxy Vol. 3 production is indeed on hold as previously indicated as the search for a new director continues. Check out the tweet below.

1) AVENGERS 4 trailer "before the end of the year"
2) Namor COULD make an appearance, still deciding IF & when
3) GUARDIANS 3 status "on hold"

Next up, Avengers 4 casting news, as 13 Reasons Why star Katherine Langford joins the fight. The Wrap reports that the actress has completed filming for an unidentified role in the upcoming superhero flick. Langford nabbed a Golden Globe nomination for her role as Hannah Baker on Netflix’s 13 Reasons Why, exiting the show after season two as the series prepares to return for season three in 2019. Marvel declined to comment on her involvement, and there’s no telling who she could be playing; possibilities include Miss America (America Chavez), Ms. Marvel (Kamala Khan), fan-favorite Squirrel Girl, female Hawkeye (Kate Bishop), She-Hulk, or even Moon Girl.

Finally, That Hashtag Show claims that Marvel’s 2020 film release schedule is now set. The studio plans to release Scarlett Johansson-starrer Black Widow on May 1, 2020, while The Eternals follows on November 6, 2020. The article mentions that Black Widow will be filmed in Croatia, while production on The Eternals should begin in the final quarter of 2019 and will likely take place primarily in the UK. Black Widow focuses on ex-KGB agent Natasha Romanova, who winds up in New York after her government puts a hit on her, and The Eternals takes place millions of years in the past, centering on cosmic beings called Celestials as they attempt to create super-powered humans.

Had enough Marvel for one article? No? Fine, you insatiable gluttons, here’s a hopelessly sexy image of Namor to tide you over until he swims into your dreams (hopefully) soon after Black Widow and The Eternals piggy-back on 2019 releases Captain Marvel, Avengers 4, and Spider-Man: Far From Home. Enjoy, and you’re welcome. 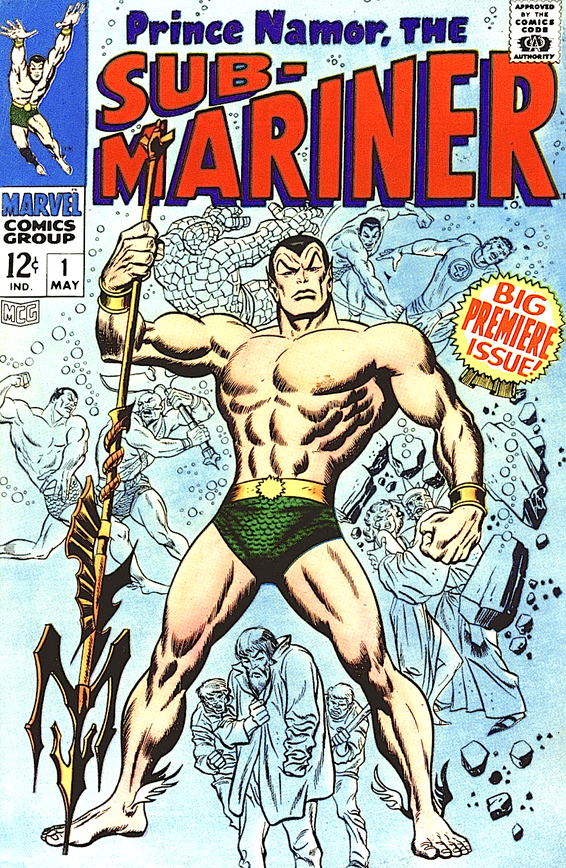