Disney Studios gave the public a first look at its concept art for The Jungle Book in December 2014 (shown above).

The first official poster for the film (shown below) was unveiled Saturday at the D23 Expo in Anaheim, California. The teaser poster, in dreamy yellows and greens, shows Bagheera the panther, intently looking at a squatting Mowgli while creatures of the lush jungle, including Kaa the python, look on. 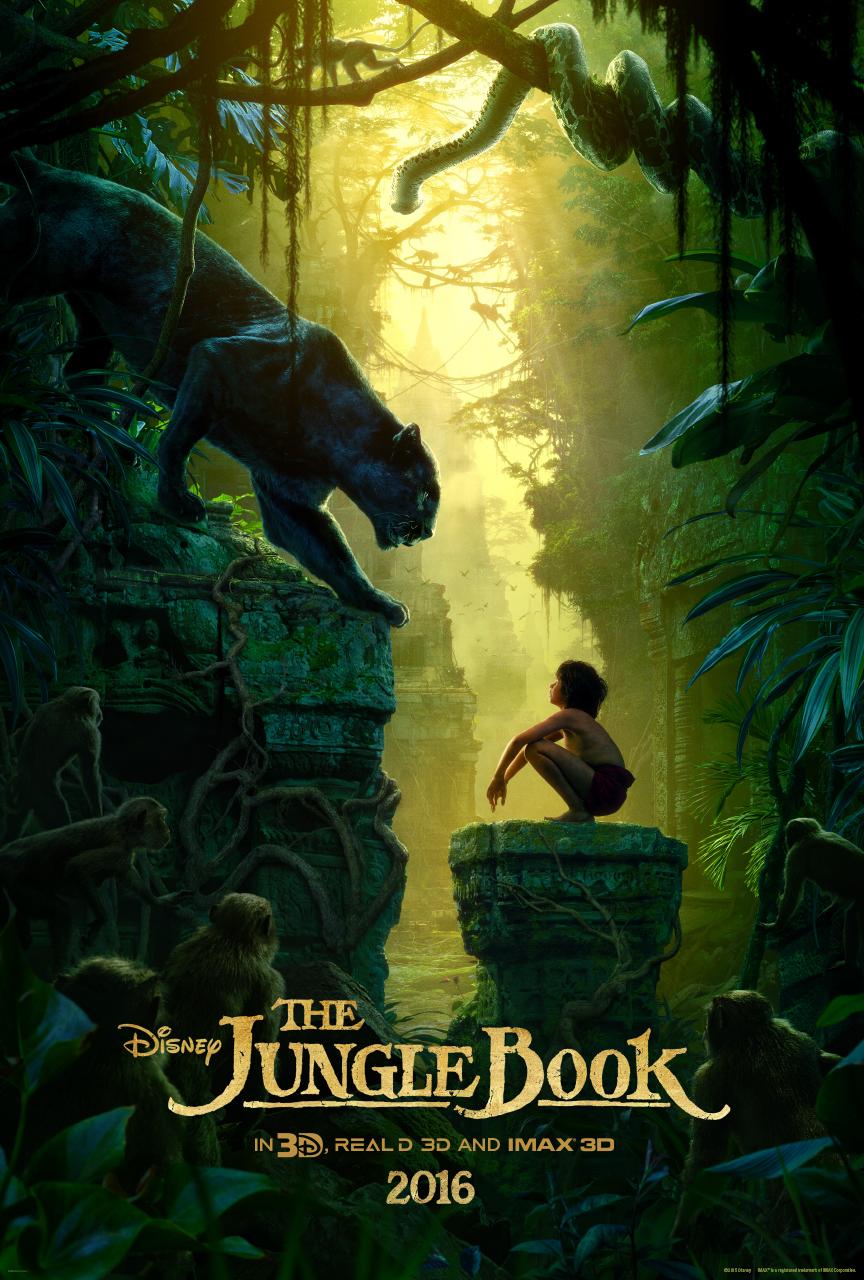 Whereas Disney’s 1967 film of the same name was an animated feature, this new remake is a blend of live action and state-of-the-art CGI animation. Director Jon Favreau (Chef, Iron Man) commented, “the best CGI is the CGI that disappears.”

The script, based on the original 1894 Rudyard Kipling story, is written by Justin Marks (Street Fighter: The Legend of Chun Li), who is currently tapped to pen Top Gun 2. The tale follows the jungle adventures of Mowgli (played in the film by newcomer Neel Sethi), an abandoned human boy raised by a family of wolves. The lineup of voice actors includes Bill Murray (Baloo, a free-spirited bear), Ben Kingsley (Bagheera, a panther and mentor to Mowgli), Christopher Walken (King Louie, an orangutan who wants to find out man’s secret of fire), Idris Elba (Shere Khan, a fearsome tiger), Scarlett Johansson (Kaa, a hypnotic python), and Lupita Nyong’o (Raksha, Mowgli’s adoptive wolf mother).